The Sitar Sounds of Anoushka Shankar 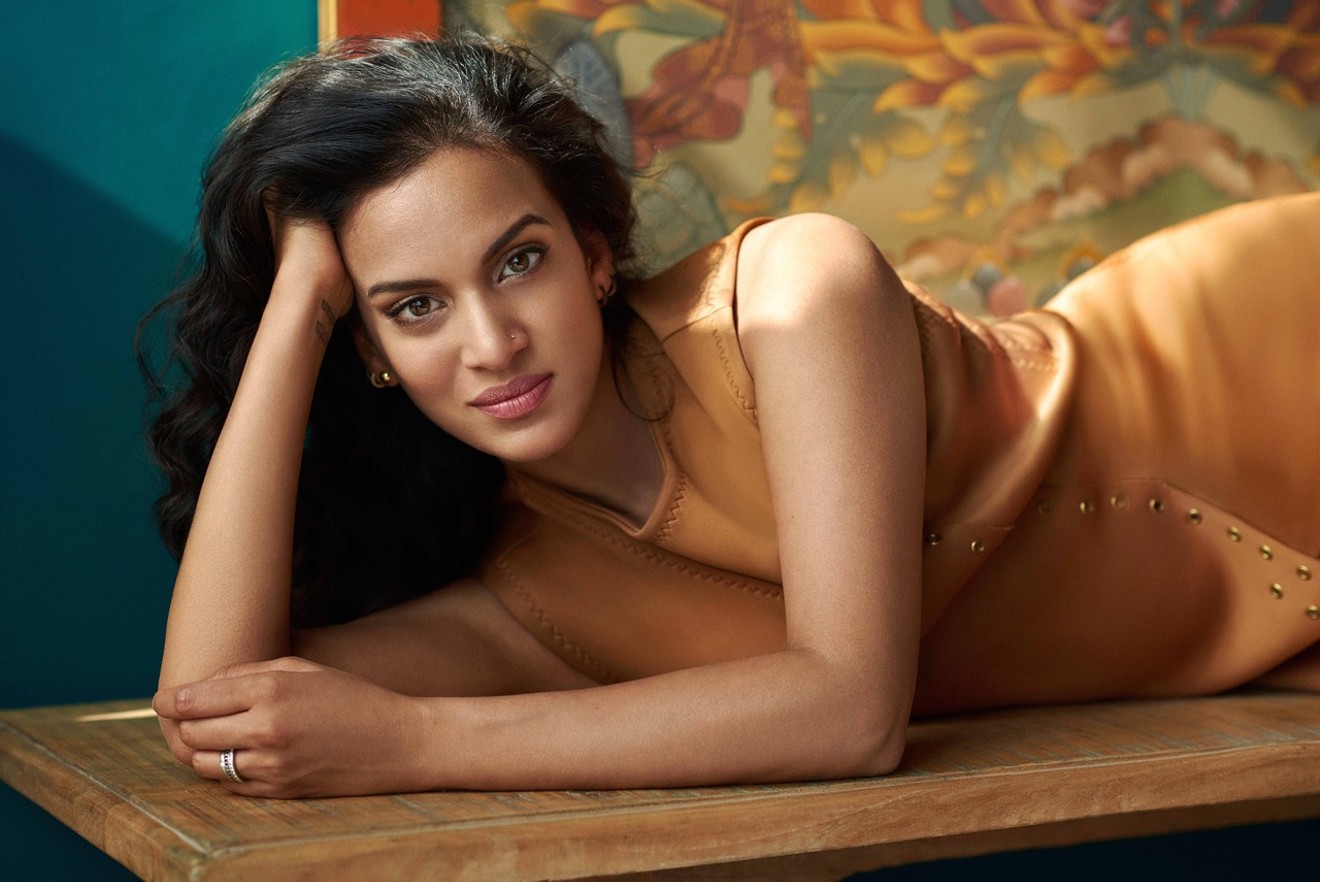 Anoushka Shankar celebrates two decades with a compilation CD and tour. Photo by Anushka Menon/Courtesy of JP Cutler Media
Anoushka Shankar gets it, she really does. She understands that when the general public hears the very distinctive sounds of her musical instrument of choice – the sitar – certain images come flowing into the mind. Certain images of an Age of Aquarius, or the sound coming from a 45 by the Beatles, Byrds, or Rolling Stones.

She’s also aware that her father – the late Ravi Shankar – was arguably the original source of it all that because he (with a little help from his friend and student, George Harrison) popularized both the sitar and Indian classic music in the late 1960s, bringing it to many Western ears for the first time.

Deutsch Grammophon record cover
But as she has done throughout her entire career, Anoushka Shankar is pushing the boundaries of how the instrument is heard, perceived, and used in today’s musical climate. A new compilation record, Reflections, features not only Shankar’s take on traditional Indian music, but songs in the ballad, Latin, trance, and chill genres. She plays on March 10 with an ensemble at the Stafford Centre.

“I’m really trying to demystify the music and the instrument. There’s something quite tiresome about that sort of ‘60s exotica still coming into the conversations. It’s not all incense and magic carpets!” she says from her home in England. “I’m also trying to show the breadth of the instrument and how meditative it could be. And I love to share that with people.”

Shankar notes that Indian classical music “stands alone” as an immense and significant ancient traditional musical style. But she also feels that it can be an immediate, improvised, and a fresh type music.

She began taking sitar lessons under the tutelage of her father at age 7. And it was just a few years later that she began sharing stages with him on other instruments before making her public debut on the sitar at age 13. While still a teen, she embarked on a solo career that began with the release of 1998’s Anoushka.

“I obviously grew up being introduced to the music in a very intimate way. And I include a lot of the more modern crossover elements in what I do. That helps to frame the music in a way that people can approach it with more of an ease and comfort,” she says.

As for her live performances, while Shankar sits center stage and under spotlight, she’s very much in tune with the other musicians on the stage playing a variety of Indian instruments, along with singers. And even she doesn’t know where each performance is going to go once the ensemble begins to gel.

“This music is very improvised by nature, and very centered around the alchemy of the musicians. It’s really a dialogue that’s happening between people and call and response evolution with each person’s input and ideas,” she offers. “I grew up playing and performing that way, and it fires me up. I feel charged and alive playing with musicians who are pulling the best out of me.”


Reflections samples from many of her albums on the Deutsche Grammophon label, and she is proud of it and what it represents. She also understands that compilations, anthologies, and “greatest hits” records tend to put a cap on an artist’s career. And at the relatively young age of 37, Anoushka Shankar has a lot more writing and recording that she wants to do.

“I had some of that same thought process and [trepidation], that ‘Well, I’m still very much a creative person and making new music,’” she says. “But there is something quite meaningful and poignant on a personal level to take this record and look back, to express some gratitude. Each [track] has a story of its own, and I tried to create a thread here in the selection.”

Ravi Shankar, who passed away in 2012 at the age of 92, was considered by many not only the greatest-ever player sitar player, but the virtual human face invariably attached to the instrument itself. So when his daughter remembers her musical lessons, does she remember more “Dad” or “Ravi Shankar?”

“It’s always hard to answer questions like that because it was just part of my reality. He was my dad and he was my teacher. So I didn’t really experience the moment of ‘Let me pinch myself this isn’t real’ in his living room,” she says. “I was aware of who he was and what he was and the respect people had for him, so it was kind of
mixed.”

Anoushka Shankar on the sitar and its image: "It's not all incense and magic carpets."
Photo by Anushka Menon/Courtesy of JP Cutler Media
Until the end of his life, Ravi Shankar hardly rested on his laurels, practicing the sitar constantly in search of a new pattern of sounds or to keep his chops up. Anoushka says she tries to play every day – from 20 minutes up to three hours – but real life often intervenes.

“I have to be flexible, since I’m a single parent of two boys!” she laughs. “I’m one of those people that has to remember to be disciplined and choose to play and really tell myself to do it. Equally, I’m a fan of taking time off after a tour for a couple of weeks. And then I come back to it fresh.”

George Harrison was Ravi Shankar’s most famous student, introducing his teacher and Indian music to a much wider audience. Not to mention (at Ravi Shankar’s suggestion) organizing 1971’s The Concert for Bangla Desh. It is often credited as the first major altruistic rock concert, raising (and still raising) funds to fight hunger in the country.

And while “Uncle George” and the Shankars didn’t exactly sit around on the floor playing sitar jams all night long, the did spend much time together, especially when Harrison would produce or contribute to Ravi’s records.

“We spent a lot of musical time together over the years. He would come and watch my lessons with my dad. And when George produced one of my dad’s albums, I had input there as a conductor of small ensembles,” she says. “You can imagine how incredibly educational it was.”

As for Texas, Shankar has spent time in the state, sometimes with her half-sister, singer/pianist Norah Jones (who grew up in Grapevine). She also has an aunt and her family in Houston. But it was a discovery of a more basic need and delight that she most remembers about the Bayou City.

“I remember years ago being really amused and happy there was those night-time Pakistani stands where you could get paan!” she laughs, surprised at stumbling across the traditional southern Asian food. “I wouldn’t have thought of finding that, on the streets of Houston!”

For more on Anoushka Shankar, visit AnoushkaShankar.com
KEEP THE HOUSTON PRESS FREE... Since we started the Houston Press, it has been defined as the free, independent voice of Houston, and we'd like to keep it that way. With local media under siege, it's more important than ever for us to rally support behind funding our local journalism. You can help by participating in our "I Support" program, allowing us to keep offering readers access to our incisive coverage of local news, food and culture with no paywalls.
Make a one-time donation today for as little as $1.