Anthony Ramos Swings for the Fences on New Album and Tour 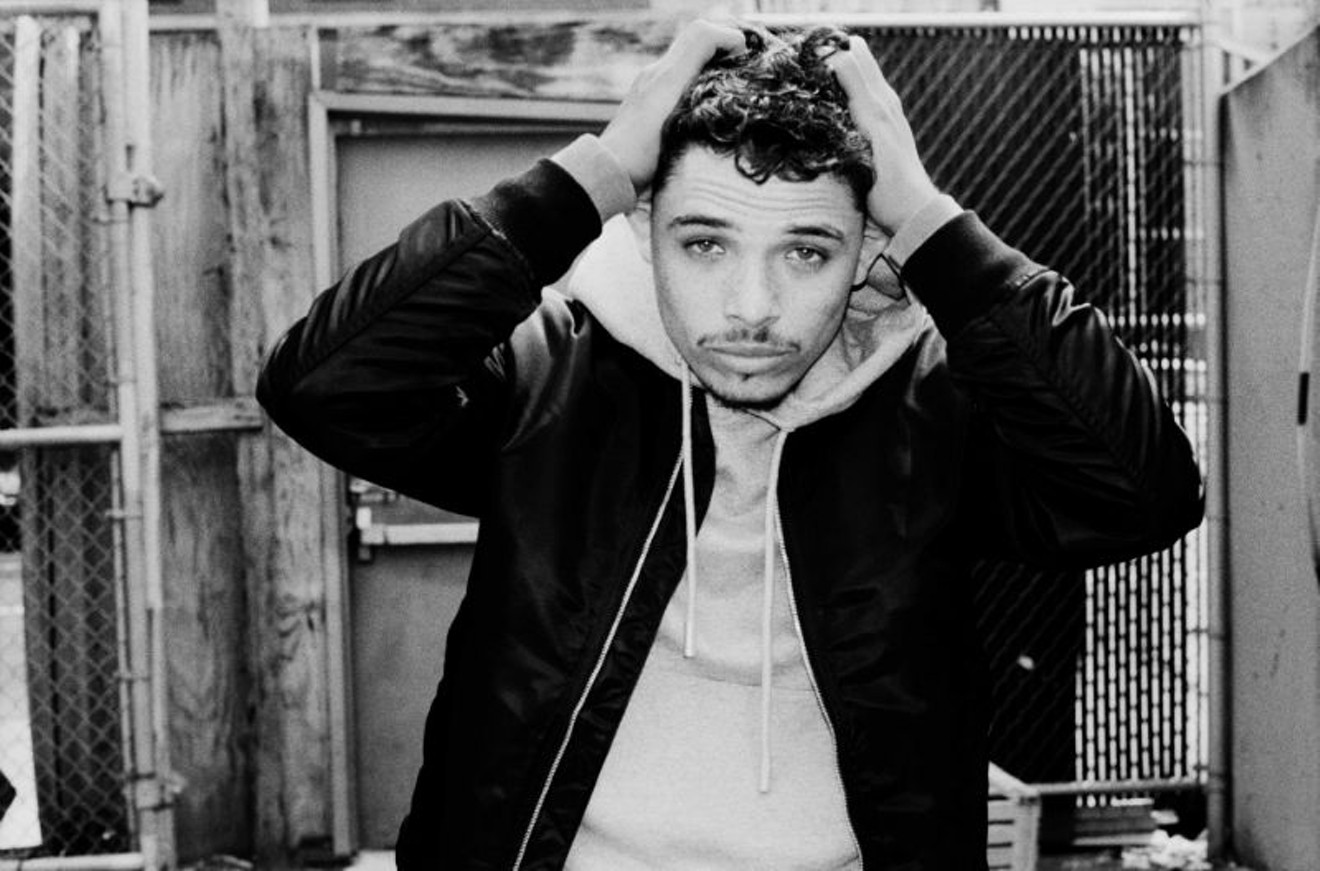 Baseball might seem like an odd place to start an interview with a star of stage and screen, but not so when the star is Anthony Ramos. Ramos broke onto the entertainment scene as an original cast member of the Broadway smash Hamilton. That led to movie and television roles, most notably playing Lady Gaga’s bestie in A Star is Born and recreating the iconic Mars Blackmon in Spike Lee’s Netflix series She’s Gotta Have It. Ramos just released his debut LP, The Good & The Bad, and his first headlining tour stops at House of Blues’ Bronze Peacock on Tuesday, November 12.

It’s been a whirlwind, sort of like the half-inning where the home team bats around. In high school, Ramos pitched and played second base. His nickname in his Bushwick neighborhood of New York was “The Franchise” because his father and brother also played. He’s a Mets fan or, as he puts it, “My blood, it bleeds orange and blue, brother.” He planned on playing NCAA Division III ball and going into coaching after school, maybe even back at his old high school.

But, the fates had different plans for him. His other interests involved singing and acting, so he enrolled in the American Musical and Dramatic Academy. By 2015, he was originating the dual roles of John Laurens and Philip Hamilton in Lin-Manuel Miranda’s Tony and Grammy winning sensation. Though his career was heading away from baseball, he said the game taught him some valuable lessons.

“There’s that no quit attitude in sports. You’re competing, you want to win. But the biggest thing about wanting to win is winners don’t quit,” he said. “To win, you can’t quit. To win, you gotta work hard. To win, you’ve gotta be a good teammate. You’ve got to strive for the best and push further. It was that mentality that I took with me into this.”

Ramos said he didn’t watch musicals as a kid, so he played catch up in school, staying late and arriving early to learn more about his craft. His musical influences were more contemporary than Rodgers and Hammerstein.

“I grew up listening to hip hop,” Ramos said. He speaks with a cadence and vernacular that feels straight outta Brooklyn. “50 Cent’s album Get Rich or Die Tryin' is one of my favorite albums, any album that the artist is telling a story on, right? Marshall Mathers is very theatrical and thematic, that was a crazy album to me, I loved it, I burnt it through the ground. I listened to John Mayer, and I listened to R&B, I’m listening to Usher and John Legend. Get Lifted was one of my favorite albums, Confessions, Usher’s album. Linkin Park – I’m just listening to all these different types of music. Gospel music was big in my life growing up.

“So, all of this kind of influenced the album you hear now, all these different types of music,” he said. “This was the stuff that spoke to me as a kid and still, as an adult. It's where the inspiration came from.”

So inspired was he that he and his songwriting team, including Logic and Pentatonix producer Will Wells, wrote 21 songs in 30 days. He and Wells had previously teamed for the 2018 Freedom EP, Ramos' debut solo work.  As someone who cut his teeth on the lyrical compositions of others, we asked the obvious.

The early results from critics have been incredibly favorable. The Good & The Bad released only a few weeks ago, but it's already garnered rave reviews from the likes of  Entertainment Weekly and Vogue. Ramos knew it would be a risk to step out of the comfort of a full cast to have the spotlight shine solely on him. He said the tour’s first shows have already suggested the risk paid off.

“It’s vulnerable that way. I’m essentially letting strangers in every night. Every night I play a show, I’m letting between 300 and 800 strangers into my personal space,” Ramos continued. “Friends and folks that I was just meeting would be like, ‘I feel like I know so much about you now,’ and I was like, ‘That was the goal.’ The goal was for you to actually get to know me on this album. And, in turn, you getting to know me, maybe you’d get to know yourself a little bit better. Maybe this opens up something inside of you that maybe you didn’t know was there or that maybe you’d shelved for a few years.”

Ramos has a big 2020 on tap, primarily as an actor. He’s the lead in the much anticipated film version of Miranda's In the Heights and has a pair of films in production, including Trolls World Tour, in which his vocal talents join a star-studded cast . For now, he’s enjoying the moment performing music for fans on this short run of a dozen cities.

“I couldn’t really coach myself for this. I think the coaching for this was Broadway, going out and doing it eight times a week was actually a good precursor to this,” he said of the tour. “’People are like, ‘Yo man, you’re playing three shows in a row,’ and I’m like ‘Yeah, it’s all good – I did eight in a row, every week. I think I’ll be alright!’”

Anthony Ramos performs songs from his new album, The Good & The Bad, Tuesday, November 12 at House of Blues Bronze Peacock Room, 1204 Caroline. Doors at 7 p.m., music at 8 p.m. $15.
KEEP THE HOUSTON PRESS FREE... Since we started the Houston Press, it has been defined as the free, independent voice of Houston, and we'd like to keep it that way. With local media under siege, it's more important than ever for us to rally support behind funding our local journalism. You can help by participating in our "I Support" program, allowing us to keep offering readers access to our incisive coverage of local news, food and culture with no paywalls.
Make a one-time donation today for as little as $1.