The Sax of Boney James Wafts Across the Studio, the Stage, and...the Seas 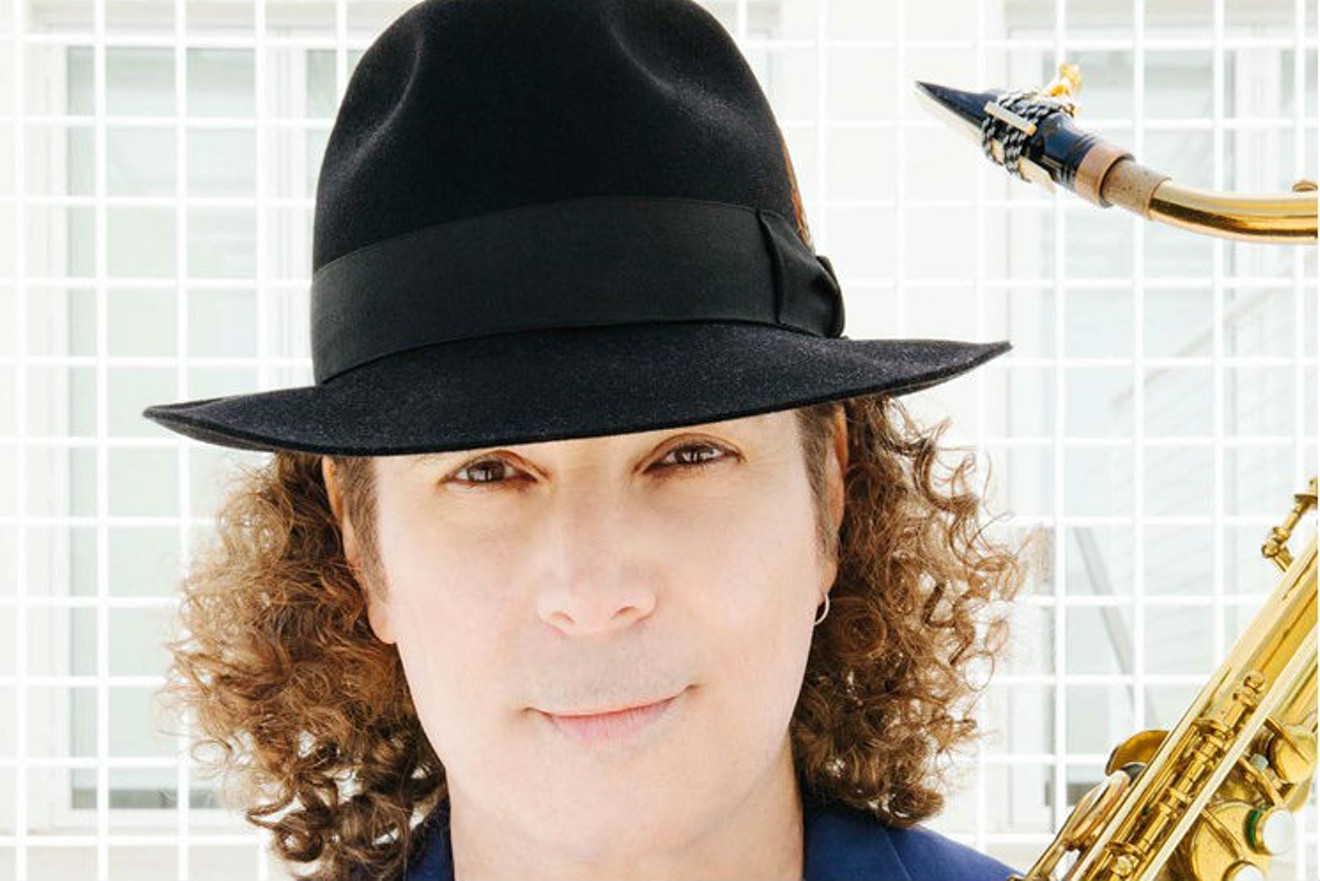 Since 1992, saxophonist Boney James has been on the road as a headliner a lot. A lot. And even before that, he spent seven years as a sideman to jazz and R&B artists like Morris Day, the Isley Brothers, Teena Marie, and Randy Crawford. In fact, it was that last artist who gave the musician born James Oppenheim the nickname “Boney” do to his slim physique.

But if 2019 Boney James could tell 1985 Boney James one thing about touring, what would it be?

“I would be glad to tell him that you would still love it all those years later!” James (the present one that is), says. “And even earlier, my very first tour was in a Winnebago with my high school band opening for Bobby and the Midnites, which was Bob Weir of the Grateful Dead’s side project. We got to travel club to club and it was magic for me, and it still is. I want to do this until I keel over…though not on stage!”

James’ most recent album was 2017’s Honestly, which found him collaborating on songwriting with people like Avery*Sunshine and Jairus Mozee. Overall, it’s got a brighter, more buoyant and cheerful sheen to the music than some of his previous efforts.

“Music is just a force for positive energy, and that’s what this one means to me. It’s cheerful, and the arrangements are a bit sparer,” he offers. “But when I sit down to make a record, I just let the ideas flow. I don’t have an agenda. But what always seems to happen is that each one develops a character of its own depending on where I am in my life or what’s going on in the world. I don’t like the record that has a theme or a concept per se to start.”


There’s also more of an R&B tinge to songs like the title track and “We Came to Party,” which he says stems from his love of acts like Earth, Wind & Fire and the Brothers Johnson, along with the sophisticated arrangements of Steely Dan.

“Being a sax playing guy who loves jazz, but also R&B and pop, those artists were blending genres with complicated musical arrangement and harmonies with still a great groove and just great songs,” he says. “And the Brothers Johnson worked a lot with Quincy Jones, who is a real hero of mine production wise.”

And while the tenor sax is his main instrument, James also plays alto and soprano both in the studio and on the road. He says he sees which one will fit the mood or sound song rather than trying to write a tune with one of the instruments in mind.

Of course, the music on both Honestly and much of James’ discography—if it had to be categorized with one tag—would fall under the “smooth jazz” moniker. James and a lot of other artists have spent years both embracing and running away from those two words and what they’ve come to represent to some. Photo by Describe the Fauna/Courtesy of DRPR
“I think…look, a lot of people have no problem with it. I mean, it started as the name of a radio format. And that worked really well for them,” James says. “But then it became a tool for people who wanted to disparage the music. It came to mean something negative, like ‘less than jazz’ to some people. Me and many artists you might talk to just don’t want to be put into a category. I listen to smooth jazz stations and I’m grateful that they play me. But I hear lots of different kinds of music on there. It’s not one monolithic sound.”

That pigeonholing even extends to the world of satellite radio. SiriusXM’s “smooth jazz” channel is called Watercolors, while you’ll find the more traditional historic and contemporary sounds and players on the one called…Real Jazz. That adjective doesn’t escape James’ head-scratching.

“And that’s such a funny thing…they call it 'real' jazz. There’s a value judgment built into the term!” he says. “And that’s part of the problem. It’s limiting, I’ll put it that way. I just try and make Boney James music.”

Also making Boney James music onstage with him on his current tour is Smitty Smith (bass), Kendal Gilder (guitar), Omari Williams (drums), and Jonathan Richmond (vocals/synthesizer), with all but Richmond also having played on Honestly.

The band is booked solid through November, then are off to Japan, after which James hopes to have enough music written and recorded to drop a new record next summer. But he’ll also be co-hosting again with bassist Marcus Miller a week of music on the high seas with two separate boat trips on what’s called…The Smooth Jazz Cruise.

“Yeah, there’s that [term] again!” James laughs, before wryly noting that Miller has his own SiriusXM radio program on the Real Jazz channel. The pair have been co-hosting these cruises for several years now, each one featuring about 2,000 seafaring music fans and a couple dozen performers.

And while James says he’s usually unrecognizable on the street, when he’s out on the waves, it’s a different story.

“When I’m on these cruises…it’s like I’m Madonna! Everybody knows who I am!” he laughs. “It’s nice having people tell you how much they love you all day! It doesn’t suck at all. But I do have to retreat to my cabin every so often for some me time. It’s fun. I’m sort of an introvert. But in that situation, I can get into it!

Boney James plays 8 p.m. on Friday, July 19, at the House of Blues, 1204 Caroline.  For information, call1-888-402-5837 or visit HouseofBlues.com/Houston. $25-$69.50.
For more on Boney James, visit BoneyJames.com
KEEP THE HOUSTON PRESS FREE... Since we started the Houston Press, it has been defined as the free, independent voice of Houston, and we'd like to keep it that way. With local media under siege, it's more important than ever for us to rally support behind funding our local journalism. You can help by participating in our "I Support" program, allowing us to keep offering readers access to our incisive coverage of local news, food and culture with no paywalls.
Make a one-time donation today for as little as $1.