Cardi B to Bring Swagger Back to Black Heritage Day 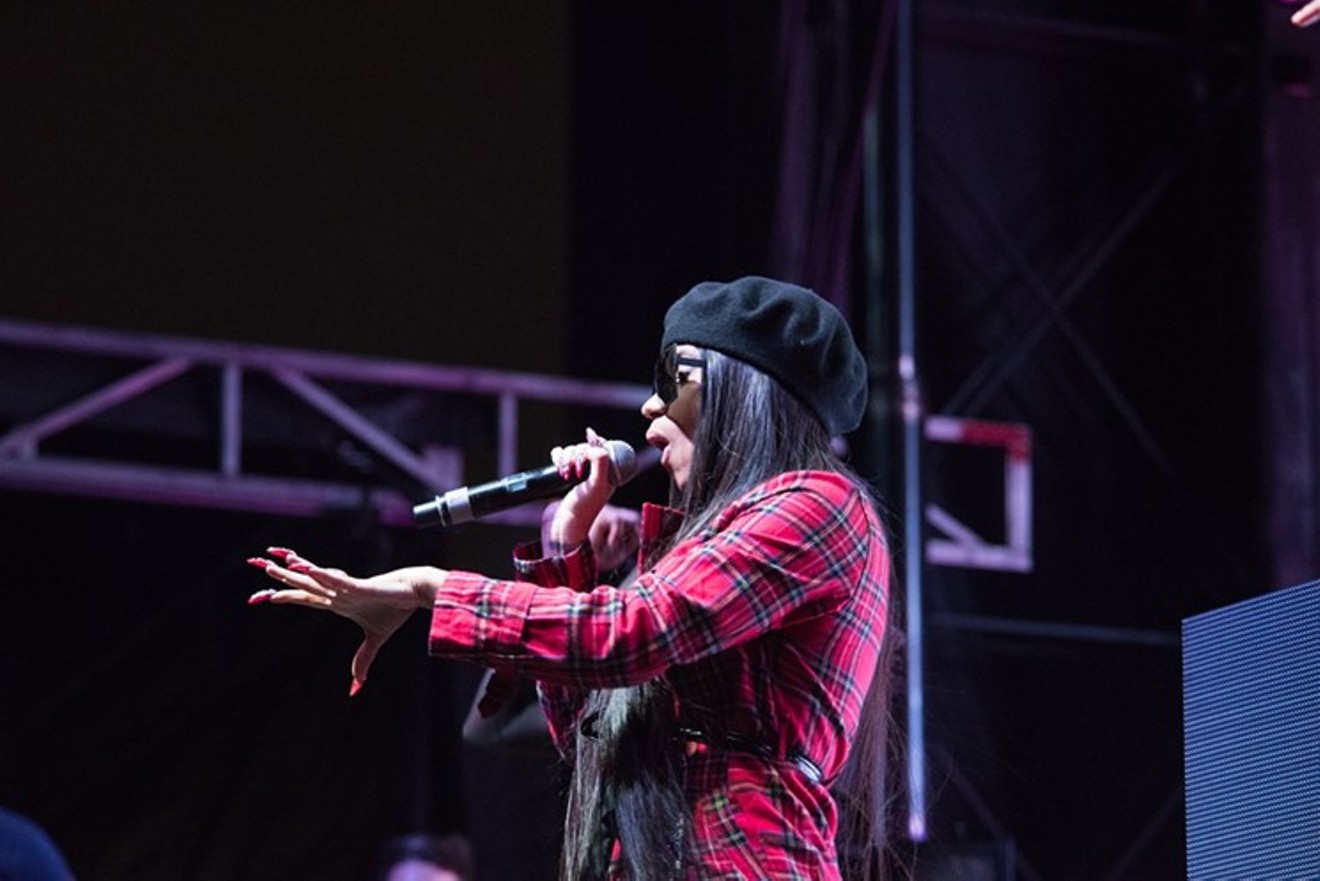 Cardi B at Day for Night 2017 Photo by Jack Gorman
About a year ago, the Houston Livestock Show and Rodeo announced that Leon Bridges would be performing during its annual Black Heritage Day. Despite his talent, the Texas native did not receive a very warm welcome. The backlash to his performance was met with even more resistance from the Bridges faithful, and RodeoHouston found itself trending for all the wrong reasons. When the dust settled and Bridges finally arrived at NRG Stadium, his performance ended up being the worst-attended HLSR show of the year.

Which is why it shouldn't have surprised anyone that the RodeoHouston committee was determined to return the following year with a chart-topping, in-demand artist to headline the annual event. Enter Cardi B, the eccentric dancer-turned-diva whose music can be drowned out only by her personality. Drawing a stark contrast to Bridges, her performance sold out within minutes. Tickets can be found on resale web sites, but they're going for three or four times their original cost.

Houstonians have had the chance to see Cardi B once before, at Day For Night in December 2017. About four months before the release of her debut studio album, Invasion of Privacy, the Bronx native visited the Bayou City supported almost solely by her breakthrough single "Bodak Yellow." Many wondered if she had enough material for a solo performance.

As it turned out, she didn't. Cardi appeared onstage for all of 15 minutes, and she spent just as much time talking to the crowd as she did singing and rapping. Despite her abridged set, however, most of her fans enjoyed what she brought to the table. A year and some change later, Cardi has an entire album to her name, and it's bursting at the seams with chart-topping singles: "Bartier Cardi," "Be Careful," "I Like It" and "Ring," to name a few.

On top of that, Cardi has been featured on Bruno Mars' "Finesse," G-Eazy's "No Limit" and Maroon 5's "Girls Like You." Her voice has become inescapable, so she should have plenty of songs to perform next month. Her biggest concern will likely be trying to keep her show "family friendly," which the Houston Livestock Show and Rodeo prides itself on being.

Cardi B's inclusion sparked a lot of excitement and helped make this year's lineup feel especially fresh. Whether she has any real staying power is yet to be seen, but the success of her debut studio album - which won a Grammy for Best Rap Album just last night - is undeniable. With a capacity of more that 72,000, RodeoHouston might end up being Cardi's biggest show to date. Here's hoping she performs for more than 15 minutes.

Cardi B is scheduled to perform at 8:45 p.m. on March 1 at NRG Stadium, One NRG Parkway. For more information, call 832-667-1080 or visit rodeohouston.com, $65 to $900.
KEEP THE HOUSTON PRESS FREE... Since we started the Houston Press, it has been defined as the free, independent voice of Houston, and we'd like to keep it that way. With local media under siege, it's more important than ever for us to rally support behind funding our local journalism. You can help by participating in our "I Support" program, allowing us to keep offering readers access to our incisive coverage of local news, food and culture with no paywalls.
Make a one-time donation today for as little as $1.