Celebrating Your Friend And Mine Larry Winters 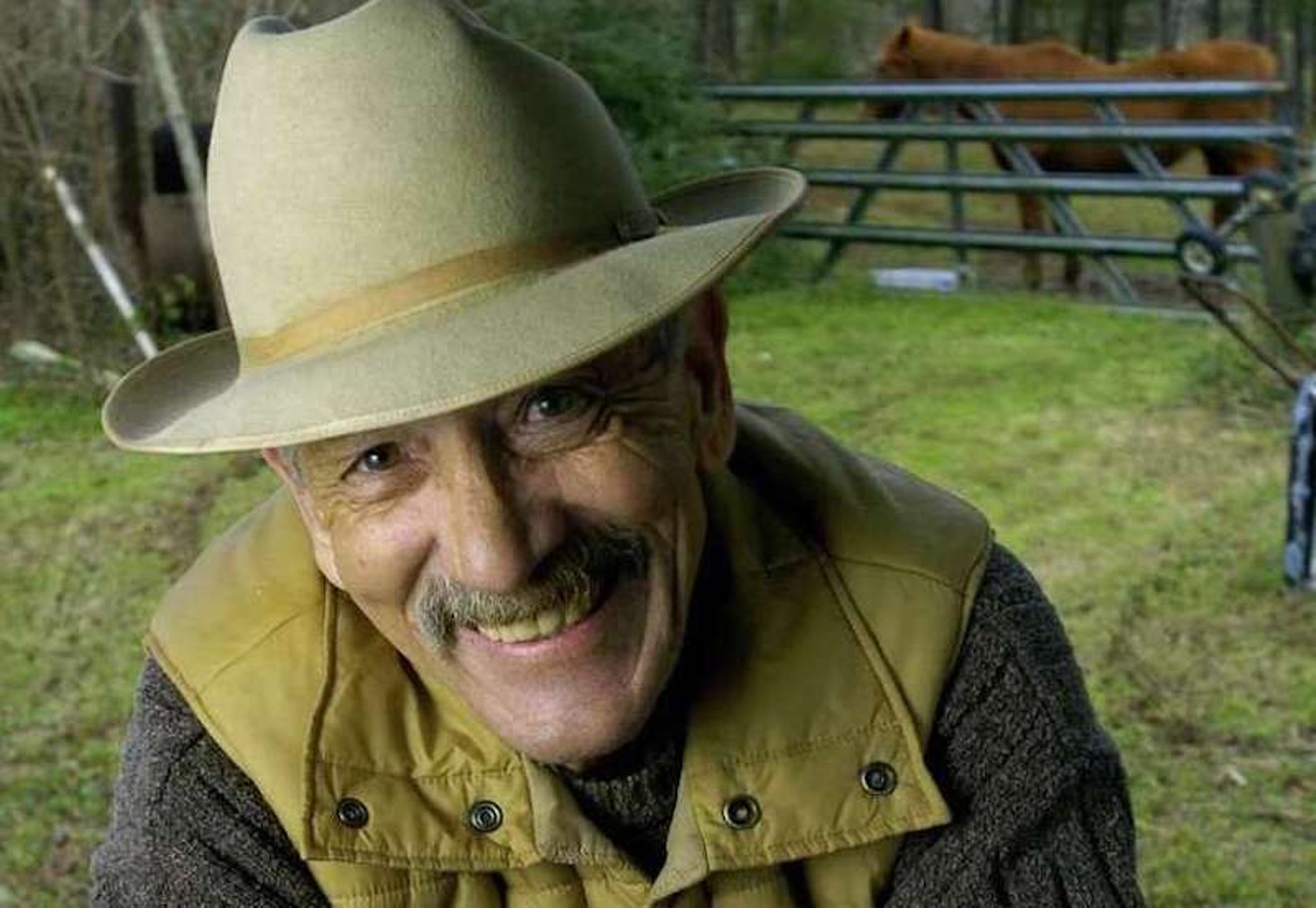 Beloved KPFT programmer Larry Winters will be remembered and celebrated with a full day of live music benefitting KPFT and Bundles of Joy. Photo by Brett Croomer
Not every Texan exudes southern charm but one special resident of the small city of Cut And Shoot had that trait to spare.   Longtime KPFT programmer Larry Winters was as endearing as they come, holding within his sense of humor a key to bringing folks together.

Winters passed away on September 5, 2021 and now his friends from his KPFT family and beyond are coming together to celebrate his life and what he loved the most.

On Sunday, May 15 The Continental Club will host “Your Friend And Mine” A Celebration of Life for Larry Winters featuring 11 performers, special surprise guests, auction items and merchandise, including a limited run of Live On Lovett Blvd a book of photographs taken by David Britton who worked alongside Winters in the studio.

There is a suggested donation of $20 at the door but organizers say that in the spirit of Winters and KPFT, no one will be turned away. Attendees can also go online and donate $41 beforehand to get two tickets to the event with the price reflecting the number of years that Winters was on air at KPFT.

All proceeds will benefit two non profits dear to Winters' heart: KPFT and Bundles of Hope, a perfect reflection of the duality of Winters life as Winters took on the alias to host his radio show and back home in Cut and Shoot was counselor and social worker Jerry Sumrall.

“There would be no Larry Winters were there no KPFT,” says former station manager and current KPFT volunteer and host of Open Journal, Duane Bradley. “That identity he invented for himself to be on the air and then still live in that world in Cut and Shoot, Texas that he lived in as Jerry.”

In Cut and Shoot and the Conroe area, Winters helped those who were trying to get their lives on the right path and helped them with their legal, mental health and substance abuse issues through his company TFI, standing for "The Fifth Inning" as Winters believed life was like that inning where players always still have a chance to win.

Bradley describes how he and Winters were in talks for this event once a week at Winters' office in the beautiful downtown Conroe above the Corner Pub.

“At first it was just a couple of bands but once I reached out to Susan it really got legs and shape and turned into this beautiful day,” says Bradley referring to fellow KPFT programmer and host of the Saturday show Border Radio, Susan Darrow.

The KPFT family was contacted by a few venues and visited others to find the right place but when they reached out to The Continental Club, a fitting place for the event as Winters often hosted artists on their way to play the legendary club. The club's owners immediately said yes.

“Everybody that knew Larry knows he was somebody that appreciated the music and they appreciated his dedication to it, wide range of knowledge of it and his whole spirit. It was a perfect kind of fit,” says Bradley who describes Winters as giving artists big and small the "open door treatment."

“There were hundreds of musicians who would have loved to have played because so many people loved Larry,” says Darrow adding “There’s no way we could have fit in all the musicians who love Larry onto one stage but so many who did love him are going to be there and we are excited about that.”

“There’s no way we could have fit in all the musicians who love Larry onto one stage but so many who did love him are going to be there and we are excited about that.”

Winters began at KPFT as most programmers do, as a volunteer. He went on to host his first show Country Cooking, which used to air on Wednesday mornings and was the very show where Winters interviewed  Lyle Lovett for the first time while Lovett made the publicity rounds for his first album.

Larry then went on to host Spare Change, a three-hour show filled with stories and song selections linking one to the next.

“He was tapping into something really good there,” says Bradley. “He came off as this ‘awe shucks’ guy but he would bring hundreds times more stuff than he needed to do a show and he would have threads of the ideas woven into his head as he played. He would connect these dots this way.”

KPFT has continued to air a one hour version of Spare Change curated by Deadbeat host Sandy Weinmann that airs Saturdays from noon to one as The Best of Spare Change. There will be a thumb drive with the shows available for a donation to KPFT at the event.

“It’s our way of honoring someone who was such an anchor of the Saturday programing," says Darrow. “It is our way of continuing the tradition. We obviously have to continue to bring fresh programming and help introduce new artists and new music and that will always be something that's important to KPFT, but at the same time having that one hour of honoring him and celebrating all the great artists he brought in, that's a way of keeping that magic alive.”

KPFT has experienced some major changes as of late, with the radio programmers working remotely throughout the pandemic and as they search for a new physical location. This special event will serve as one of the first times that members from the KPFT family will be able to physically get together.

“That’s the thing about KPFT, we were bombed two times by the Klan, we had a transmitter that was struck by lightning, we’ve had a drive by shooter take a couple of pot shots through our windows and the studio and 52 years later, we are still here,” says Darrow.

“That I think is a tribute to what KPFT is and can be and will continue to be going forward and Larry was such an integral part of that and we owe it to him to celebrate his life and to keep working to keep KPFT going strong.”

Your Friend And Mine: A Celebration of Life for Larry Winters will take place on Sunday, May 15 at The Continental Club, 3700 Main. Event starts at 2 p.m. and runs until 7 p.m. $20 donation suggested benefitting KPFT and Bundles of Joy.
KEEP THE HOUSTON PRESS FREE... Since we started the Houston Press, it has been defined as the free, independent voice of Houston, and we'd like to keep it that way. With local media under siege, it's more important than ever for us to rally support behind funding our local journalism. You can help by participating in our "I Support" program, allowing us to keep offering readers access to our incisive coverage of local news, food and culture with no paywalls.
Make a one-time donation today for as little as $1.