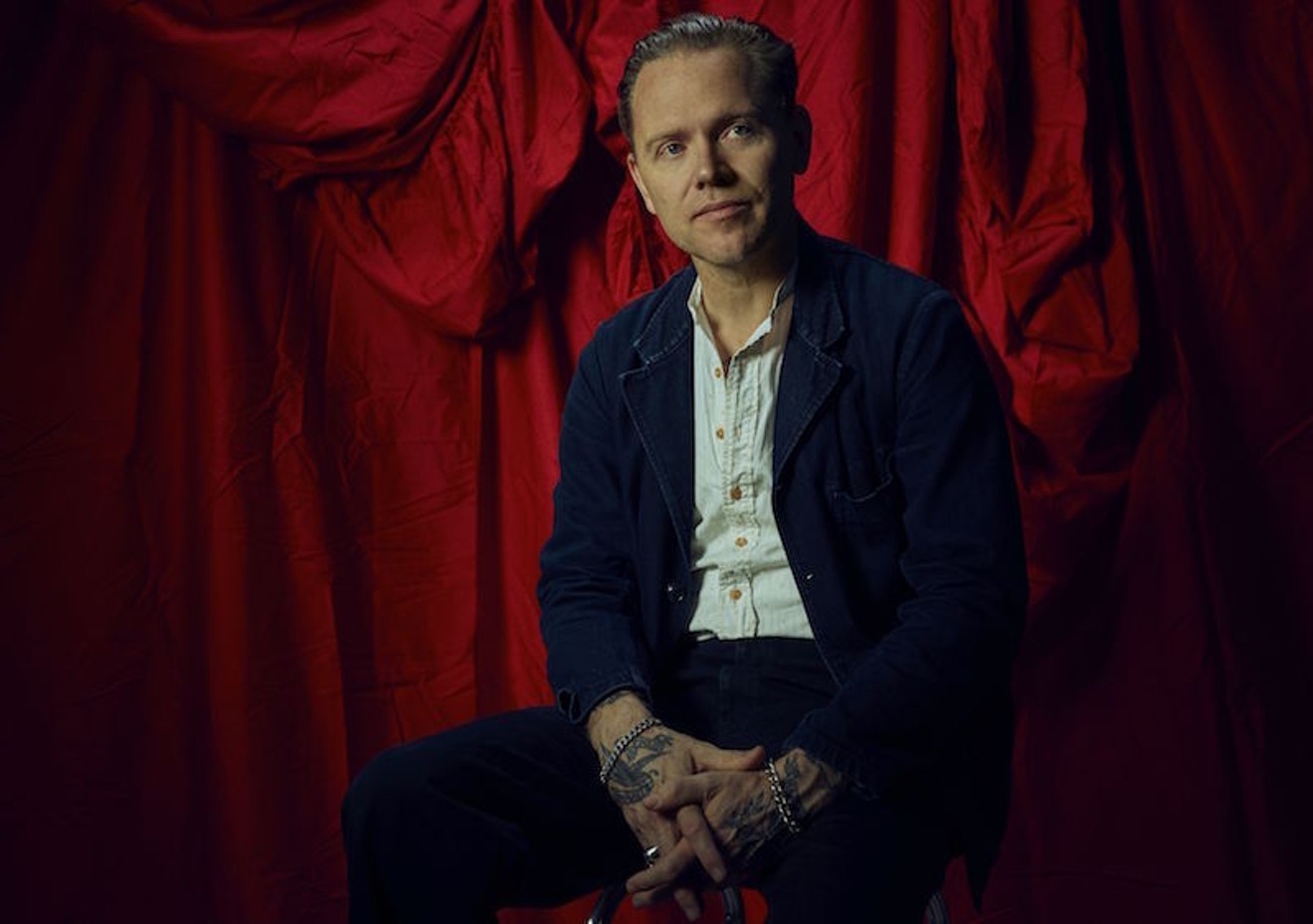 Australian artist, C.W. Stoneking will perform at the Satellite Bar Thursday, January 30. Photo By Kane Hibberd
Some sounds cannot be pinned down to an era or attributed to a race, they somehow find a way to seep through a conglomeration of varied influences that manage to work together. Australian artist C.W. Stoneking does just this; he manages to combine blues, boogaloo and calypso music without coming across as a throwback.

He will be returning to Houston performing his one man show for the first time in over a year, Thursday January 30 at Satellite Bar. The last time Stoneking visited Houston he played the small room at White Oak Music Hall on a hot and steamy summer night, playing to an overwhelmingly chatty crowd.

“Yeah I remember. There was thunderstorms and it was hot and rainy, I remember,” he says slowly in his deep, Australian accented voice. “It’s good to be coming back,” he adds. Before that summer night, Stoneking had played Houston as the opener for the amazing Nathaniel Rateliff and the Night Sweats.

Though sharing the bill with Rateliff is a fitting match, Stoneking stands in a league of his own as an original artist who successfully mixes sounds from the past.  It is easy to imagine Josephine Baker shaking her famous banana skirt to his exotic songs.

“I just played old blues stuff really for a long time, that was the whole focus of my life really for pretty long and then I just started writing songs. I guess I just got impatient, I started looking for other music that would give me a thrill,” says Stoneking.


"I started looking for other music that would give me a thrill.”

Like many music fans, Stoneking was drawn to the cover of an album he had never heard while crate digging. The album haunted him until he finally bought it. “I bought it for my girlfriend at the time and then I think I liked it more than she did.” It was a calypso artist from Trinidad, Neville Marcano who went by Growling Tiger.

The sounds from that album greatly influenced his music.  Stoneking has successfully explored varied sounds on all three of his albums, King Hokum, Jungle Blues and Gon’ Boogaloo, tapping a rich blues sound combined with more Caribbean and African influences.

“With Gon’ Boogaloo, I tried to be a little more like a weird, archaic sound and a bit more of a rock and roll record. I just sort of thought about what I can do without making it too obviously rock and roll necessarily, so I threw a bit of gospel music and stuff like that,” says Stoneking of his recipe. “I guess I threw in different things, different ways to get at it, to make it a little more unusual.”

Unusual it is. Gon’ Boogaloo features the dance craze that never was with the catchy and bizzare track “Zombie".
Stoneking is somewhere between Charlie Patton and Cab Calloway, with a real knack for telling stories in his songs and on stage, he’s worth staying quiet for to hear his tall tales which he says he often changes on the fly depending on audiences reactions. Songs like “Jungle Blues” take listeners on a funky passage ending in a shipwreck.

Stoneking admits he’s not sure where his desire to weave stories comes from but with the interesting life he has led and his rich background, it’s only natural he would be filled with imaginative stories. Stoneking was born to American parents who were both poets and artists. “Lots of many boring nights as a small kid in poetry readings,” he says.

Stoneking now calls Nashville home but is frequently on tour in the United States and Australia. In Australia, Stoneking’s three albums have all been well received and nominated multiple times for ARIA Music Awards. Stateside he caught the attention of Jack White and the two artists played cat and mouse for years trying to arrange to record together.

“Eventually he did nail me down,” he says of White. “When I was on tour in New York a few years ago he was up there recording and he had me come in and read this thing a spoken word thing. So far he still ain't recorded one of mine, it’s been pretty long its been ten years or 11 years so I don’t know if it’ll ever happen,” he says, chuckling.

Stoneking added his voice to White’s last album, Boarding House Reach speaking the words to a poem written by White. “He had a thing for me to read and there was a lot of words I didn't really know how to pronounce or what they meant but I read it through once or twice and he seemed pleased with it. For me it didn’t involve any sort of artistic creation other than just bringing my voice to the thing he wrote so I didn’t really have a context to what the hell I was actually doing. He was happy with it.”

Stoneking confesses he is slow to release his own music. “I’ve got a bunch of half-written songs and when I get time and sit down, I’ll whip bits of them into shape. It can be quite a slow process for me, a lot of it is fumbling around in the dark waiting for the music to pinpoint. When it comes to actually playing the stuff on the guitar, it’s a lot of trial and error and trying different things.”

This Texas tour will feature Stoneking performing solo and though he may just be one man, on stage he comes across as a force of nature. Audience members may only have trouble deciding if they want to boogie, or listen closely to the lyrics of his fantastical songs.

C.W. Stoneking will perform Thursday, January 30 at the Satellite Bar, 6922 Harrisburg. Doors open at 8 p.m. $15.
KEEP THE HOUSTON PRESS FREE... Since we started the Houston Press, it has been defined as the free, independent voice of Houston, and we'd like to keep it that way. With local media under siege, it's more important than ever for us to rally support behind funding our local journalism. You can help by participating in our "I Support" program, allowing us to keep offering readers access to our incisive coverage of local news, food and culture with no paywalls.
Make a one-time donation today for as little as $1.