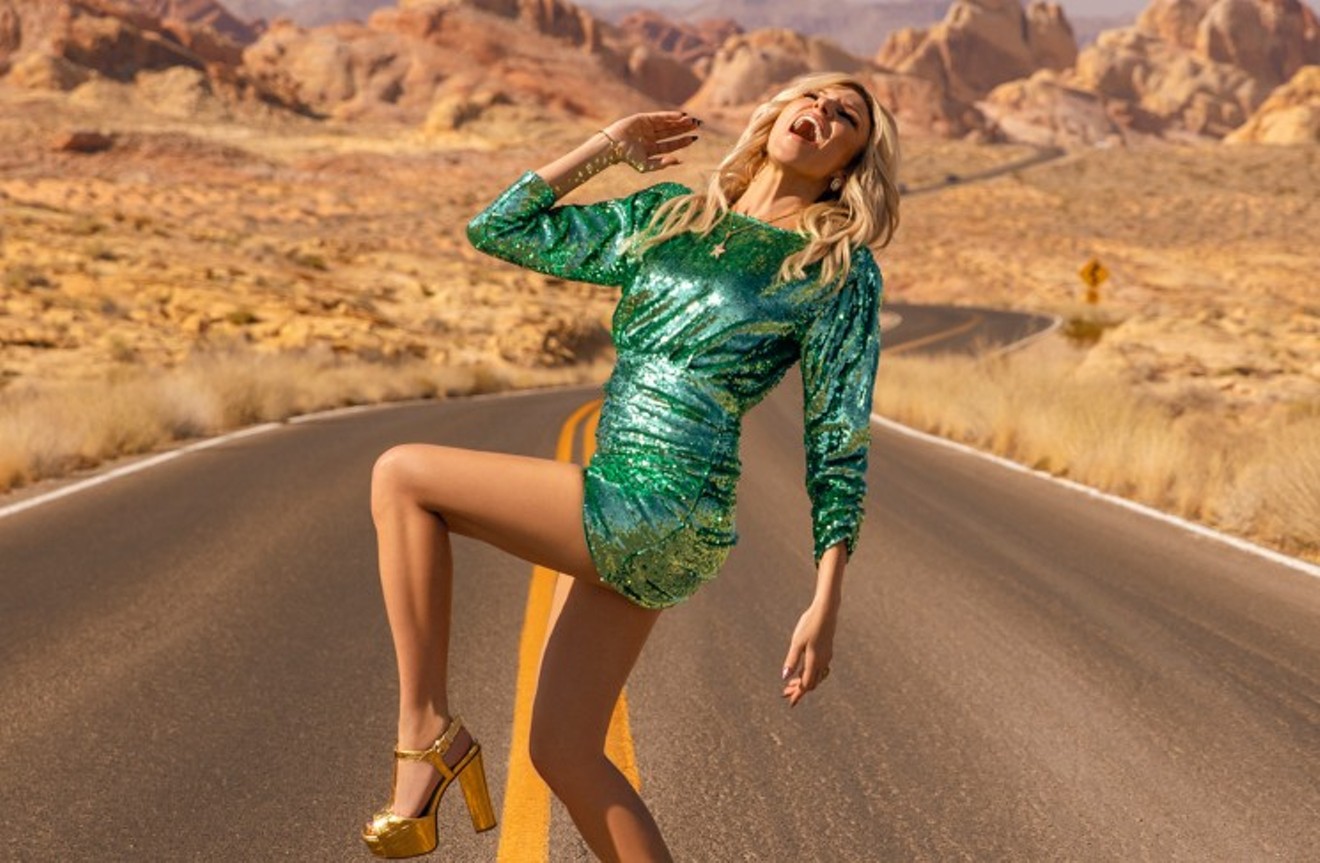 Gibson burst onto the music scene in the late ‘80s, a teen prodigy who wrote her own hit songs, pop classics like “Only in My Dreams,” “Lost in Your Eyes” and “Foolish Beat.” That song made her the youngest artist ever to write, produce and perform a Billboard No. 1 hit, a record she remarkably still owns in this day and age of Billie Eilishes and Sean Mendeses. Speaking with her early one morning by phone, we mentioned her social media savvy and asked how her career might have fared were Twitter, Instagram and TikTok around at its start.

"It's such a good question. I mean, I think that I am so glad I came up in a time when there was no social media and I'm so glad that I have it now," she said. "I might have wished that I had it in my 20s or 30s but as a teenager, to be getting so much unsolicited feedback from people — that's what I call it — would be hard. I don't envy especially the young women out there who really feel this pressure to keep up with aesthetics and visuals and trends and they're just kind of forming who they are. And then, to have it put out there in such a broad way, I think psychologically that's challenging. I don't know that I would have survived that so well because I did not have that kind of backbone, honestly. I was very happy being in my little bubble.

"But now, I love that as a female record company owner and entrepreneur I don't have to rely on big corporate machines to get my music out to the people and to project whatever I want to project out to the people, which is very much authentically me. I think the key to my social media is that nothing on there is forced. There's nobody telling me, 'You need to do this, you need to try that.'"

Gibson said she posts on things “that I would normally do in my house. I think that people really enjoy seeing who people really are behind the curtain. And I love showing that because my life's not always perfect and I think that that's so important for people to know. It's aspirational for people because they go, 'Oh, you know what, there's no trick to it. She's just working hard and doing what she loves. I can do that too.' And that's always been my message. And I think social media really allows me to get that message out."


As she noted, she is a record label owner now, helming Stargirl Records, which released The Body Remembers last August. So, add that to the long list of entertainment accomplishments she’s compiled, which includes performing on Broadway and acting in and producing films. Her current priority though is the album, her tenth, which got rave reviews on its release, including kudos from the Houston Chronicle which called it “one of the best of 2021.”

It’s also the first full album of Debbie Gibson original songs in 20 years. Because she’s known for being a songwriter as much as a performer, we wondered if that span meant she’d stopped writing altogether.

"I write nonstop so I never stopped writing, but it was really a matter of feeling like I had that collection of songs that were good enough and relevant enough and shared enough of what I wanted to say to release them. After a certain amount of time went by it was like, well, I didn't wait this long to release something mediocre," she said. "So, I really wanted to wait until I had those songs that I felt represented universal experiences and all that I've been through in the past decade primarily.

"Even production-wise — I met Sean Thomas when he was 13 years old, he's 20 now. I met him on the set of one of my Hallmark movies, 'Summer of Dreams,' and it was like he was the musical partner I'd been waiting for and didn't know it. Growing up I mainly worked with Fred Zarr who produced Electric Youth. He really helped me see my musical vision through and Sean, being so young but being such an old soul and such a brilliant musician, it was such a magical match because we were able to communicate musically as peers but his production sensibility is so modern and he really was able to put that modern spin on my music. And that's something that I really wanted, too.

"I didn't want to put an album out that sounded dated in any way because I live in a very current world and I love current music," she continued, and listed Olivia Rodrigo, Dua Lipa and Harry Styles as favorites in a recent Spin article. "I'm not someone that thinks everything great was done yesterday. I think there's a lot of great things about what was done yesterday but I think if you don't live in current times you're missing out, because there's a lot of greatness to be found in music now. That combination of things is really what made it the right time."

Because she never stopped writing, the songwriting process hasn’t changed much for her. She did mention one notable difference. 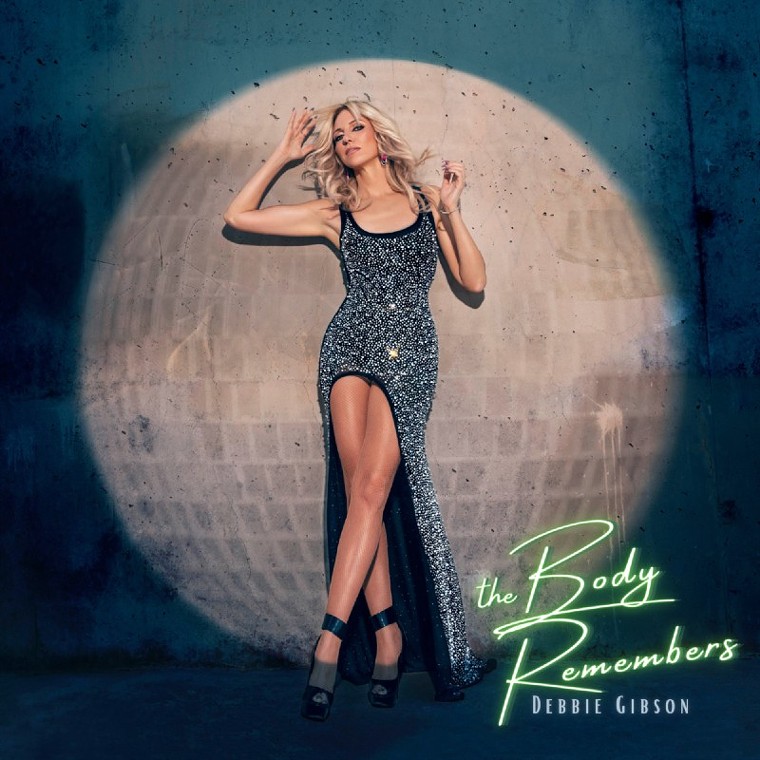 Gibson's latest is her first full album of original songs in 20 years
Album cover art
"I do collaborate more now. I'm not out to prove to people I can write a song by myself anymore. When I was younger, it's not that I was out to prove that, but there was this kind of skepticism when I started because I was young and it was such a male-dominated field and an older persons' field, there wasn't the team landscape that there is now. Now, it's like, 'Yes! We welcome a 12-year-old songwriter!' Back then, they were like 'You're a freak! You're a 12-year-old songwriter, what do we do with you?'”

Watching her accumulate hundreds of thousands of social media followers, we’ve gotten to see how comfortable Gibson is in her skin at 51. After all, she’s endured the ups and downs of life like anyone else, including living with Lyme disease for the past 10 years and working continuously in a field which turns its back on young phenoms as they age, especially young women. We mentioned she's not only survived all of that but appears to be happy and well-centered.

"I appreciate you noticing all of that," she said. "Listen, the business is not always kind and you have to stay the course. Staying the course can be kind of exhausting because you can be staying the course thinking, 'Oh my God, when are things going to start going my way? When is the tide going to turn?' And again, I think it's like that for a lot of people in their lives and respective careers. So, I'm no different in that sense. I've just had this unwavering belief that if I keep doing what I do and do it at a high level that the spotlight will find me again. I haven't gone chasing the spotlight and I think that's the difference. Just stay grounded, stay true to myself, I always look to evolve.

"And, you're right — I am comfortable in my own skin. My day starts with my three dogs. I look at them and I go, 'Oh my God, you guys are here and I'm here! Already it's a great day!' My happiness is not contingent on if the record went up the charts or if the tour sold out. I want those things to happen but those things don't affect my deep inner happiness and peace, really."


Gibson is so comfortable, so self-assured at this stage of life that she even recently performed a virtual concert for AARP.

"I don't know if you saw the show but I joked when everybody starts getting that literature in the mail, you're like, 'Wait a minute, how old am I?'" she said with a laugh. "Look, I'm not out here pretending to be an age that I'm not. I could never lie about my age because everyone grew up with me. I really enjoyed having the opportunity to kind of turn aging on its ear and to say you can be vital and vibrant and youthful at any age. And, I love that I had the opportunity to be in people's living rooms with that message.

"I just kind of embrace all the opportunities that feel like a good fit and I appreciate them because I do know that they don't come along every day. I've had chapters where I was still out there performing and doing things but it wasn't always the perfect fit and that can be hard, when you're not doing things exactly on your terms and you kind of have to take a deep breath and say, okay, it's gonna change.

"And my manager and business partner Heather Moore and I have just dug in in the last decade, even when I was going through health challenges, we knew, she knew, that I was going to come out of it and we've been working towards this moment,” she said. “To be having this much fun now and to be having this moment, which in my world, in my little bubble is a big moment to me, just getting the music out to people and having it be so well received, is really a thrill. We're just grateful."

Debbie Gibson performs pop classics and new favorites from The Body Remembers Saturday, June 18 at House of Blues Houston, 1204 Caroline. 8 p.m., doors at 7 p.m.. All ages, $32.50.
KEEP THE HOUSTON PRESS FREE... Since we started the Houston Press, it has been defined as the free, independent voice of Houston, and we'd like to keep it that way. With local media under siege, it's more important than ever for us to rally support behind funding our local journalism. You can help by participating in our "I Support" program, allowing us to keep offering readers access to our incisive coverage of local news, food and culture with no paywalls.
Make a one-time donation today for as little as $1.