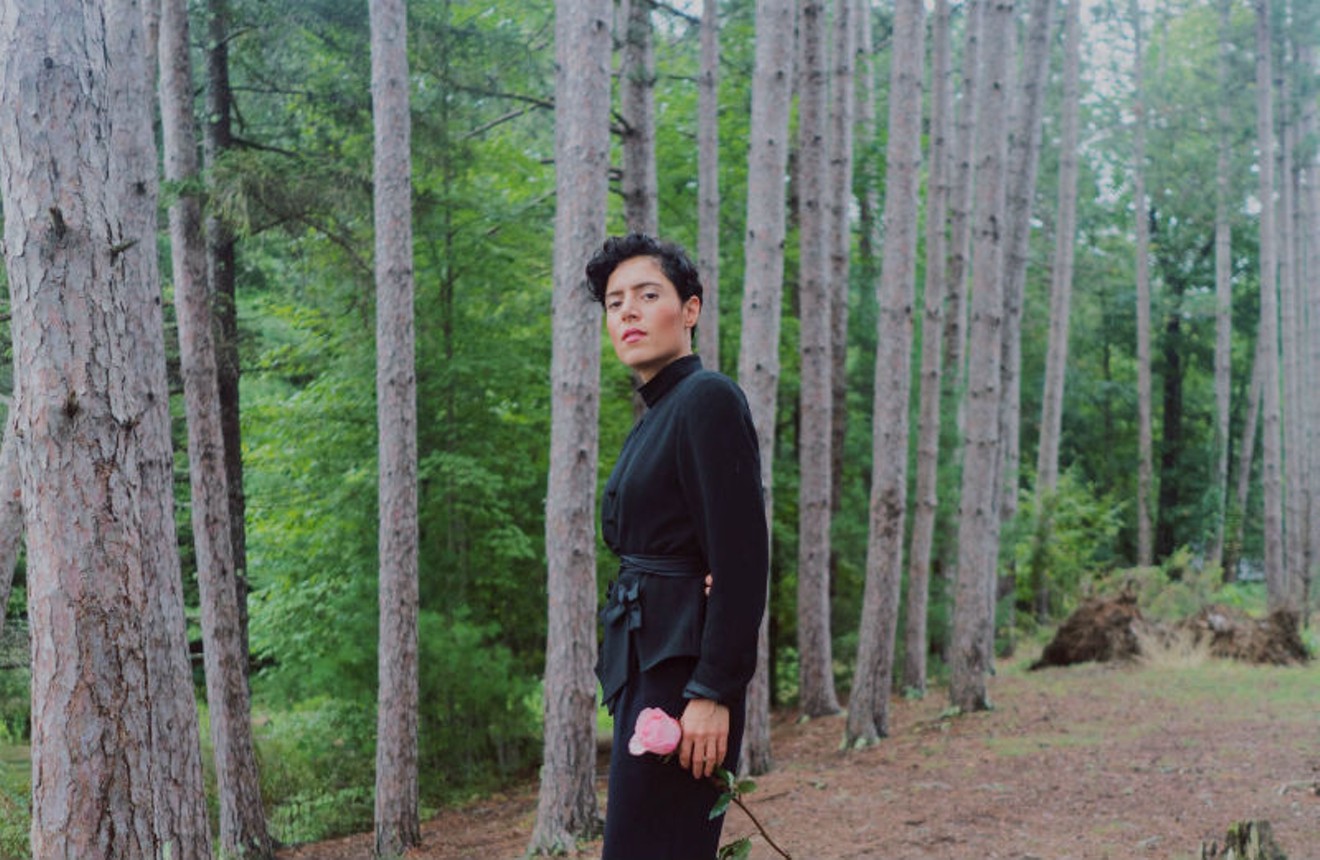 Emily King is a New Yorker, through and through. She grew up in Manhattan’s East Village and when she decided her life and the music informed by it needed a change, she packed up and moved upstate, where she pieced together Scenery, arguably the best work of her career. The new album has already drawn kudos from the likes of NPR, Pitchfork, Billboard and, of course, The New York Times.

Upstate New York is still an easy drive back to her roots in the city. It’s hard to imagine the Grammy nominated artist with the pristine, soulful voice attached to any other place on planet Earth. So, it’s a bit surprising to hear King tell she has some formative Houston roots.

“I kinda grew up traveling to Houston frequently because of my cousins and my mom, all of her family is out there so I have fond memories of going to Houston. I learned how to swim there,” laughed King, who returns on business this week for a Wednesday night show at Heights Theater.

She remembered Houston “being really hot and we’d jump into the pool. I think we went around the neighborhood and washed people’s cars. That kind of suburban experience I didn’t have growing up in the East Village, so it definitely was a part of my upbringing. Now, as an adult, I’m seeing other parts of it, wherever I play. It always does have a nostalgia for me and I’m just happy to know there are fans out there so I can come back.”

The lessons she learned here about staying afloat may have helped King remain buoyant against the sometimes rough waters of the music industry. Her undeniable knack for writing memorable melodies and delivering smart lyrics with a silken, expressive voice attracted attention early. By the time she was 20, she was already signed to music mogul Clive Davis’s J Records. Her debut album, East Side Story, was Grammy nominated for Best Contemporary R&B Album of 2007. She left the label a year later but she never drifted from her objectives. She continued to record fantastic songs, most notably “Distance” from 2015’s The Switch and she toured world-over with acts like Maroon 5 and Sara Bareilles.

King’s voice is arresting and her songwriting has long been lauded with awards and sit-down interviews on national TV to discuss the art of crafting songs. We asked her if listeners believe they know her from the songs she’s written, the way audiences might judge actors from the roles they play. She understands that any song is an extension of her, something more personal than delivering someone else’s lines. The key to a good song is creating something that remains embedded in the amber of emotions, she said.

“It’s strange because you record the song and then you move on in your life. The song still remains, like a time capsule of that moment that you were in. I don’t find that people hold me to it, but my hopes are that it resonates with them, as an extension of something they’re going through in their lives,” she said. “That’s the hope. I know a lot of people that listen to music based on liking the personality of the artist or not liking the personality of the artist. That’s not how I listen to music. I try to separate the music from whoever created it. Being a songwriter, it is an extension of your life. I think the best songs come from your true experience and your true feelings.”

Scenery released in February on ATO Records, King’s new label, and its tracks are good examples of how her experience manifests itself in her work. The era she grew up in is honored on the album, with tinges of 1980s and ‘90s R&B and pop scattered across its dozen songs. Lyrics on songs like "Can't Hold Me" and "Look At Me Now" speak to self-reliance and self-assurance. The jazzy infusions on the album are owed to her parents, both jazz singers. Even though she comes from such a background, she’s gone on record as saying she never considered herself a prodigy. When we asked if this is all learned behavior, she laughed a little and said it’s mostly come to her second nature.

“I think it seemed more causal than that, the natural way that things were in my household, it was just music. I kind of just always knew I could sing a melody and a note. When I became a teenager, I felt like I had the instinct to re-arrange melodies. You know, when you’re that age you think you’re better than everybody else and then you scarily, slowly realize that’s not true,” she laughed. “I think at that age I was already pretty confident in myself but I think it’s just one of those things; it was just the family business, really.

“I would hope that if I didn’t have the ear or something maybe they would have told me, ‘Maybe you shouldn’t do this.’"

That was clearly not necessary and now Scenery and its traction have afforded her some new opportunities. The day we chat by phone, she’s in between two weekend sets at Coachella. At that point, she said the experience had been “pretty amazing. I’d never been to a big festival like that, never really played a big festival that massive. Leading up to last weekend, everybody was coming up to me congratulating me like I’d won an Oscar or something. So, I figured if everyone else thinks it’s a big deal, then I guess it is a big deal.

“It was fun. It was really well organized. We had some technical things on our end. A band member’s flight got cancelled, so we kind of had to wing it at the last minute but the audience was really great, there were people that knew the songs and I think there were some folks who had never heard of us before, so it was fun. It was an exciting day.”

She sounds completely at ease over the phone, so congenial and relaxed that we wonder if the California vibe might be enticing to her. Could she plant some roots there? Or, is a grown-up stint in Houston’s suburbs an idea? After all, she has feng shui’d her life recently and to winning results.

“I think I’d like to keep having new experiences and I really enjoy being in nature. I’d like to travel and see other parts of the world, so I’m not sure,” King says of her next move. “But New York City is always my home base because that’s where I have had most of my life experience and my family is there. So, I’ll always have a special connection with it.”

Emily King returns to Houston Wednesday, April 24 to perform songs from her career and her stellar new album, Scenery, at Heights Theater, 339 W. 19th. With Jennah Bell. Doors at 7 p.m., all ages, $28.