Flogging Molly Say Life is Good on Land and on Sea 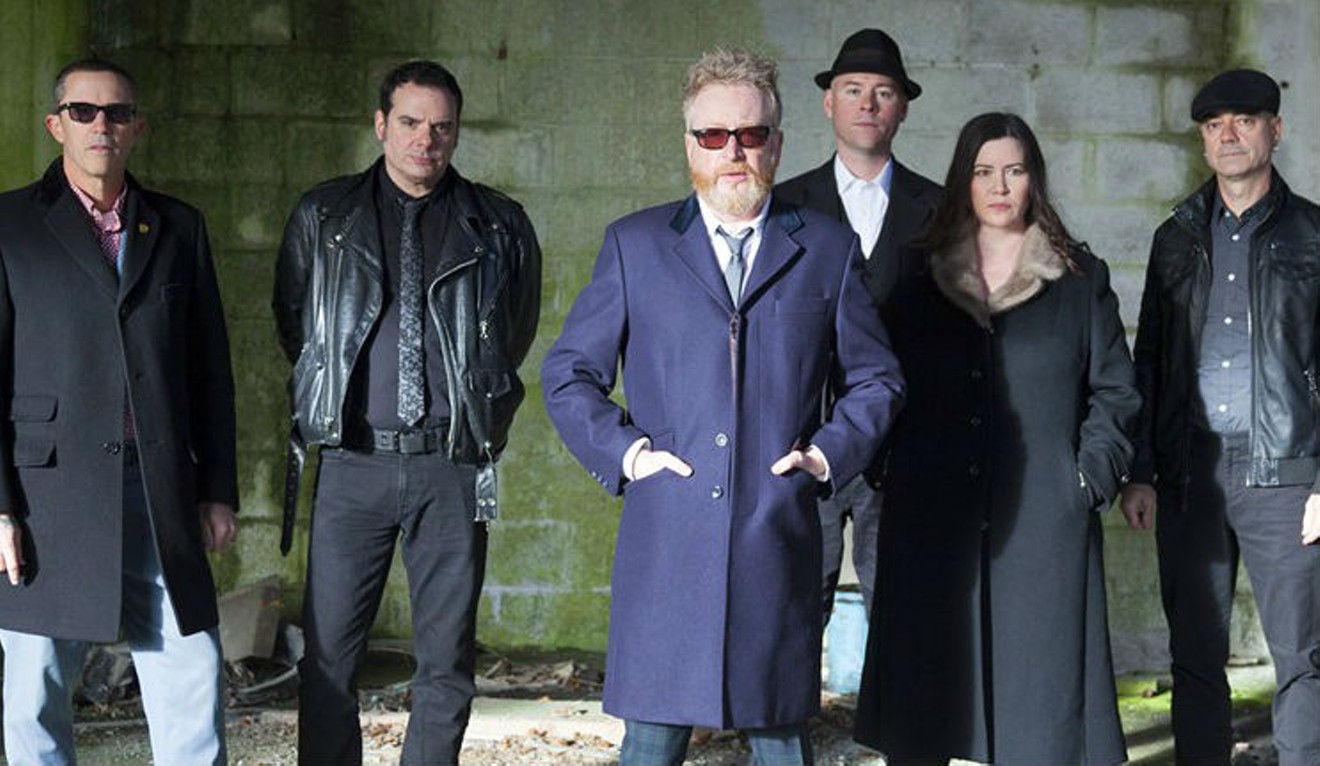 Flogging Molly today: Matt Hensley, Mike Alonso, Dave King, Nathen Maxwell, Bridget Regan, and Dennis Casey Photo by Richie Smyth/Courtesy of Night Owl PR
In recent years, the marriage of live music and the high seas has been particularly thriving – not to mention fruitful and multiplying. It seems that cruises either centered around a specific band (KISS, Metallica, Yes,…even Rick Springfield) or genre (“Monsters of Rock,” “Rock and Romance,” “Outlaw Country Cruise,” “Ultimate Disco Cruise”), are only growing in popularity.

After all, mix a rabid fan base ready to bond and party, multiple performances and fun attractions, sea-and-sand destinations, and all-inclusive food and liquor packages — what’s not to like?

In November, Celtic rockers Flogging Molly will lord loudly over their own “Salty Dog Cruise,” now in its fifth year. Stops will include Florida and the Bahamas. Though as founding front man Dave King notes, no one is more surprised at its success than himself.

Flogging Molly's latest release.
Vanguard Records cover
“The idea was never something I was interested in. People always talked to us about it, but I was not sure. I was very apprehensive to be honest!” he says. “But when we did it, it ended up being hilarious and a lot of fun. And it meant a lot to people who came. We had people from Belgium, Germany, Australia…all over the planet. What’s wrong with getting away for five days, having a good time, listening to music you love, and forgetting your [troubles]!”

King says that he happily walks around the ship wearing a Captain’s outfit, having drinks, and talking with fans. “I’m not going to lock myself in my fucking room for the weekend. I want to out and meet people who genuinely love what I do,” he says. “And they tell me stories. It amazes me the great stuff and happy stuff and sad stuff that has to do with our music. And then there’s karaoke! I never thought I’d do it, but I’m glad I do now.”

Even he was surprised on one cruise to see a wall made entirely of Jameson’s Whisky bottles behind one bar (somewhat ironic, given that King has given up the brown stuff himself). But given the, um, thirsty nature of cruisers in general and Flogging Molly fans in particular…can the band make any sort of profit on those “alcohol inclusive” packages?

“Yes…that’s difficult!” King laughs. “Though we’ve had no man overboard yet!”

The reason that Flogging Molly will be closer to home in Houston on August 14 at the Revention Music Center (with Social Distortion) is to support their new record, Life is Good. It’s the band’s sixth studio effort since their 2000 debut, with King, his wife Bridget Regan (fiddle/tin whistle), Matt Hensley (accordion), and Nathan Maxwell (bass) from that first effort. The current lineup also includes Dennis Casey (guitar), Mike Alonso (drums), and Spencer Swain (banjo/mandolin).

Social and political awareness have always been part of Flogging Molly’s lyrics and themes, and Life is Good is just as “aggressively topical” on matters of unemployment, the economy, immigration, Irish history, ethnic group shaming, and more. On no song is this more apparent than “Reptiles (We Woke Up)” with lyrics including “Like reptiles/We’ll all soon be dust someday” and “We woke up/And we won’t fall back asleep.”

“I was playing around with a guitar and started playing that riff. It was one of those songs that I thought ‘Is this a Flogging Molly song?’ I asked the band and they said ‘Fuck yeah it is!’” King says. It will likely get an airing on this tour, though King likes to still mix things up.


“I think our fans have grown up with us in a sense, and they want [different things] from us as a [live] band that’s not just the same. It’s a wonderful experience to play new songs and see people’s reactions to them. In Houston, we’ll also play a lot of songs we haven’t played in a long time.”

King says he has a particular affection for Houston as he has relatives who live here, really enjoys playing the House of Blues, and knocking one or two back at the Dirt Bar across the street.

Still, some people will and do get Flogging Molly confused with that other Celtic-tinged rock band, the Dropkick Murphys. King even notes that someone asked his Houston-based brother-in-law about that band “The Dropkick Mollys.” But for King – other than a certain Shamrock Rock tag – the two units could not be more different.

“It was great touring with them and we’ve traveled the world together they’re friends of ours, but we’re completely different bands. And they would say the same thing,” King says. “What I write about is special to me and it’s my heart and soul. And even as a live show, we’re more acoustic folk based than anything else. It’s like trying to compare the Sex Pistols to The Clash – they’re just different.”

Flogging Molly plays August 14 at the Revention Music Center, 520 Texas. Showtime is 6 p.m. with Social Distortion, The Devil Makes Three, and Les Butcherettes. For information, call 713-230-1600 or visit ReventionMusicCenter.com.   $28 and up.

For more on Flogging Molly and the Salty Dog Cruise, visit FloggingMolly.com and FloggingMollyCruise.com
KEEP THE HOUSTON PRESS FREE... Since we started the Houston Press, it has been defined as the free, independent voice of Houston, and we'd like to keep it that way. With local media under siege, it's more important than ever for us to rally support behind funding our local journalism. You can help by participating in our "I Support" program, allowing us to keep offering readers access to our incisive coverage of local news, food and culture with no paywalls.
Make a one-time donation today for as little as $1.