Expanding The Family: Folk Family Revival Will Perform At The Continental Club [UPDATED] 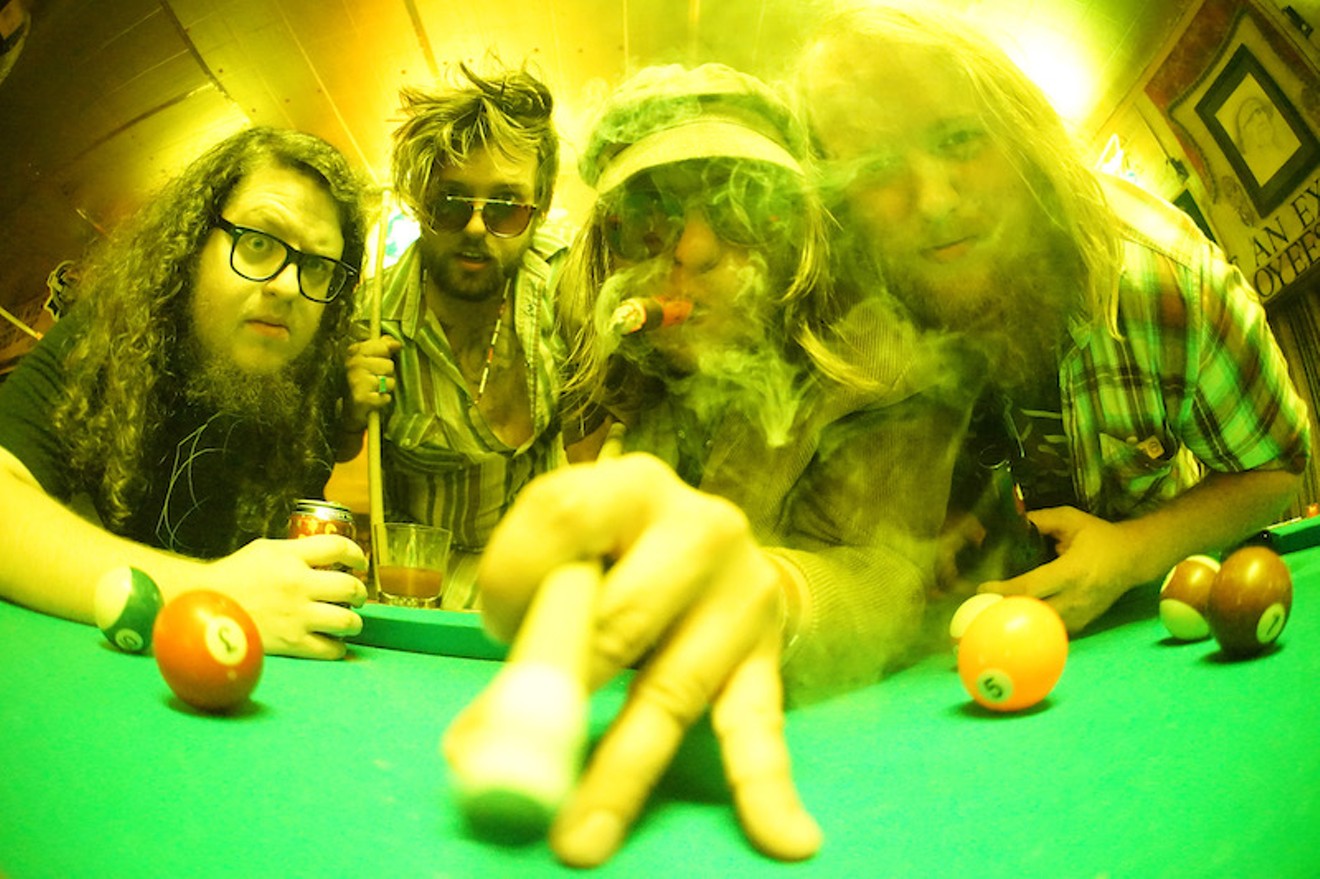 For Houston’s Folk Family Revival, COVID-19 allowed them the chance to regroup and focus. “My callouses went away on my fingers, my voice changed, I got inspired in new ways to write and then came back with a lot of energy for music and a lot of direction,” says lead singer and guitarist Mason Lankford.

Folk Family Revival has been working hard on writing new songs to record in the recording studio they are currently partnering with Adam McFarland to build above The Corner Pub in Conroe.

The band will perform with Charles Peters & The Backwards 8 on Saturday, March 18 at The Continental Club. This show will serve as a warm up toward the road to River Retreat, the annual Splice Records music festival on the Guadalupe which runs from March 24 to the 27.

“We’ve played every year. This is the first year that we are not officially on the bill,” says Lankford describing how festival organizer and Splice Records founder Shaun Brennan always makes an effort to keep the lineups fresh year after year.

“He calls it Splice Records but it’s so much more than just a record label. If you want to go to a good fucking show and a good party in Houston, just look up a Splice Records show it’s going to be everything Houston.”

Though the band won’t be officially performing, they will be bringing their well known and immersive campsite Zen City to the River Retreat. “We are going to be there every night, all night,” says Lankford.

He and his bandmates started Zen City eight years ago at the Kerrville Folk Festival and it has gone on to be a staple at many Texas music festivals.

Lankford describes Zen City as a collaborative effort between multiple bands, artists and festival goers that has become a place to get down and enjoy some after hours picking and grinning from bands that took the main stage earlier in the day and festival goers looking to keep the party going. “It's like an after hours, songwriters circus,” describes Lankford.
Folk Family Revival is part of the Splice family and released their 2019 album Electric Darlin on the local label. The well-received rock and roll concept album Electric Darlin took Folk Family Revival on the road but as Lankford describes, sometimes to play empty rooms.

“I started thinking about that and I was like, why are we playing these shows that are not necessarily for anyone? What's the point in that other than just maybe getting to play your songs and humbling yourself a little bit?”

“It took a little time to shut down and we would have never shut down if we weren’t forced to,” says Lankford. He and his bandmates; Barrett Lankford, Caleb Pace and Nick Odom decided to use the time to address their intentions as a band.

“Let's focus on what we want to do and set some goals here instead of just spinning the wheels and grinding all the time. Instead of casting a wide net, let's laser focus on things that are important.”


"Instead of casting a wide net, let's laser focus on things that are important.”

Lankford describes how that is exactly what the band has been doing. The band is currently recording new material and they plan on releasing a new single every couple of months not only allowing them to write more music but also master the recording process as a band and keep the content coming for the fans.

Folk Family Revival has been holding down the music fort in Conroe and Tomball with all band members residing between the two areas, both of which have bustling music scenes of their own which expand into Houston.

“Conroe basically used to be just putting people in the prison system, that's how they made their money,” describes Lankford of the changing city. He explains how 18 years ago community leaders and bar owners got together to form the non-profit, Friends of Conroe who pulled together to change Conroe from a dry county to a wet one.

They further promoted the city by regenerating its music scene starting with the historic Crighton Theater and the Sounds of Texas Music Series. Three years ago Conroe joined the list of Texas’ Music Friendly Communities allowing them the opportunity to grow the economic development of the music industry in their city.

This April Conroe will hold a new music festival, The Conroe Crossroads featuring three days of live music all around their beautiful and cozy downtown and Folk Family Revival will perform.

For Lankford and his bandmates, it’s clear that promoting community and good times centered around music is essential. “Go watch some shows in Houston and tell me Houston doesn't have a good music scene,” challenges Lankford.

“We’re the port city, everything comes into Houston from the rest of the world. Our culture is really diverse and the music reflects that. There’s more Tejano, there's more Hip-Hop, it's not all just this hipster country stuff.”

Folk Family Revival will perform with Charles Peters & The Backwards 8 on Saturday, March 19 at The Continental Club, 3700 Main, 9 p.m., $10-20.
KEEP THE HOUSTON PRESS FREE... Since we started the Houston Press, it has been defined as the free, independent voice of Houston, and we'd like to keep it that way. With local media under siege, it's more important than ever for us to rally support behind funding our local journalism. You can help by participating in our "I Support" program, allowing us to keep offering readers access to our incisive coverage of local news, food and culture with no paywalls.
Make a one-time donation today for as little as $1.