Sarah Grace Screencap from The Voice

Houston blues belter Sarah Grace completed her run on NBC’s singing competition The Voice this week. Her formidable talents as a singer and musician led her to the series’ semi-finals and showed music fans everywhere the talent hailing from Houston these days.

To hear her tell it, she owes some of her Voice success to the locals who knew her long before America met her on TV. She’s teaming with one of those musicians, her friend and mentor, Hamilton Loomis, for a show at Dosey Doe this Saturday. Loomis too was once a young blues phenom, a Galveston-bred guitar slinger who learned at the elbows of giants and turned that education into Grammy nods and Billboard charters. They discussed this weekend’s show, their individual and joint projects and what it’s like to have a mentor in the early stages of a music career.

Asked what was the big takeaway from The Voice, Sarah Grace replied: "“Well, I figured out that I like sushi,” she said with a laugh, “but one of the biggest things I’m taking out of this is all of the friendships that I’ve made with the other contestants. We’re already planning shows together and it’s super exciting.

"It’s really crazy to see all of these other talented people and get to work with them and live with them and have conversations about music every day,” she continued. “That’s definitely one of the biggest things I’m going to be taking away.”

Sarah Grace leads her band, The Soul, regularly at gigs around town. She attends HSPVA when she’s not drawing adoration from TV watchers or music icons, like Mariah Carey, who fawned over her in an episode of the show. What moment of her time on the show was most memorable?

“I was the very first trumpet player on The Voice, ever. So, it was really cool to make history like that and represent all my band kids,” she said.

While she was representing Houston blues to a national television audience, Loomis has been doing it the old-fashioned way, on the road, gigging behind his latest album, Basics.

“It’s kind of a departure from the record I did before which is pretty highly-produced and radio ready sounding, it’s just more of a stripped-down sound,” he said. “A lot of the songs were inspired by my son and just kind of life in general. It’s a lot more personal, the lyrics are a lot more direct than my previous projects, a lot of autobiographical stuff in there.”

Loomis is a young dad, so lately he’s been seeking a work-life balance which allows him to hang with his four-year-old son, Bo.

“I’ve actually slowed down touring so I can spend more time at home and be there for my son because, you know, you never get that time back,” he said. “We now plan the tours more strategically. We just do very short tours, you know, like fly in, do a few dates, fly home kind of thing."

Being home allows him to be around his family and his music family, which has long included Sarah Grace and her sister Reagan, who drums for The Soul.


“Hamilton is one of the original dudes that took my sister and I under his wing and really mentored us in the blues. Roll back, way, way, way back to I think it was 2013, my sister and I went to this blues camp in Galveston, which is where Hamilton’s from, and it was free and I wasn’t into the blues at all – like at all - I was not happy about going, to be honest, but Hamilton was teaching it,” she said. “It’s really cool to still have that connection with him. Before the camp, he had my sister and I out to sit in with him at Main Street Crossing. It was really cool because he didn’t need to share the stage with us like that and he did. That’s a sign of how cool the blues community is and how cool the music community in general that I’ve grown up in is.”

“It was really surreal to see her (on The Voice) because a lot of us here in the Houston music scene have known Sarah and her sister since they were nine and 11,” Loomis said. “The great thing about Sarah and Reagan is they’ve been gigging, like onstage, already for five years, so they’ve got stage experience. As any gigging musician can vouch for, you learn so much about performing and being adaptable to every imaginable scenario, you know what I mean? She’s pounded the pavement. They call it paying dues and she’s done that.”

“Hamilton’s always made a huge deal about passing stuff on, but not in a condescending way, he genuinely wants to pass music on to the next generation and that’s something that’s so cool about the blues, the different emphasis on passing down the blues and keeping the blues alive,” Sarah Grace said. “I think it’s really cool that I’ve been given that opportunity and that responsibility as an artist because I am able to kind of redefine blues in more of a contemporary way that will resonate more with this new generation that I am a part of.

Loomis was Sarah Grace's age when he shared the stage with the legendary Bo Diddley
Photo by Anthony Rathbun, courtesy of Hamilton Loomis

“It’s so natural for me to do for them, and Sarah specifically, because I had notable musicians do that for me when I was growing up,” Loomis added, noting he was Sarah Grace’s age when his idol, Bo Diddley, invited him to perform aside him at Rockefeller’s. “There is, of course, the Bo Diddley story. I have that history and he definitely was a mentor to me, but the most hands-on mentor I had was Joe ‘Guitar’ Hughes. Everybody remembers Joe Hughes. And that guy was the most amazing teacher, he absolutely schooled me and gave me
an education that no amount of money could ever buy.”

“Hamilton has just kind of stuck by us throughout the years, he’s let us open for him many times, he just produced my new single that’s out, ‘What I Came For,’ and it’s been really great working with him,” she said.

“Getting to actually produce her is awesome because the advantage I have is that I’ve known her for so long,” Loomis said. “It’s great to be able to challenge her as well and get her to do things she’s never done vocally before.”

Loomis said they finished the single before Sarah Grace left for Los Angeles to compete on the show. Available on all major music platforms, it’s the first single from an upcoming EP. Loomis is producing the entire project.

All of Sarah Grace's gigs, and her newfound recognition, means she may have as many fans in the audience as he will come Saturday. Loomis says none of them will be disappointed.

“She doesn’t just have Twitter followers and Facebook friends, she has real relationships with fans that are face to face that she’s been accumulating these past five years. She has a solid fan base and I’m so proud of her,” he said. “I don’t wanna give it away, but I know that she and I are both going to do sets of our original material and, since it’s also a holiday show, we have kind of a special surprise in there where we’re gonna do a few songs together.” 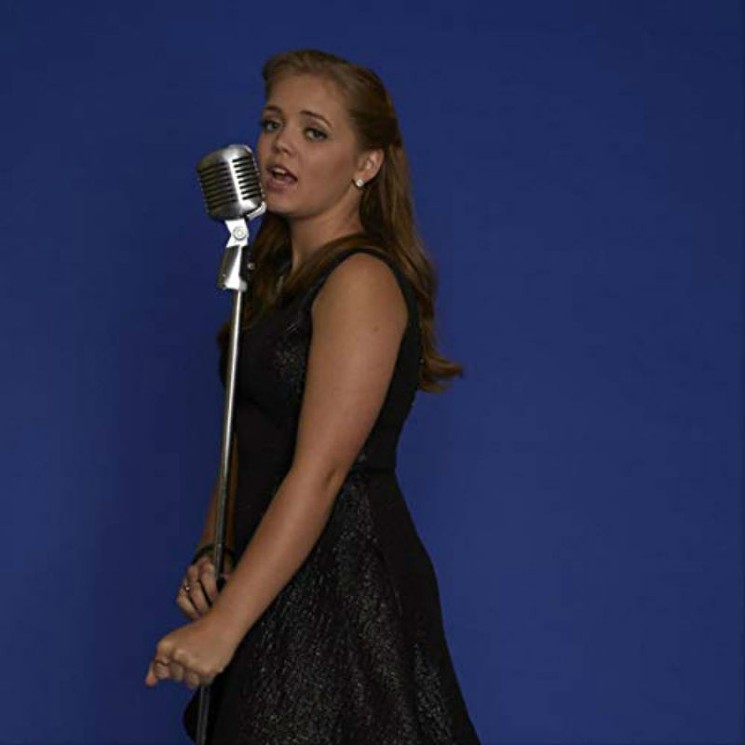 Sarah Grace had a few words for any fans who can’t attend the Dosey Doe show.

“Of course, I always, always wanna say a big ol’ thank you and that I’m just so grateful for all the support and love that I’ve been getting this whole time and that I’m so thankful for Houston especially, because Houston has shaped me and given me all of these opportunities to become a better artist and to become a better person. I’ve been introduced to so many different types of people and cultures because Houston is so diverse.

“I’ve just been really blessed to have the opportunity to go to my performing arts school and to play shows on the weekend every weekend and play different clubs around Houston and have the Houston Blues Society supporting my band and giving us scholarships. It’s just been really amazing.”

“If I showed her anything that helped her in any little way, then I’m so glad,” he said.

Sarah Grace spoke for them both when she added that there’s no place quite like home. Asked what she might want to recall about this moment some years down the line, her answer followed the road back here.

“I would say it’s time to move on to really, really cool shows that I’m going to have so much fun with and I’m so excited to going back to playing with my band. The most exciting thing for me is releasing my original music and just being able to write more and going back home to where I can actually play my music instead of a cover every week. I’m really excited to return to my old life, I’m excited to return to Houston.”