Ask Him Anything: Hayes Carll on Reddit, Dogs, Jesus and What It Is 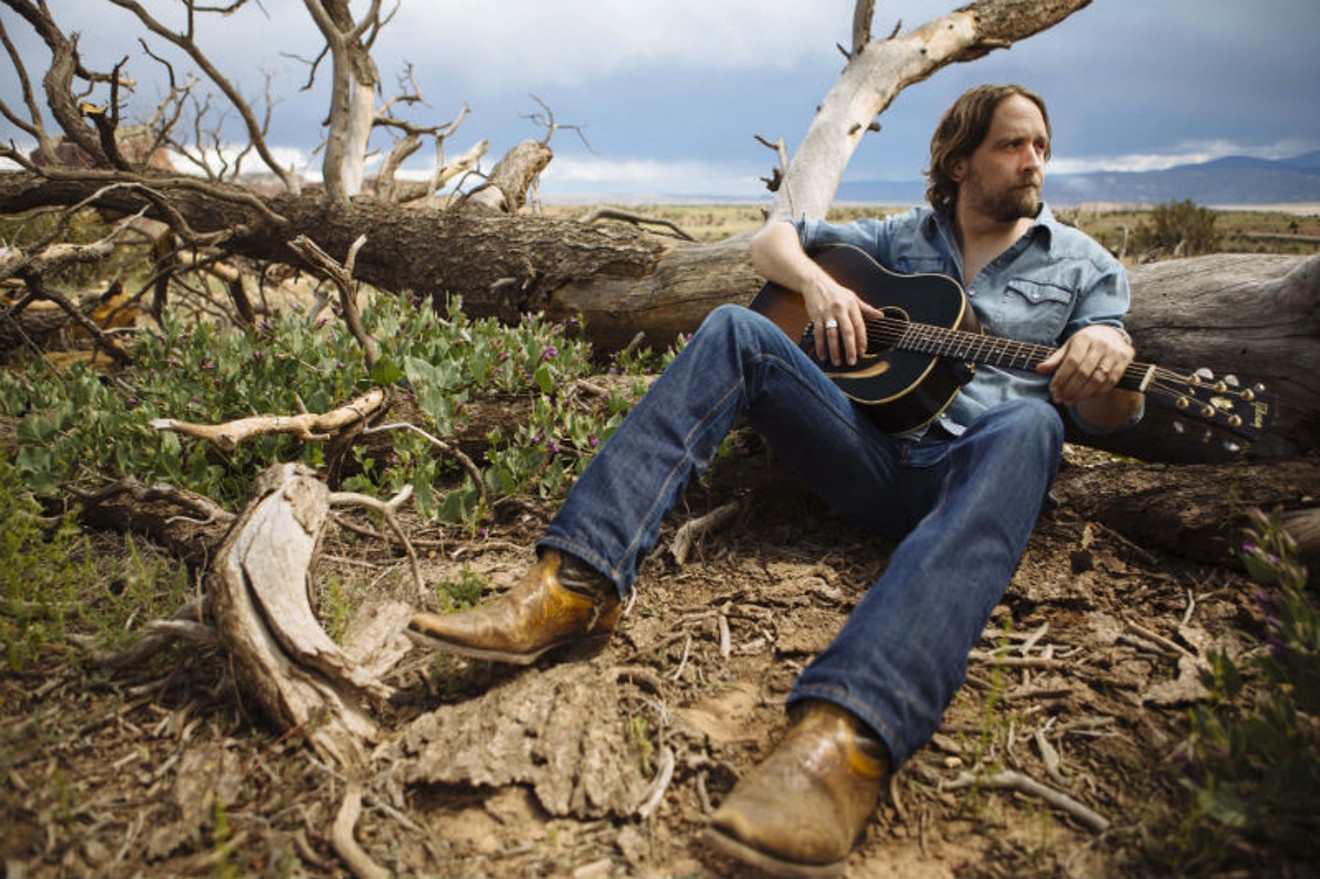 Hayes Carll has a proven, measured approach for hitting the road to support a new album. He schedules several shows in the same city – usually one in Texas – and fine tunes things, which is what he’ll be doing over the course of three Houston shows beginning tonight. This evening, it’s Continental Club and tomorrow’s sold out show is at White Oak Music Hall. Sunday he’s playing McGonigel’s Mucky Duck, a pair of sets as part of a benefit for singer-songwriter Roberta Morales.

All of these appearances are in support of What It Is, Carll’s sixth studio album, which released wide today. In addition to his tried-and-true blueprint, Carll added a new wrinkle this week, something he’d never done before. He spent Tuesday afternoon doing an “Ask Me Anything” chat on Reddit. The exchange was highly entertaining and gave readers some insight on the Grammy-nominated singer-songwriter from The Woodlands.

“I’d never even been on Reddit before so I didn’t know what I was getting myself into,” he admitted. “I got on there and got logged in finally and then I just saw a question and I said, ‘Okay, I guess I just answer this,’ and then another one popped up, but I didn’t really understand how it went. And then, after I’d been doing it for a couple of hours, I was like ‘Am I supposed to keep going? Is there a cut-off time?’”

Carll said he answered AMA questions right into the next day. That might mirror his commitment to the work and his brand and commitment is a central theme of the new record. We asked if his feeling about releasing new work has changed much over the course of six studio albums.

“It’s different and it’s the same. I guess my first record came out in 2002 and there was a part of me that felt very attached to the work and I wanted people to like it. I still feel that way. I want people to like it, what I do” he said. “But, I also am able to separate my identity from people’s opinions a little more than I probably was able to do when I was younger.


“If I get a scathing review I can not take it personally and not really let it affect me, whereas in the past I probably would have chewed on it a bit more. If I get a great review that says I’m a genius, I can also take it with a grain of salt because I would have completely believed that,” he laughed. “I’m able to remove myself a little bit more from that than I was in the past.”

We’ll jump on the genius side of the Carll bandwagon. The new album contains more of his trademark wry and thoughtful lyrics delivered by his singular sounding vocals. A highlight among many on the album is “Jesus and Elvis,” which marks the return of the Almighty One in Carll’s growing discography. One of his best known hits is “She Left Me for Jesus.” This one’s got an entirely different tone. It’s a moving, poignant tune. Add “Bible On the Dash,” which he co-wrote with Corb Lund, and Carll notes Jesus “comes up a fair bit” in his work.

“No, I’m not a particularly religious guy. I’m trying to be a spiritual guy but with limited success. I’m trying to improve in that area,” he said. “You know, you don’t have to explain who Jesus is and there’s certainly a lot of material there.”

“Interestingly, almost all of these songs, it wasn’t my idea. ‘She Left Me For Jesus’ was a song I co-wrote with Brian Keene, great songwriter, lives in Nashville now and he had that title idea and he came over. It was something he was actually kind of going through in his life and he had the idea for it. I just kind of wrote a bunch of the lyrics. But, I never would have thought of that idea in a million years.

“’Jesus and Elvis’ I wrote with Allison Moorer and Matraca Berg and Matraca had that title,” he said. “Again, I think he’s on the mind of my co-writers more often than he is on mine. That’s how he keeps showing up.”

He’ll likely be at this weekend’s approaching shows, if only in song form. Carll said starting things from a familiar base has lots of advantages.

“It’s so chaotic when a record comes out because you’re trying to promote it in every way you can, it’s a lot of everything, it’s singing and talking and shucking and jiving,” he says with a knowing laugh. “To not have to add four or six hours of travel everyday in between is a really nice luxury.”

It also gives him a chance to do in-store visits, like Saturday’s at Cactus Music and radio spots, like one he’s planned with KPFT. Mostly, it’s about priming the live show in front of friendly audiences.

It sounds as if he’s got this whole music thing solved, we noted.

“There’s a lot I haven’t gotten figured out. I’m a slow learner,” he kids. “You’d think after almost 20 years of doing it I would have it dialed in, but I don’t particularly. I’ve gotten to where I take care of myself a lot better. I don’t hit it like I used to. It’s my job and I go put on a good performance and try to have a meaningful experience and provide one as well.”

“It’s hard to maintain the normal life and that’s the part that I don’t like about it,” he continued. “I love the creativity and I love the performance, but I don’t like sleeping in a hotel every night. I don’t particularly like trying to find a decent meal in the middle of west Texas. Things like that can make it not as much fun.”

Home is on his mind more these days since he’s engaged to fellow musician Allison Moorer. One of the notes in his AMA bio was how he hopes to add a dog to his family soon. That’s a high level of commitment, a subject Hayes Carll seems to be mastering these days.

“It’s a possibility and hopefully will happen soon,” he said of adding a dog to the family. “Allison’s dog passed away this year so we’ve been missing him. Hopefully one of these days we’ll get settled and have a yard and we can get one.

“Her last dog was a Chihuahua and I had not really had any experience with Chihuahuas ‘til I got to know hers. I ended up being really fond of him. But I’m more of a slightly-bigger dog guy. I don’t need anything massive but I would love something somewhere in between a border collie and a lab. Something smart and loving and big enough to mess shit up around the house.”

So, which will it be, we asked?

“We have slightly different tastes in that department. It might need to be two dogs, actually,” he said.

Hayes Carll performs a trio of shows this weekend. Tonight at Continental Club, 9 p.m., tomorrow at White Oak Music Hall and sets at 4 p.m. and 7 p.m. Sunday at McGonigel's Mucky Duck, 2425 Norfolk.
KEEP THE HOUSTON PRESS FREE... Since we started the Houston Press, it has been defined as the free, independent voice of Houston, and we'd like to keep it that way. With local media under siege, it's more important than ever for us to rally support behind funding our local journalism. You can help by participating in our "I Support" program, allowing us to keep offering readers access to our incisive coverage of local news, food and culture with no paywalls.
Make a one-time donation today for as little as $1.