Hector Ward And The Big Time Smile Into Life 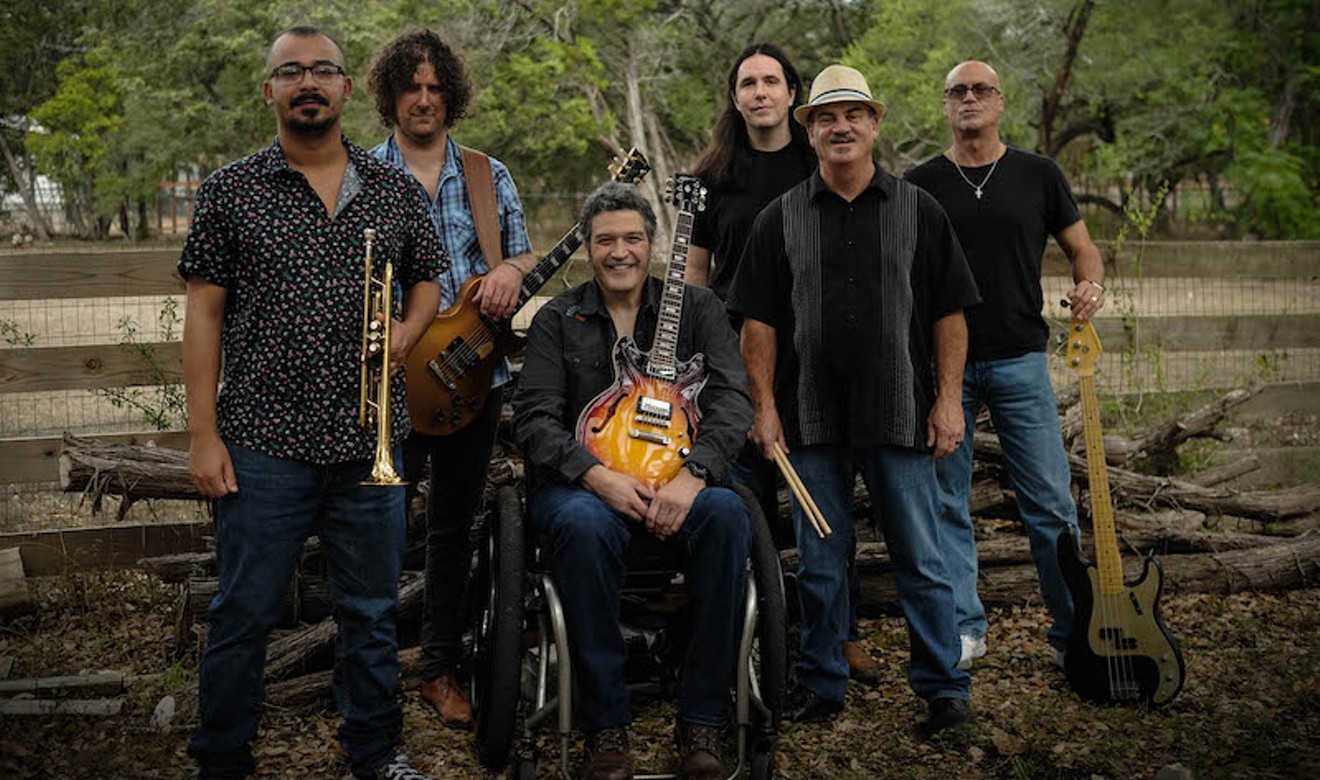 Hector Ward And The Big Time will perform at The Continental Club on Friday, January 27. Photo by Jason Walker
For frontman Hector Ward, Smile Into Life isn't just the title of his 2019 album; it's a way of life. “I like to give out good vibes because life is short and it's better to smile into life like the record says. It’s the choice of life, to either be happy or sad.”

Austin-based Hector Ward & The Big Time will perform on Friday, January 27 at The Continental Club along with Austin funksters Flyjack.

“I love Houston and my people,” says Ward. “I love Austin and Texas. I just love playing music for people.”

Ward, originally from “blink and you miss it” Damon, Texas has Houston roots with family and friends from the area. Growing up and playing sports, Ward spent a lot of time around the city engaging in friendly competition with kids from the local schools.

Though he always had an interest in music and the performing arts as well as sports, he delved deeper into playing live music after a serious car accident at the age of 19.

“They thought I was going to die. I was in the hospital for seven months doing rehab. They told me I would never walk again but I do walk some everyday. Life is short, grand and glorious. I'm glad we are all living and doing it together, that's all I can say.”

"Life is short, grand and glorious. I'm glad we are all living and doing it together, that's all I can say.”

He delved deeper into playing live music after moving to Austin in 1995 and exploring the city’s open mic nights and musical community. For the past 20 years Ward and his band have become staples around the city with Ward not only fronting his band but also playing in Sly Curtis and being part of the The Saxon Pub documentary, Nothing Stays The Same.

Ward also has his own label Blackfinger and stays busy hosting his annual Blackfinger Music Party during SXSW, an event that has been going on for 13 years.

“I wanted to put a showcase together where it was all Austin, Houston or good friends from San Antonio. Just good bands that I was familiar with and to help them get out there a little bit more.”

Showcasing different sounds is what Ward and his band are all about as their music combines elements from almost every genre ranging from reggae, soul and blues to afro Cuban inspiration, a direct effect of Ward’s Cuban heritage.

“I like being eclectic,” says Ward earnestly. He credits his fellow founding members bassist Scott Beardsley and drummer Mike McGurk for helping to shape the sound and direction of the band.
Smile Into Life is a fun reflection of the natural light and strong energy that radiates from Ward and his band on stage. “Life And Livin’” showcases the entire band’s individual and collective talents while encouraging others to get out there and live their dream while having a good time.

Ward seems to be one of those people who were simply born with a smile on their face and gratitude in their hearts.  His positive vibe is infectious and refreshing, on or off the stage. When asked how audiences usually respond to his band, Ward has definitely seen the effects firsthand.

“People like to hug me,” says Ward with a laugh. “I don't know if my forehead says ‘Drunk person rest stop’ but pretty girls like to sit on my lap, it's pretty funny. I like putting good energy out into the world and people like receiving good energy.”

Hector Ward And The Big Time will perform with Flyjack on Friday, January 27 at The Continental Club, 3700 Main. 9 p.m, $17-27.
KEEP THE HOUSTON PRESS FREE... Since we started the Houston Press, it has been defined as the free, independent voice of Houston, and we'd like to keep it that way. With local media under siege, it's more important than ever for us to rally support behind funding our local journalism. You can help by participating in our "I Support" program, allowing us to keep offering readers access to our incisive coverage of local news, food and culture with no paywalls.
Make a one-time donation today for as little as $1.