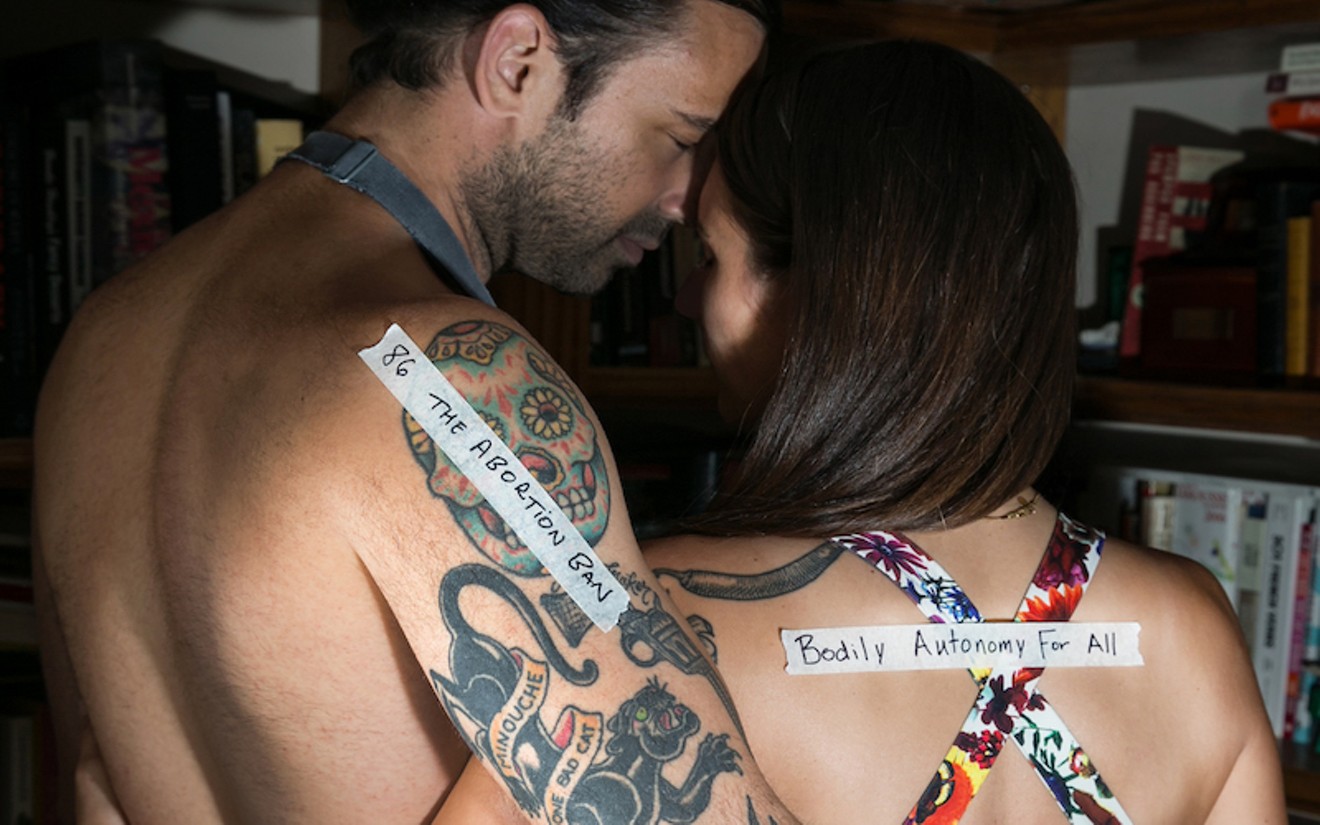 Entrepreneurs Tony (El Topo) and Kale (Control Studios) Luhrman united for women's rights and the 1973 Project. Photo by Emily Jaschke
With the recent leak of the Supreme Court’s draft opinion on overturning the historic Roe v. Wade decision, women’s rights groups have been working overtime to raise awareness and mobilize in the fight for bodily autonomy and reproductive rights.

I’ll Have What She’s Having has been working hard since 2017 to help women in Houston’s thriving hospitality industry access healthcare including reproductive and mental health healthcare and cancer screening.

This Sunday, June 5 they will be hosting their first ever Rock and Roll Picnic at The Continental Club with sales benefitting IHWSH and their 1973 Project which raises funds to assist Texans seeking abortion care.

The Rock and Roll Picnic will begin at 1 p.m. with a lecture by local artist Elena Sandovici inside the Mid Main Gallery followed by cocktails at the recently reopened Double Trouble. Visitors are encouraged to visit the nearby shops which will be donating a portion of their proceeds from the day to IHWSH.
The Continental Club will open at 2 p.m. with DJ Gracie Chavez spinning until Nobody’s Daughter takes the stage followed by Katie Rushing, Dusty Santamaria, Sheverb and Calliope Musicals. The evening ends with an after party at nearby Winnie’s.

Throughout the day there will be a silent auction to raise additional funds including culinary experiences and a custom design by Bonnie Kennimer. Tickets start at $25 for general admission to $1,973 for a VIP experience for six which includes table service, drink tickets, online recognition and two picnic tiffins, a multi-course meal in a box.

Tiffins can be purchased at the Rock and Roll Picnic for $197.30 and includes a four course meal which feeds two to four people. The adult lunch box features many multicultural dishes created by Houston area celebrity chefs.

“We need our friendships and our allies more than anything right now,” says photographer Emily Jaschke.Her photographs featuring men and women in the Houston community show individuals with tape on their bodies and the name of the project written on the tape.

The tape is a reference to how items are labeled in restaurants and bars signifying the date of their creation combined with the year 1973 referencing the year that Roe v. Wade passed.

“We feel so stripped down and vulnerable because our basic rights have been taken away, devastated really,” explains Jaschke of her creative process using bare skin in many of the photos. “Silence is complacency and if a picture speaks a thousand words, we are letting our voices be heard through powerful images.”

The 1973 project began as a reaction to Texas Senate Bill 8 which bans abortions as early as 6 weeks into a pregnancy, which is before most women know they are pregnant.

“Most of the younger people have never lived without choice and so that's a very monumental date and we're just showing that we are going to be going backwards in time,” says organizer Elaine Dillard.

Dillard was inspired to create this event by attending a female power heavy concert at The Continental Club with Sailor Poon and Thelma and the Sleaze performing earlier this year.

“We always try to have a culinary component to it,” says Dillard of other IHWSH events in the past. “But for me, I'm also very passionate about music so let's have some music because I felt like screaming. The punk rock kid in me just wants to yell.” 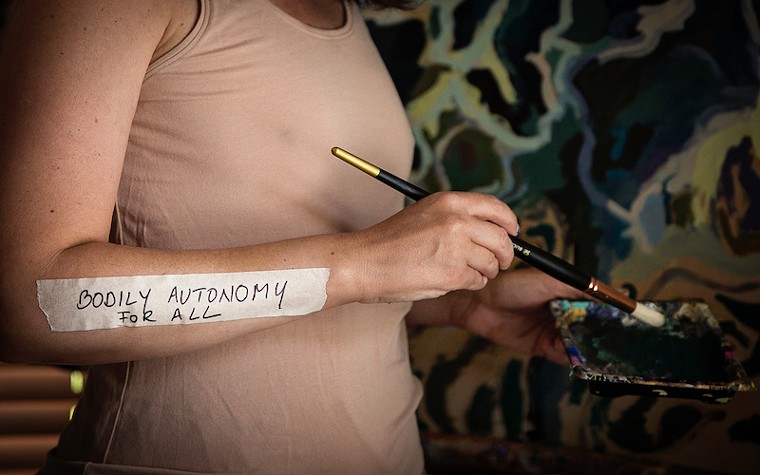 Artist and guest speaker for the Rock and Roll Picnic Elena Sandovici captured for the 1973 Project.
Photo by Emily Jaschke

“It just feels like women's voices are being stifled and that we are being pushed into smaller and smaller, more constricting and confining roles while being pushed backwards in our history. Some of the progress that we've made is being taken away from us and so we are going to celebrate being able to take up space and express ourselves,” says speaker and artist Sandovici.

Before dedicating herself to art full time, Sandovici was a professor at Lamar University for 14 years where she taught political science.

She describes how initially, students would sometimes get upset about this subject even telling her she would be damned to Hell on occasion, but as the years went on she saw more and more how the younger generations were increasingly open and accepting of the endangered court ruling.

“I always tried to teach it from the perspective of understanding the constitution and understanding the court's intention and the right to privacy and personal autonomy and how important that is because to me, that's actually the gist of the Bill of Rights. We are supposed to do as we please with our own person without the government trying to regulate that so it goes far beyond reproductive issues,” she explains.

IHWSH Rock and Roll Picnic will take place on Sunday, June 5 at The Continental Club, 3700 Main, 2:00 p.m, $25.
KEEP THE HOUSTON PRESS FREE... Since we started the Houston Press, it has been defined as the free, independent voice of Houston, and we'd like to keep it that way. With local media under siege, it's more important than ever for us to rally support behind funding our local journalism. You can help by participating in our "I Support" program, allowing us to keep offering readers access to our incisive coverage of local news, food and culture with no paywalls.
Make a one-time donation today for as little as $1.