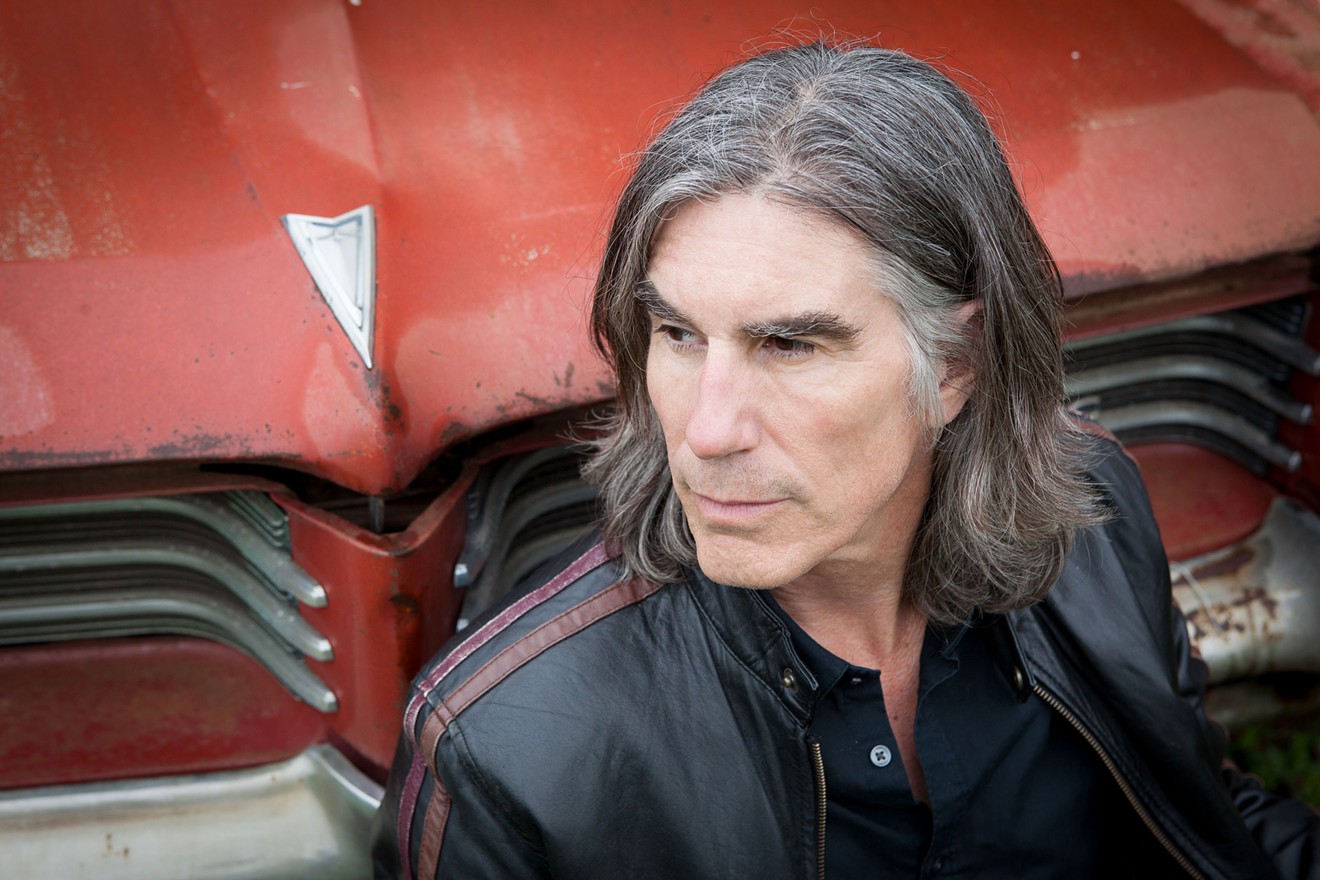 New York City thrummed with music tribes in the mid-1980s that seemed hell-bent on contorting the world. Sonic Youth produced alluring and deranged art rock; Agnostic Front and Cro-Mags tore through punk gigs with urgent hardcore fury; and rap and hip-hop pioneers from LL Cool J and Public Enemy to the Beastie Boys produced an uncanny urban soundtrack that re-wired modern music. Yet, in the middle of the furor came the laid-back, roots-strumming, literate musings of the Silos, whose singer and guitarist Walter Salas-Humara is now appearing at Mucky Duck for the first time.

Salas-Humara’s signature mostly remains a flannel-shirt earthiness, demure songwriting, and, early on, a kitchen-sink realism recording style. Tunes found on Ask the Dust, which captures songs that range from 1980-1988, literally feel recorded on linoleum between a Formica table and beaten-up chairs. Packed with small, charged flickers of intelligence, vulnerability, and desire, it throbs with time-past but also exposes the exoskeleton of his overall style.

Salas-Humara might have attended art school at Pratt Institute, but his songs feel shaped by low-key vistas of everyday life. Of that era, Salas-Humara recounts: “I learned a lot about design, conceptual ideas, and the history of art. I think that has helped me bring a unique character to my music and art, but it’s being out there on the road, just playing and playing, singing and singing, connecting with audiences, trying new shit out, that has made me a not only a better entertainer, but a better person.”

In doing so, he imbued tunes with a slightly grass-worn, wandering Western vibe and a relaxed and open-ended ambience. Plus, they teemed with a bounty of hooks and grooves that never distract from his musical portraits of marriage, memories, mornings, and women named Margaret. Yet, on occasion, the Silos unleashed pulsing, frenetic rockers like “Hook In My Lip.”

The songs found on lauded albums like About Her Steps and Cuba, like the bracing, guitar-propelled “Tennessee Fire,” or the more delicate “For Always,” signal something infectious — a subdued mood and vitality that soon became commonplace in later acts, including Alejandro Escovedo (whose songs have also featured stirring string accompaniment) and alt-country icons like Wilco and Son Volt.

Packed with storytelling smarts, tuneful but not push-button perfect structures, and never hosting over-the-top or ill-rooted guitar work, the Silos offered authenticity and austerity. In doing so, fans jumped on board quickly, from the New York Times and Rolling Stone to David Letterman and boundary-pushing novelist Jonathan Lethem.

But the band imploded and morphed. And throughout Walter-Salas’ solo career (and various re-boots of the Silos) spanning three decades, his voice has remained textured like a walnut; meanwhile, his narratives focus not on interior, abstract weaves of doubts and anxieties but on storytelling. He renders small incidents in granular detail that take on the weight of attentive, convincing poetry and wry wordplay. Each tune is marked by such humanity, which offers much refuge in a convulsive time.

“I’ve traveled all over the world and met pretty much every kind of human in every kind of environment,” notes Salas-Humara. “The one thing I’ve learned is that everyone is pretty much the same. The thing that separates people is fear. What it is that they fear and how much they fear it. Fear is the enemy of peace. The key to defeating fear is overcoming one's fear of death, which is the underlying fear of all fears”

And to that end, the songwriter can wax deeply philosophical: “This means we, the current form of the particles within us, have been around in different forms since the beginning of the universe and will continue to be around forever. There is really no difference between life and death and therefore nothing to fear. What follows is also obvious — fear and problems do not exist, only the mind can create fear and problems. There is literally nothing stopping everyone from sharing and loving.”

Indeed, his tunes can also depict a whirling kind of interconnectedness. That includes the savvy build-up images that populate his newer tunes as well. In material like “Here We Go,” found on his last slab Walterio, he catalogs much: keys dropped off for landlords, cashed out bank accounts, water that tastes like kerosene, helicopters, and Burning Man. That deft touch and ability to jet from empty apartments and the Zodiac to even the sun-swollen land of Marrakesh in just a few minutes reveals his knack for an effective montage.

Meanwhile, “She’s a Caveman” feels like slightly wonky 1980s garage rock, perhaps a version of early Hoodoo Gurus. “A great song can be arranged into any style, genre, beat, whatever and it will always be great,” Salas-Humara reminded me. “That said, incredible guitar solos don’t hurt either.”

And sometimes he aims in a slightly wounded way, like the woozy “Come in a Singer.” The tune’s narrator bemoans how critics often miss their mark, thus great singers go unheeded, neglected, and shoot from the heart into the void until someone belatedly recognizes their inherent worth in the scheme of things. And “Out of the Band” recounts, in rollicking tact and barroom-fueled masterstrokes, kicking out idiot bandmates who fumble songs night after night. Blistering call-outs fill the tune, dilating its punchline impact.

In a time when the music world seems indebted to computerized, prosthetic music making, in which anything can be stitched together for desired effect, Salas-Humara touts a cosmic kickback to an earlier era, proven on albums like Work: Part One and Two. The albums revisit his standards, but this time in the form of naked examples. Acoustic and spare, he is not a merchant of calculated cool, as the songs unerringly convey: he is a man just stroking through songs, slight dents and all, that reject robotic infatuations with slickness.

The space-time of Salas-Humara is not a Technicolor world, or a green screen world of hyped fakery, it’s a workaday world, paced as such, in which home and heart are the iconography of inspiration, played with pluck and gravelly insight. And Mucky Duck, with its darkened corners and sit-down deference, will offer just enough serenity to encounter the singer-songwriter in his curiously steady, long-accumulated fullness.

Or, as Salas-Humara suggests, “One’s environment and one’s experiences always informs one’s songwriting. This happens naturally whether you like it or not. Songs are life, and my life has been just one very long song.”

Walter Salas-Humara is scheduled for 9:30 p.m. March 9  at McGonigel’s Mucky Duck, 2425 Norfolk, 713-521-0521. For information, call 713-528-5999 or visit https://www.mcgonigels.com. $20 plus fees.
KEEP THE HOUSTON PRESS FREE... Since we started the Houston Press, it has been defined as the free, independent voice of Houston, and we'd like to keep it that way. With local media under siege, it's more important than ever for us to rally support behind funding our local journalism. You can help by participating in our "I Support" program, allowing us to keep offering readers access to our incisive coverage of local news, food and culture with no paywalls.
Make a one-time donation today for as little as $1.
David Ensminger