James McMurtry Ponders the State of the Union 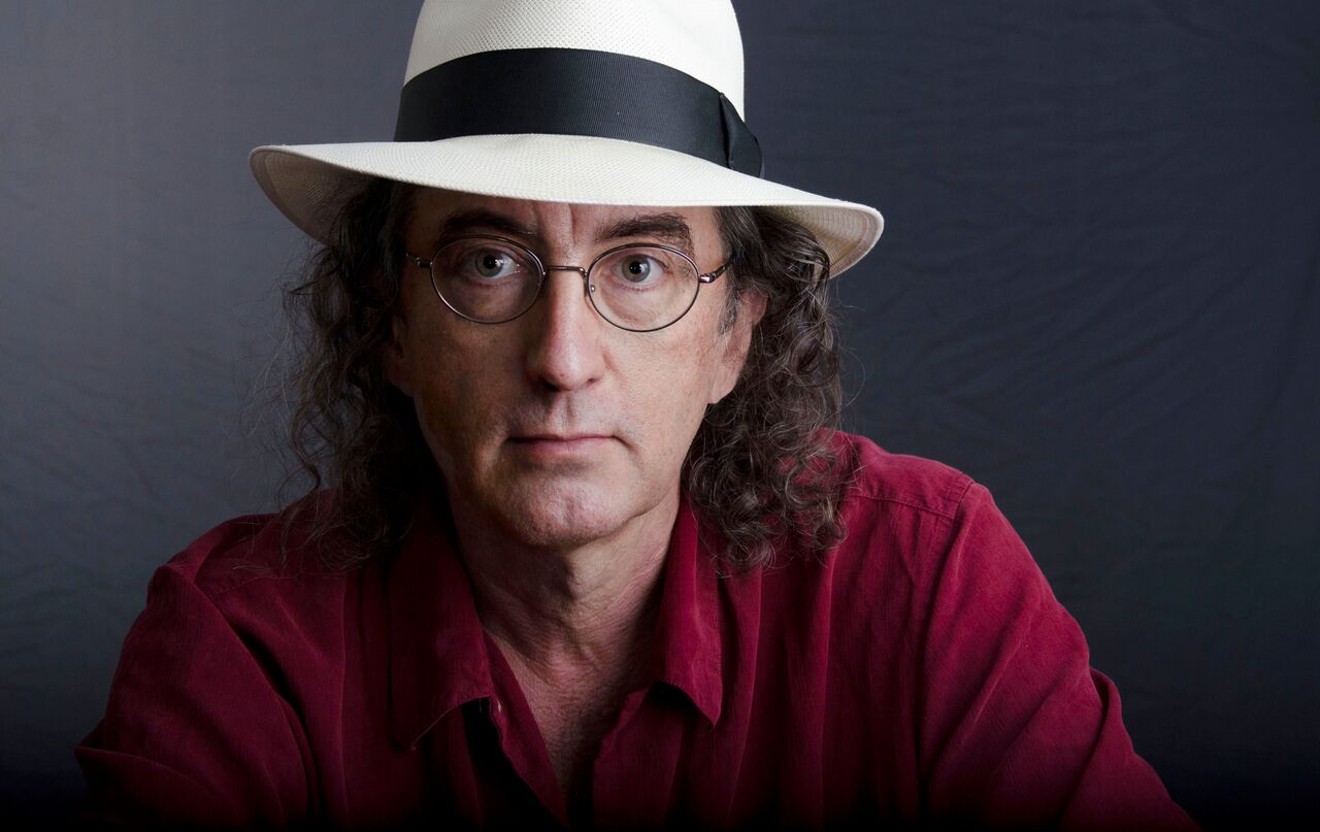 Since the events of the last U.S. Presidential election, there’s one regular social event that has gotten a lot more, um, interesting. And that’s the family gathering! I mean, what could possibly go wrong when you throw together in one confining house relatives who may not have seen each other since the last get-together, mix in previously held grudges and viewpoints, then bring up contemporary news and politicians!

For James McMurtry – one of contemporary music’s keenest and sharpest observers of human behavior – it’s a great setting and source material for a song. And that’s what he did after releasing the single “State of the Union” just in time for last year’s holiday gatherings.

“My brother’s a fascist, lives in Palacios, fishes the pier every night/He holsters his glock in a double retention. He smokes while he waits for a bite/He don’t like the Muslims/He don’t like the Jews/He don’t like the Blacks and he don’t trust the news/He hates the Hispanics and alternative views/He’ll tell you it’s tough to be white.”

So with all that’s gone on in just the past year – is it time for McMurtry to pen a “State of the Union: Part 2?” “I’m sure somebody could write a new song about it,” the singer/guitarist who also wrote the similarly dissolute sister song "We Can't Make it Here" offers. “I don’t remember if I really set out to write that song that way. It just kind of started out as a play on words.”

Words. If it’s one aspect of James McMurtry’s songs that get the most attention – often from music writers – it's how he chooses to combine letters into lyrics. But the other half of his talent tends to get buried in that first blush of purplish prose from journalists.

“They don't seem to acknowledge the music. They tend to see my songs as poetry, which they are not,” McMurtry offers with a droll voice. “The musical element of my songs are just as important. But I guess it’s nice to be noticed for something.”


The Fort Worth-born James McMurtry made his debut in 1989 with the critically-acclaimed Too Long in the Wasteland (co-produced by John Mellencamp), just on the cusp of the No Depression/alt-country movement. But his songs full of rich detailed characters and social observations were almost as much narrated in his flat, detached voice as they were sung made them stand out. This is also where we make the obligatory mention that his father is noted Texas novelist Larry McMurtry.

To date, he’s released a total of nine studio albums – the most recent of which is 2015’s Complicated Game—and two live efforts. The record addresses the subject of love in various guises (bitter/nostalgic/all-consuming/sweet/jealous), and also personal displacement, aging, returning military vets, farming, rush hour traffic, and even illegal fishing.

But James McMurtry is surprisingly distant – almost dismissive – in discussing the recording aspect of his career. “I just put out records when it’s time and the club dates start falling off and I need you guys to write about something so people will know I’m coming to town and buy a ticket,” he says. “All the money is made on the road now. We hadn’t put out a record in about eight years and then did that one. It goosed the touring business for a while, but now it’s fallen off again. I guess it’s time to go back in the studio.”

James McMurtry in concert.
Photo by Brian T. Atkinson/Courtesy of Conqueroo PR
Houston has been a close and frequent destination for touring, whether with a full band at venues like the Continental Club or solo like his upcoming show at the Mucky Duck. He also lived in Houston as a young child from the mid to late 1960’s, attending Roberts Elementary near Rice Stadium. He says he still likes to “poke around Rice Village” if he gets the chance when in town.

He’s lived in Austin since 1989 but will spend the next couple of months in the process of moving his family to Lockhart, Texas. It seems that the landlord who owns his rented duplex is ready to sell—and undoubtedly make a killing in cash to a developer for just the land in the city’s red-hot real estate marker.

“We can’t afford to live in Austin anymore,” he says with a mixture of resignation and bemusement.

But maybe he could look to the store on his website at jamesmcmurtry.com for added income flow in between tours. There under the “McMerch” tab, fans can buy usual items ranging from CDs, T-shirts and posters bearing his name and/or likeness to alcohol flasks and shot glasses, art prints, lyric T-shirts (one with his line “Honey, don’t you be yellin’ at me/When I’m cleaning my gun”).

But the most offbeat item you can have delivered to the comfort of your own home is a case for the iPhone 6. It features a photo of McMurtry surrounded by two beautiful women in a parody of a certain previous ad campaign for Dos Equis, and the line “the least interested man in the world pretty much always drinks beer.”

“That stuff is mostly my manager’s ideas,” McMurtry says. “I didn't even know I had an iPhone case!”

James McMurtry plays at 7 & 9:30 p.m., December 15, at the Mucky Duck, 2425 Norfolk. For information, call 713-528-5999 or visit McGonigels.com. $28-$30.
KEEP THE HOUSTON PRESS FREE... Since we started the Houston Press, it has been defined as the free, independent voice of Houston, and we'd like to keep it that way. With local media under siege, it's more important than ever for us to rally support behind funding our local journalism. You can help by participating in our "I Support" program, allowing us to keep offering readers access to our incisive coverage of local news, food and culture with no paywalls.
Make a one-time donation today for as little as $1.