Teresa Suárez Cosío recognizes the cinematic aspects of her life and career as the frontwoman for Le Butcherettes. The plot, if you will, has included thrilling moments, like striking a friendship with the band At the Drive-In. The rags-to-riches moment came when a Rise Records representative arrived early for an At the Drive-In set Suárez Cosío's garage-punk band opened. They were signed by the label. She even plays a role onstage as her fiercely primal alter-ego, Teri Gender Bender.

Like any compelling drama, she said, these uplifting scenes were contrasted by cutaways to conflict and turmoil. Those real-life events found their way into a short film she was creating and that short film eventually gave shape to the band’s fourth studio album, bi/MENTAL, which released to high acclaim last month. The band returns to Houston this Friday to perform selections from it at Warehouse Live.

At its heart, bi/MENTAL is Suárez Cosío’s musical reflection on growing up and coming to terms with her mother’s mental illness. Before the album had a theme, she was exploring ways to grasp that difficult subject matter through film.

“I started a short film with my mother in it. She was an actor since she was younger, so basically I asked my friend Omar Rodríguez-López, who has produced my past records – but, he’s also a director and a scriptwriter —I asked him basically to try to rewrite what I had in my mind for my mother. So, he was directing the project and I invited Jello Biafra to be part of the film,” she recalled, noting the punk icon played a pivotal role to bi/MENTAL, including appearing on a track.

“The short film was going great, but her mental breakdown started happening during the filming and Jello Biafra was there for her. He was there for me, for her, for Omar, because everything was falling apart due to her drinking,” Suárez Cosío explained. “That’s basically what led to the outcome of naming this record bi/Mental, because it was the spectrum of everything’s going well, but at night time, once the sun goes down, this different person comes out of my mother that’s not her.”

During filming, things deteriorated rapidly, she said. There’s a scene in the piece where Biafra is speaking to her mother and it took more than 20 takes to film. Suárez Cosío said her mother was supposed to hug Biafra in this scene, but she fell and injured herself in the process.

“A little bit after that my mom started threatening everyone on set with a gun. It was like some Hunter S. Thompson-crazy stuff,” she says, with a hint of astonishment still in her voice. “Later, afterwards, she tried to hurt me physically, so I completely zoned out. I locked all the doors to my house, locked myself in the house like Bird Box and I even taped all the windows because we don’t have curtains.”

She turned inward and used the experience to define the album she was writing. From those unsettling events, she combed through 60 demos and pared down to 13 songs that reflected the chaos that surrounded her. On a broader scope, in a bigger world where mental illness, addiction and chaos thrive, the songs connect strongly with listeners.


“Basically, we’re still in the editing process of that short film,” she says, and acknowledges it may never release because of its personal nature, “but it was such a learning and personal experience. In a way it was very cathartic that Jello was there, because he’s one of the people that I grew up listening to.

“But Jello was such a gentleman. He was patient with the whole thing,” she said. “It was so surreal for him to be in the eye of the hurricane while all that stuff was going down with my family.”

Those events did lead to some silver linings. Suárez Cosío said she connected with her grandmother, who’d been at arm’s length for years by her mother’s design. And the subject matter turned her into an advocate for mental health awareness. She got involved with the non-profit You Rock Foundation, which encourages overcoming mental illness through music and storytelling.

“It’s been a very cathartic experience, this whole outcome,” she said.

Suárez Cosío finds comfort in places, too, and Houston is one of those warm locales, she said.

“For me, Houston is a safe haven in the sense that I have a lot of family members that moved from Mexico to Houston,” she said. “I’m talking about this because I think it’s so good to have that dialogue and that awareness. We’re not a family that comes from a wealthy background, it’s quite the opposite. And, with that being said, there were still kidnappings happening within the family, so that’s one of the main reasons a lot of my family members had to leave Mexico and Houston was the place to go to.

“Every time I go by, it makes me feel safe," she continued. "My aunts go to the show, my cousins, and it’s an honor for me to be backed up by such strong, powerful women that had to go through that and start a whole new life in Houston. It brings good memories and also reminds us of where we came from and what’s still left to be done.”

All the talk about family, particularly the maternal side of things, prompted us to ask whether Suárez Coscío aspires to motherhood someday.

“I pray for it. I want to be a parent someday and obviously learn from my parents’ mistakes and also recognize their strengths, too,” she said. “At least I know not to repeat some things, but at the same time it’s easy to say, ‘Oh, I’m not gonna do that!’ 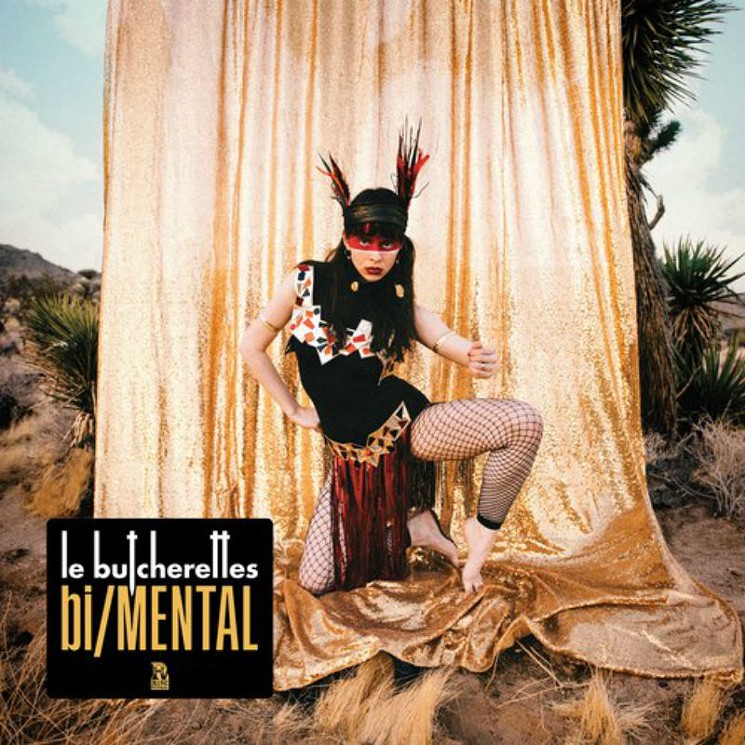 “Who knows, maybe I might be doing the same thing? History repeats itself. I think about it constantly and I doubt it constantly, but then there’s that little voice that says, ‘No, you can do this. You will be a good mother.’ There’s definitely a lot of back and forth in my mind. But I pray for it.”

We note she has something akin to parental experience as a band leader. For this project, she leaned on bandmates Alejandra Robles Luna, Rikardo Rodriguez-Lopez and Marfred Rodriguez-Lopez, as well as guests like punk icon Alice Bag and Chilean indie-pop artist, Mon Laferte. The Talking Heads’ Jerry Harrison produced the album, filling a role traditionally held by Omar Rodríguez-López.

“It was really nice to go down the other side of the spectrum with Jerry because it was culturally different and from a different generation. It was like talking to a historian because he would tell me stories of what it was like to record their music,” she said, noting Harrison, “speaks the language of a musician. He studied music, he’s an actual musician and I’m not. I try to make songs from poems so it’s really cool to learn the technical side of things from him.”

Despite the fact that they were still at odds on the day of our interview, Suárez Coscío recognizes the role her mother played in bringing bi/MENTAL to life. She still hopes for reconciliation and healing, too.

“With the help of my friends we were able to have an intervention with her and she listened, in that moment. My mother, the mother I know, listened and she was diagnosed and she stayed at the center for a bit to try to get the alcohol out of her system, but then she went back to it. And then, she cut everyone out of her life," she said. “Hopefully, with this record, if she listens to it, hopefully it will inspire her to reach out to me. You can only do so much for someone. I had to learn to give up with elegance, I guess, for the time being.”

Le Butcherettes perform Friday, March 8, at Warehouse Live, 813 St. Emanuel. Stars at Night and The Raccoon Gang open the show. Doors at 7 p.m. and bands at 8 p.m. for this all ages show. $16-19.
KEEP THE HOUSTON PRESS FREE... Since we started the Houston Press, it has been defined as the free, independent voice of Houston, and we'd like to keep it that way. With local media under siege, it's more important than ever for us to rally support behind funding our local journalism. You can help by participating in our "I Support" program, allowing us to keep offering readers access to our incisive coverage of local news, food and culture with no paywalls.
Make a one-time donation today for as little as $1.