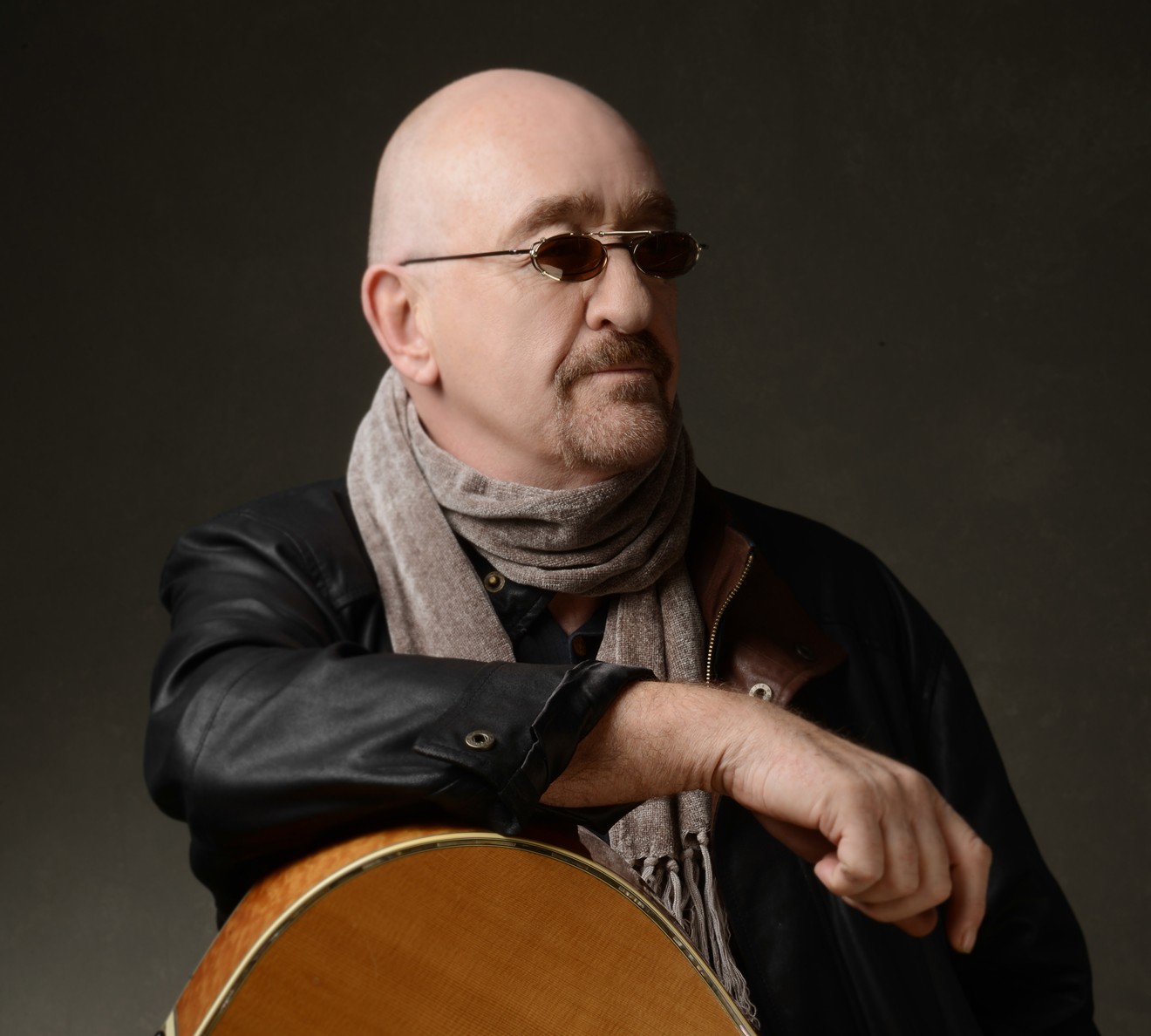 Dave Mason revisits his past on latest record. Photo by Chris Jensen/Provided by MADInk PR
During the current pandemic, there probably aren’t a whole lot of new rock bands forming around the country—much less one whose lineup consists solely of current or about-to-be-inducted Rock and Roll Hall of Fame members. Unfortunately, for Dave Mason and the Quarantines, the scope of their entire career will probably be limited to one virtual video.

Recently, classic Rocker Dave Mason got together friends and HOF club members Mick Fleetwood (Fleetwood Mac), Sammy Hagar (Van Halen), and Tom Johnston, Patrick Simmons, Michael McDonald, and John McFee (the Doobie Brothers) for a virtual collaboration on Mason’s most famous song, “Feelin’ Alright” Written when he was all of 19, its lyrics are surprisingly relevant in a time where…well…most of us are not feelin’ alright (just like the song’s narrator). But there was another reason Mason picked it for the “band.”


“Everybody’s knows ‘Feelin Alright’ There’s two chords, and you can’t fuck it up!” Mason laughs. “People were bugging me to do something online. But rather than me just sitting there with an acoustic guitar singing a couple of songs, I wanted to do something cooler. Mick I’ve known a long time – I was part of Fleetwood Mac for a couple of years. I’ve done shows with the Doobie Brothers on and off since the ‘70s. And I met Sammy last year during Christmas time at a dinner at Shep Gordon’s.”

Gordon, the longtime manager of Alice Cooper, famously throws an all-star concert event in Hawaii each year to benefit the Maui Food Bank, which is also how Mason knew many of the “Quarantines.” Everyone recorded their part in their home studios while McFee played traffic cop with the files, piecing the song together, before each player filmed their video portion. And since the Doobie Brothers’ planned 50th anniversary tour (which would include on-and-off-again member McDonald) was scratched for 2020, this video is actually the first evidence (sort of) of the highly-anticipated reunion.

Dave Mason is in a good mood these days, having just signed a new record and management deals. The first product of which is the release of Alone Together Again in which he’s re-recorded all the songs from his 1970 solo debut (after leaving Traffic—Mason was inducted into the Rock Hall as a member of the group in 2004). 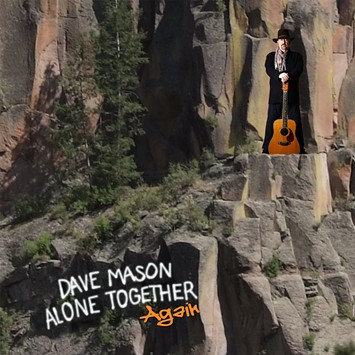 Record cover
It’s part of a growing trend in classic rockers revisiting their back catalogs do to a little tinkering and updating, as Cat Stevens just did with Tea for the Tillerman 2 and Whitesnake’s The Purple Album where leader/vocalist David Coverdale and company delved into the works of his former group, Deep Purple.

“Well…it’s a new old album!” Mason laughs. “I was never really happy with my vocals on the original. And I was really doing this for my own amusement to be honest. I wanted to try and do some of the songs in a different way. I had great musicians, great session guys on that original album. If I had had those same guys and we’d gone out on the road for about a month before we cut Alone Together, it would have had a lot different energy.”

Most of the arrangements are not radically different. There’s some Spanish guitar on “Sad and Deep as You,” banjo on “Just a Song,” and added keyboards on “Look at You Look at Me,” which clocks in far longer than the original version at over nine minutes. The core band includes Mason’s road warriors Johnne Sambataro (guitar), Alvino Bennett (drums), and Tony Patler (keyboards), along with a number of guests.

Vocalist Gretchen Rhodes – who serves as Mason’s opening act on the road – contributes as well for some Delaney and Bonnie-style give and take and rootsy wailing (as rock heads know, Mason toured with Delaney and Bonnie, who also had a hit with their version of his “Only You Know and I Know”).

Understandably, Mason’s voice has lost some of its range and tone over a half a century, but he makes his current grainier-with-more-bite style work for him. Especially on “World in Changes,” the most radically altered song. “The lyrics to that are timeless, it could be brand new today,” Mason says. He also feels that “Sad and Deep As You” and “Can’t Stop Worrying Can’t Stop Loving” have improved over the 1970 takes.

The original Alone Together was also known for its unique original packaging that featured a third flap foldout with a big image of Mason, as well as being pressed on colored marble vinyl, with no two copies exactly alike. He’s tried to stick to that design – albeit with a current image of him photoshopped on similar rocky ledge terrain from the original - and the marble just reproduced on the CD (a vinyl version is also available).


Not that he’s expecting to post big numbers on record sales. The ongoing conundrum for classic rock artists is that terrestrial radio stations – once kingmakers and hitbreakers – will stick to the overplayed classic tunes rather than spin (or, push a button) on something new from an act. SiriusXM stations are a little bit better, but fractured.

“There’s no great FM radio anymore for artists to promote their stuff. You hope that young people pick up on some of it with [streaming], and for them it will be new. We’ll see what happens,” Mason says. “But I’m not expecting any great stuff anymore from record sales. Most of that happens on the road today anyway.”

On the road, of course, is where Dave Mason is itching to be. But like every other band or performer – of the classic or current variety – it’s still a waiting game. “Touring was supposed to start around March or April of next year, but now everyone’s saying it won’t happen until the fall,” he offers.

“The other part about that’s going to be interesting is that everyone is going back to work at the same time! Everybody’s going to be vying for venues to play and [audience] discretionary dollars. I think it would be a perfect opportunity to do a lot of package tours. Put three great acts together.”

For the foreseeable future, Dave Mason and his new wife Winifred are holed up in their Hawaii home. He’s aware of the popular pandemic-related social media tag of #AloneTogether in which people share experiences. But he’s definitely not picked up any new domestic skills.

“I don’t do anything around the house! Thank God for her or the kitchen would be full of dishes in the sink!” he says, laughing. “We moved from Reno to here in Hawaii, and I think I’ve worn shoes once in the last three weeks. I need to get back to work!”

For more on Dave Mason, visit DaveMasonMusic.com
KEEP THE HOUSTON PRESS FREE... Since we started the Houston Press, it has been defined as the free, independent voice of Houston, and we'd like to keep it that way. With local media under siege, it's more important than ever for us to rally support behind funding our local journalism. You can help by participating in our "I Support" program, allowing us to keep offering readers access to our incisive coverage of local news, food and culture with no paywalls.
Make a one-time donation today for as little as $1.