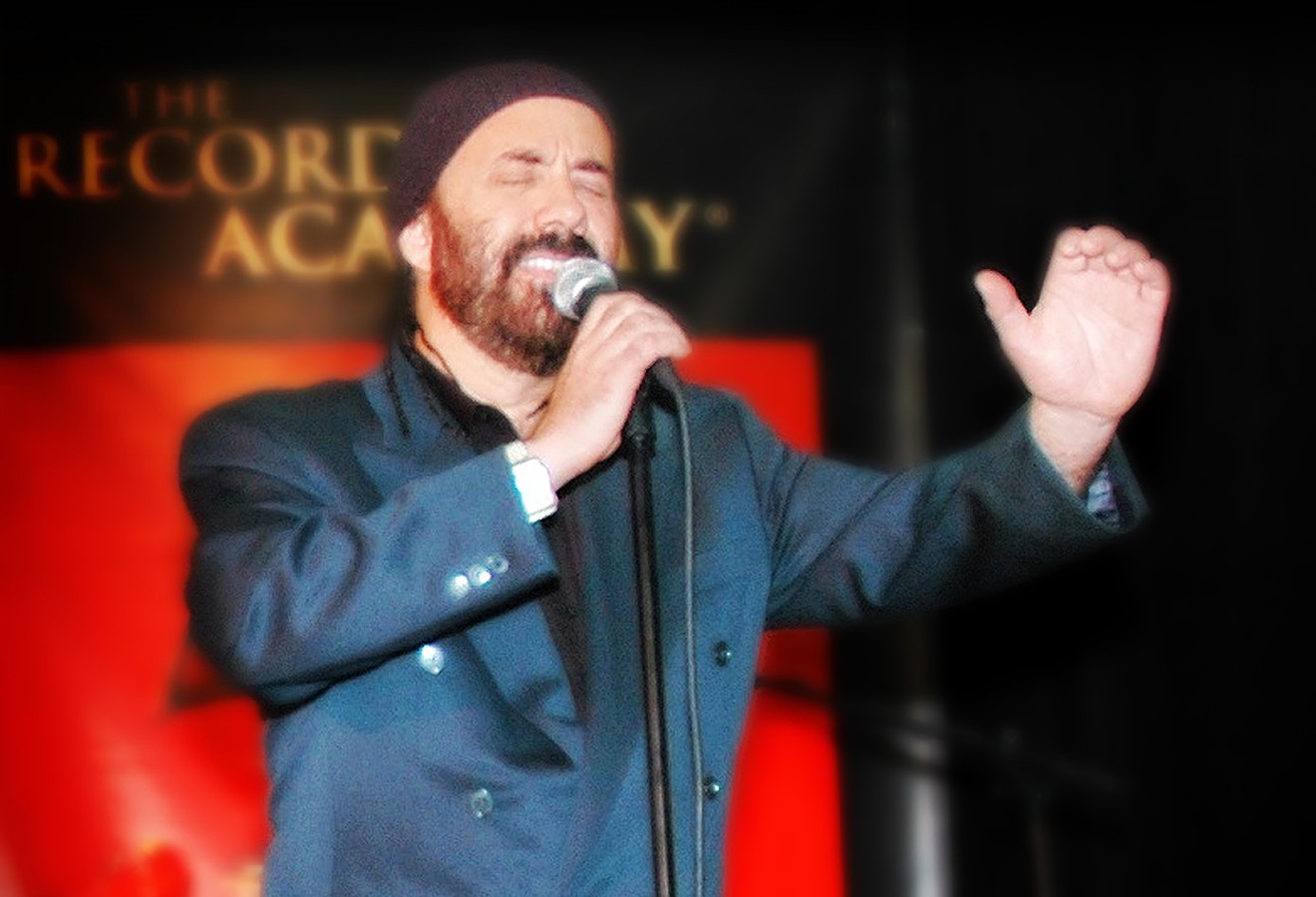 Will Porter onstage. Photo by Michael S. Ray/Courtesy of Mark Pucci Media
Many performers are happy to get a single record release, and far fewer get a second shot at bringing their music to a wider audience. R&B/blues singer Will Porter, with a new reissue of his well-reviewed 2016 record Tick Tock Tick (Gramophono Sound) will get just that opportunity.

“It’s got this whole other thing happening now, and it’s really nice,” Porter—whose deep baritone voice has been compared to Lou Rawls, Jimmy Rushing and Bobby “Blue” Bland, says. “I hope it leads to more connections. I know I’m in better voice now than ever.”

Bettye Lavette and Porter. "Bettye suggested that we record together. I was so surprised that I called a witness and made her say it again!"
Photo by Jose Vega/Courtesy of Will Porter
The record also marks the final producing/arranging job for Wardell Quezergue, who passed away in 2011 at the age of 81 when Tick Tock Tick was mostly completed. Quezergue had a hand in the creation of such classic R&B and soul singles as “Mr. Big Stuff,” “Groove Me,” “Chapel of Love,” “Iko Iko,” “Misty Blue,” and “Barefootin’.” Porter says that Quezergue told him that Tick Tock Tick was the “most complete” project of his entire career.

“Everybody wanted to work with him in New Orleans and outside. But he really wanted to do this, and I think he appreciated that I worked with him from the ground up on a song. I didn’t just give him a track and say ‘Put horns on this’ or ‘Put strings on this,’” Porter says. “I think he loved me for that.”

The one thing that Quezergue insisted upon Porter doing was to not give away the master recordings to a label, but to keep control and ownership of them. And Porter obliged even when he wasn’t contractually bound. But he had given his word.

“[Wardell] told me ‘Pops, I gave away everything during my life. Credits, songs I wrote that you don’t know that I wrote, and money.’ And he died in poverty,” Porter says. “I could have gotten a [record deal] much earlier, but the company wanted the masters, and I couldn’t do it. So they just distributed the physical copies. Then I had problems with a streaming service and took it off. So I’m really glad this record is getting a second chance now.”

It was through Quezergue that Porter snagged the album’s biggest guest star, 2011 Rock and Roll Hall of Fame inductee and New Orleans music legend Dr. John (real name: Mac Rebennack). The Night Tripper himself sings and plays on the two songs he wrote, the title track (which is subtitled "I Thought the Change Would Do You Good") and “When the Battle is Over.” Dr. John and Quezergue had worked together many times over the years, and as a teenager, John/Rebennack had been a member of Quezergue’s band.

Porter’s recounting of conversations the two had (complete with a gravelly voiced Dr. John impression sprinkled generously with “motherfuckers”) is hugely entertaining on its own. And Porter said that Dr. John had his own vocabulary, slightly twisted words to describe things: “Engliterra” for England, and “textile massages” for text messages. And “Micky” was Mick Jagger.

"Some people look at my recover cover and think I'm blind!" Porter says of the front of "Tick Tock Tick."
Album cover
When Porter and Dr. John first met backstage at a club in the San Francisco Bay area, the former expressed his admiration for “When the Battle is Over.” Dr. John promptly gave a whole history lesson of the tune, expressing his dismay that the versions that had been cut to date by other artists strayed from his original lyrics.

“He told me ‘I wrote the fucking words. Why don’t they sing the right fucking words?’” Porter says. “And then he said ‘Let’s you and I cut it right!’ and he called Wardell immediately."

The other material on Tick Tock Tick runs the gamut from hard R&B (the title track, “I Can Do By Bad Myself,” “Treadin’ Water”), string-laden ballads (“Why Do We Get Blue?” “Don’t Go to Strangers”), gospel (“When the Battle is Over,” “Everything’s Gonna Be Alright”), and dance floor funk (“Tear It Up”). There are also covers of Bob Dylan’s “Make You Feel My Love” and Ike Turner’s “I’m Blue (Shoo Be Do).” Porter himself wrote five of the 11 tracks.

Will Porter was born in West Virginia, and grew up with a mother who raised him on classic R&B, blues, gospel, and especially jazz. He later discovered folk music on his own, the diversity of music reflecting his own racial and ethnic makeup.

“I have peculiar DNA with some slave blood and Iberian Peninsula [origins], so I looked different from the rest of my family,” Porter recalls. “For 40 years, I thought I was mixed race, but it doesn’t turn out to be that simple. My father has some American Indian and [ancestors] from Togo, Africa as well. It’s a real West Virginia story!”

At the age of 17, Porter left for New York’s Greenwich Village to pursue a singing career with his then 19-year-old wife performing folk, gospel, and blues. After a personal and professional break-up, he landed in San Francisco and gigged steadily. Porter then did stints as both opening act and musical director/bandleader for classic soul performers like Mary Wells, Percy Sledge, the Shirelles, and Billy Preston. It was while with the latter that he met Quezergue, who then produced Porter’s debut record, 2003’s Happy.

Looking ahead, Porter hopes that 2021 will bring some live festival dates in Europe, and perhaps some new recording opportunities. As for what he’s been doing over the Pandemic Year, Porter says he’s been writing a bit, but also brings up a very, very common theme.

“We all thought this would last a couple of months, so it was like ‘Why yes, let’s have potato salad five times a day!’ And ‘Yes, let’s have this loaf of bread after this cake!’ So I ate, man – I gained 19 pounds!” Porter laughs. “I’m just now starting to reverse the trend!”

For more information on Will Porter, visit WillPorter.com
KEEP THE HOUSTON PRESS FREE... Since we started the Houston Press, it has been defined as the free, independent voice of Houston, and we'd like to keep it that way. With local media under siege, it's more important than ever for us to rally support behind funding our local journalism. You can help by participating in our "I Support" program, allowing us to keep offering readers access to our incisive coverage of local news, food and culture with no paywalls.
Make a one-time donation today for as little as $1.