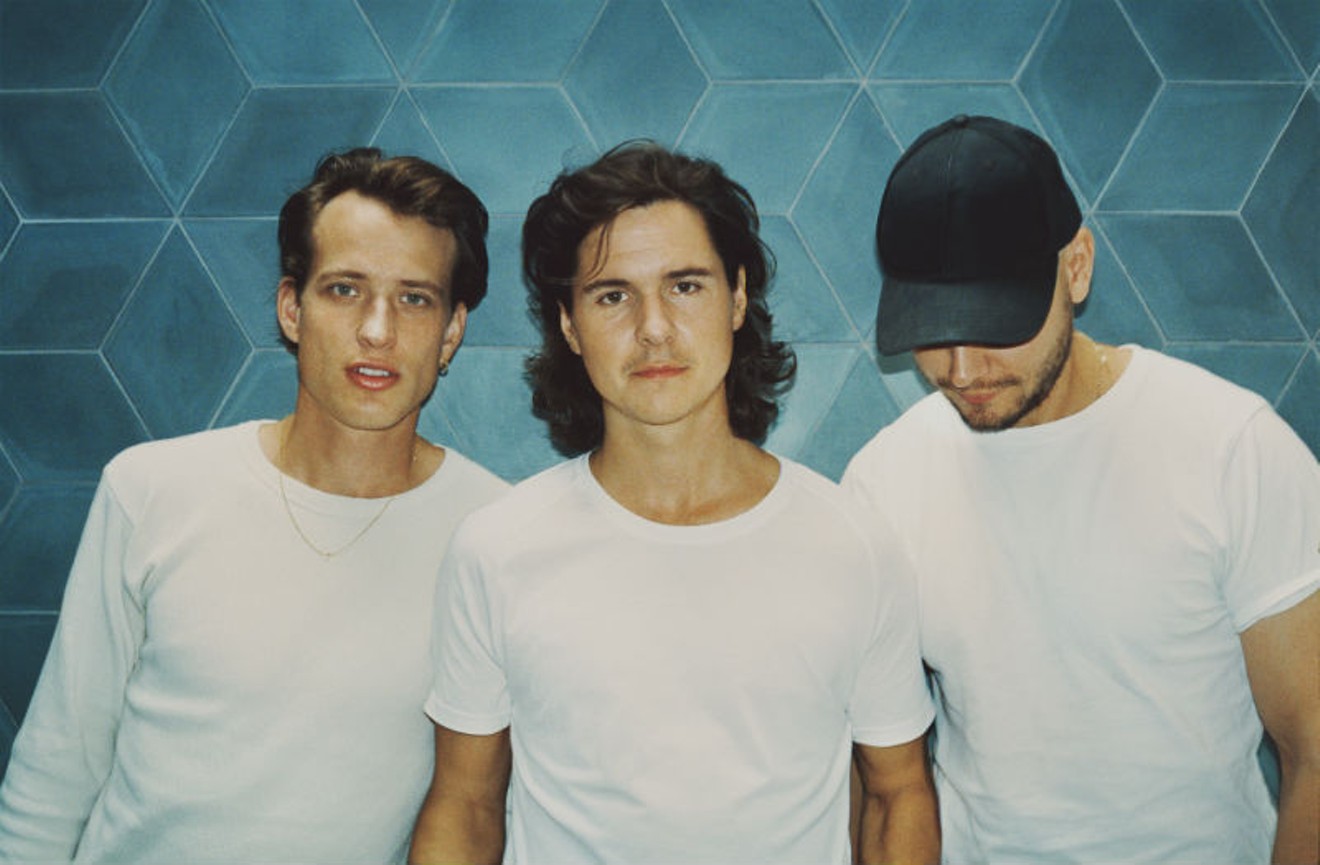 The world we live in can be tough and unforgiving, as Lukas Forchhammer, the force at the center of the Danish pop act Lukas Graham, knows all too well. Forchhammer comes from a place that could be tough and unforgiving in its own right, an anarchist enclave in Copenhagen which frequently drew the scrutiny of law enforcement and mistrust from those in neighboring communities when he was a kid.

But that hardscrabble upbringing and the ideals of the community also taught Forchhammer to find the poetry in life. Gifted with a brilliant voice, Forchhammer turned those poetic notions into songs which have sent him and his band mates to venues across the globe since they rose to prominence in 2016 on the strength of their smash hit, “7 Years.” Lukas Graham brings that favorite and a set of more recent songs to House of Blues Houston on November 2.

Forchhammer’s songs speak directly to the human condition. “7 Years,” is a pensive contemplation on the passing of time in a life. It resonated strongly enough to hit No. 1 on music charts in 13 different countries and rack up three Grammy nominations, including both Record and Song of the Year nods. The massive hit came from the band’s eponymous global debut album, also known as The Blue Album, and its songs were greatly influenced by Forchhammer’s grief at the passing of his father. Songs on the band’s latest record, 3 (The Purple Album), come from Forchhammer’s perspective as a new dad.

“A mix of all the different music I was listening to has, of course, shaped my way of writing songs. My dad had a very eclectic music collection when I was a kid growing up, on vinyl and tape, CDs, so everything from Bob Marley and the Beatles and the Rolling Stones through The Kinks and The Who, Crosby, Stills and Nash, obscure folk artists that you wouldn’t even know if I started mentioning them and on top of that I’m classically trained as a soprano soloist from a boys’ choir. So, I sang Handel, Bach, Mozart, all that,” he said.

But those lyrics, which are often profound and border on the philosophical, where did they come from, we ask? Has he studied Heidegger or Sartre? He began writing poetry at 12, so maybe writers like Dylan Thomas or Robert Frost influenced his output? He says the deep thinkers who shaped his lyrics are much more contemporary. 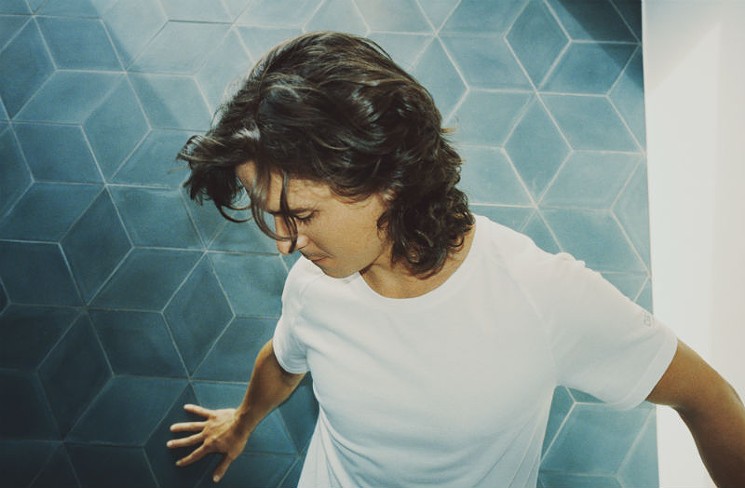 “In terms of the lyrical content, though, rap music, especially the rap music of the late ‘90s, gave me a lot of ammunition in terms of writing about my own life and struggles and feelings,” he noted. “You could say being a little more truthful and honest rather than writing about things I didn’t experience, I wrote specifically about the things I did experience. And, I’ve found that to be a huge forte.

“Tupac and Biggie were very big, again just because of the sheer lyrical content,” he continued. “At the moment I’m reading Dostoevsky but growing up The Hobbit and The Lord of the Rings and later on Harry Potter and stuff like that, fantasy and fiction and novels, gave me a lot of stuff to write about. But yeah, Tupac and Biggie.”

Forchhammer was born on a couch in Christiania, an ultra-liberal commune in Denmark’s capital city which grew from a 1970s-era squat. Coming up in such an environment, it seems he may have been more suited for a punk rock music career rather than one built on thoughtful and sometimes wistful ballads.

“You can also say a lot of the people who end up punk rock-ish, they grew up in very nice families and needed to go looking for trouble; like, we didn’t have to go looking for trouble,” Forchhammer suggests. “I was searched by the police the first time when I was 10. I could mix a Molotov cocktail before I could mix a Long Island Iced Tea. I’ve never been in a fight with a person, I’ve fought the police plenty of times.

“So, I didn’t need to put the dirtiness into my music in that sense. I already came from a place of wearing second-hand clothes and eating leftover food,” he continued. “We had all the stuff to make you happy, we had all the love and a good family, but I mean, economically speaking we were pretty poor. We came from a very marginalized neighborhood, so it was all there with us.”

Knowing his background, and because he’s excelled at crafting pop songs that have depth and make listeners think, we ask whether he believes pop artists have a moral obligation to get listeners to consider the big picture issues.

“It’s one of the reasons why I’m not listening to as much rap as I used to, because I don’t feel (the new rap) is educating anybody. Say Tupac, as an example, he was telling a story and trying to allow people to do better through his stories, Jay-Z has done a lot of that, too,” Forchhammer said. “I won’t mention any names, but let’s stop talking about popping bottles in the club, that’s not what’s gonna get our people out of the ghettos and into educational systems and into higher learning.

“So yeah, I definitely think there’s a huge responsibility. I mean, one out of four of the guys I grew up with have been to prison or are in prison. I have friends who have died in gang violence. I really do feel that you have a responsibility with this humongous platform of mine and maybe because I’m taking this responsibility literally that’s why we’re not bigger and any more popular.”

The band certainly is not unpopular. Its most recent video, for the track “Lie” from 3 (The Purple Album), has 2 million views since it released a few weeks ago. The album’s lead single, “Love Someone,” was a Top 40 hit on Billboard’s U.S. charts and has 340 million streams on Spotify alone. But Forchhammer said his unflinching look at life might not be for everyone.

Writing from such a personal place means he writes often about friends and family, two subjects with universal appeal for listeners.

“Since The Blue Album came out I became a dad. My daughter’s three years old now. I don’t know if you have kids but it brought me back to my childhood in a lot of ways. What would I do better? What could my parents do better? What would I wish they had taught me, stuff like that,” he said.

He’s trying to answer those questions in real life and not just in song, he said. He’s brought the family on tour, including a 35-city trek through the United States when his daughter was just five weeks old. He’s built a compound-styled home in Denmark where his mother, sisters and in-laws live so the family can spend time together when he’s home. He’s enrolled his daughter in a Los Angeles day care so she can learn to speak English.

He said that’s what she’ll be doing while he’s on this current tour and “yeah, it hurts like hell. It sucks not being with your kid. You can just say the upside of it is when I’m with them I have more free time. Like, when we’re in Denmark or here in L.A. on a day off I can cook breakfast, I can drop her off, I can pick her up, we can go to the park, we can cook dinner together. And, I know a lot of parents who, like the whole nine-to-five grind, it hurts, man. Imagine being in the same house as your kids but you’re only there while they’re asleep? I don’t believe we were meant to work like this, I mean, I don’t believe that the nine-to-five is the way to go. I think we need to change it up.”

It’s just another of the big picture thoughts that fill Forchhammer’s head and inform his music, music he’s still sometimes surprised people seem to love so much.

“To be honest I’m still a little dumbstruck that a kid born on a couch in Scandinavia can travel the world with music. I’m very grateful.”

Lukas Graham performs Saturday November 2 at the House of Blues Houston, 1204 Caroline. With Ocean Park Standoff and Lauren Duski. Doors at 7 p.m., all ages, $30-$45.
KEEP THE HOUSTON PRESS FREE... Since we started the Houston Press, it has been defined as the free, independent voice of Houston, and we'd like to keep it that way. With local media under siege, it's more important than ever for us to rally support behind funding our local journalism. You can help by participating in our "I Support" program, allowing us to keep offering readers access to our incisive coverage of local news, food and culture with no paywalls.
Make a one-time donation today for as little as $1.