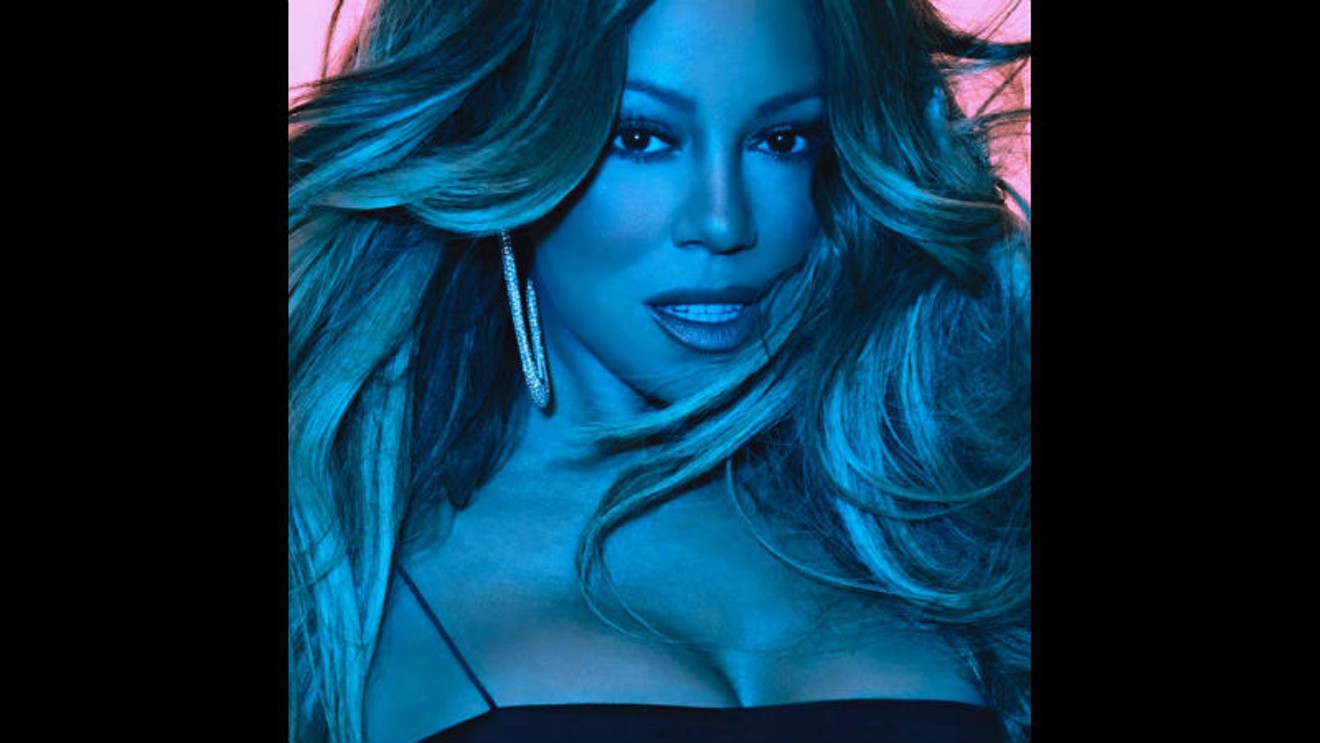 The first time I heard Mariah Carey’s vocal run at the end of “Vision of Love” —  the one where she stretches notes in the word “all” into something only an especially skilled and graceful contortionist could shape — I was sitting in the driver’s seat of my Jeep Cherokee. It was 1990, the year the song was released. I braked the vehicle so I could feel a trillion tiny ants break into a swift and gleeful march across my scalp. Listening to Carey sing evoked this thrilling sensation, one I’d encountered on occasion since I started listening to music as a kid.

Back then, I didn’t know then there was a name for this feeling. Mariah Carey’s eponymous debut album appeared around the same time as the World Wide Web. In the 30 years since, both have become global sensations. Carey’s forged a legendary career. She’s one of the best-selling musicians of all time, with more than 200 million albums sold. She’s outranked only by The Beatles in terms of Billboard No. 1 singles. Carey will be performing several of those beloved songs when she plays Smart Financial Centre this Friday night.

The Internet has also had a good run since “Vision of Love” introduced listeners to Carey. Apparently, many people had also experienced the weird feeling that had me rooted to the spot while listening to the song that first time. As the Web connected us all, people began to share stories and trade notes on this phenomenon. It was ultimately dubbed “autonomous sensory meridian response,” or ASMR for short. And, it turns out, Mariah Carey is something of a superstar in the ASMR community, just as she is in the music world.

For anyone who’s never experienced the rush of an ASMR moment, one of its biggest names is Gibi ASMR. Nearly two million viewers subscribe to her YouTube channel, where she presents original content designed to spark the sensation. She takes a very different approach than Carey, who belts out notes in a five-octave vocal range. Gibi ASMR speaks in hushed tones. An intro video on her page tries to explain ASMR.

"Essentially, it's a pleasant reaction to certain stimuli," she says, "an ability to feel a pleasant tingling sensation that can be triggered by acoustic or visual stimuli."

"Some people describe it as a brain massage but you can feel ASMR in different parts of your body," she notes and says, "almost always it feels good."

If you’re headed to this Friday’s show, you probably know Carey’s biggest hits and songs from her latest album, Caution. You might have encountered the tingling sensation while hearing her hit high notes in some of your favorite tunes. You may not know much about her standing in the ASMR community. Here are five instances of how Carey has gone platinum there, too:

YouTuber Asmr99 recently created a post built around Carey's full discography. The self-proclaimed fan says he owns all of Carey's albums and offers critiques ("Someday" is his favorite from the debut album) and factual tidbits on Carey's catalog, all whispered to help bring on the tingles. As he goes from album to album, he taps the CD cases since many who report ASMR occurrences are also triggered by tapping, scratching and deep concentration on a task.


Another ASMR trigger is page flipping. ASMR-tist My ASMR Addiction offered this Mariah-centered post last year. She flips through an entire issue of People magazine while chewing gum, yet another trigger. Anyone eager to get to Carey's story will have to skip ahead to minute 14 of the post, where she reads quotes from the story, which focuses on Carey's battle with bipolar disorder. But why cheat yourself of the gum-snapping, page-crinkling that leads up to the story?


YouTube content creator Qual a Boa? recognized Carey "doesn't have just the best voice singing, she also have the best voice talking too." Does it create the tingles for listeners? Only one way to find out, which is to listen to the audio here, almost 15 minutes' worth of Carey's responses to interviews from different periods of her career. Even if the audio doesn't spur ASMR, it's informative. Did you know Carey began writing songs as a teen?  Or that she never expected her wildly successful MTV Unplugged session to become an album? Worth a look, especially if you'll soon catch her on the Caution tour.


Korey ASMR unboxes the vinyl version of Caution for his YouTube audience and says "I absolutely love this album so much." If you haven't picked up a copy, you get to see it in a pretty glorious fashion in the video, from  stunning photos of Carey in the album inserts, to the lyric sheet and a special blue vinyl edition of the album. Even if you don't experience a rush while listening to the segment, you can scroll down to the comments section for reviews of the album. "Every track is so good," one commenter notes and another dubs it the best album of 2018.

Mariah Carey brings her Caution World Tour to Smart Financial Centre, 18111 Lexington, Sugar Land, on Friday, March 1 at 8 p.m. Visit Ticketmaster for ticket information.
KEEP THE HOUSTON PRESS FREE... Since we started the Houston Press, it has been defined as the free, independent voice of Houston, and we'd like to keep it that way. With local media under siege, it's more important than ever for us to rally support behind funding our local journalism. You can help by participating in our "I Support" program, allowing us to keep offering readers access to our incisive coverage of local news, food and culture with no paywalls.
Make a one-time donation today for as little as $1.