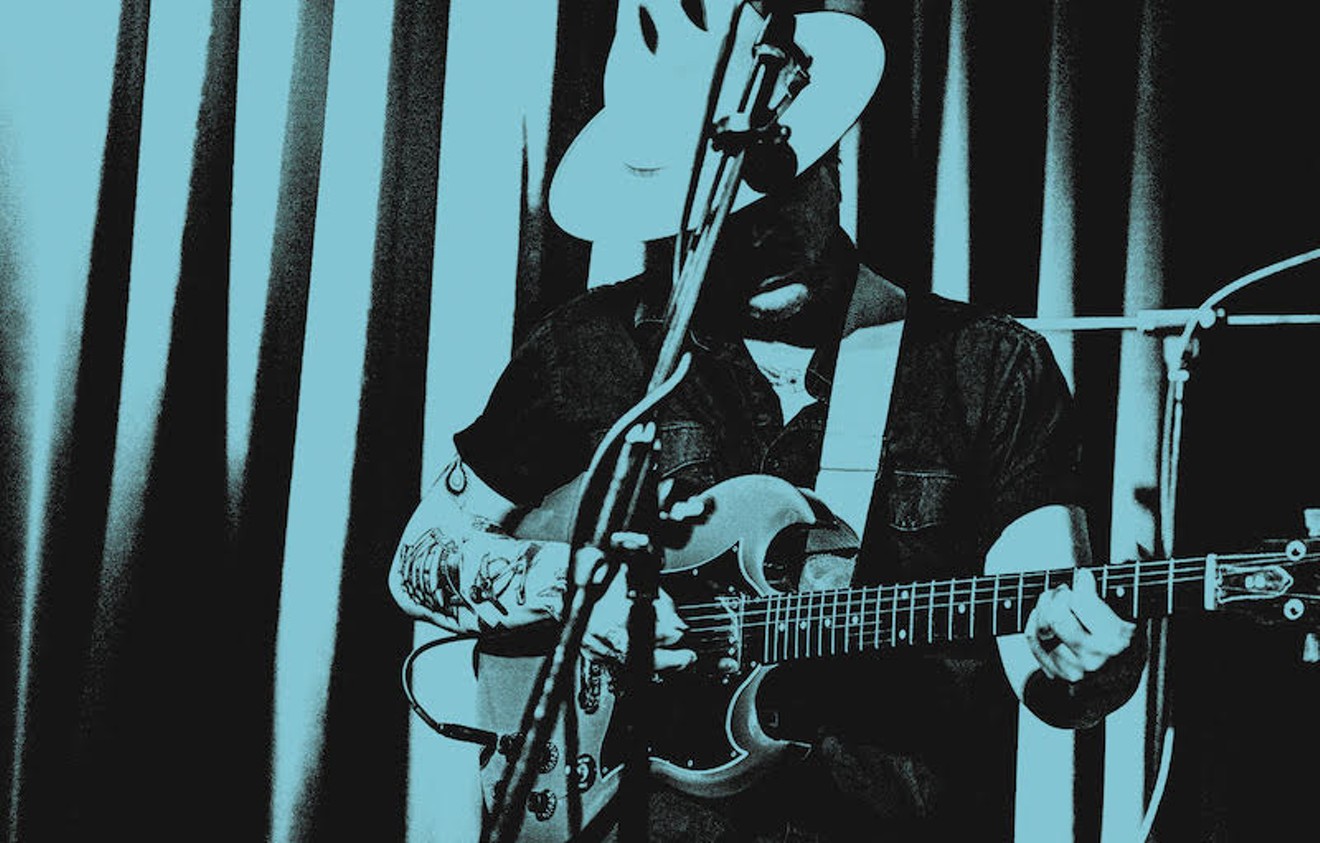 Photo by Doug Nahory
During the pandemic, Houston artist Nathan Quick got the blues. Quick decided to start a new project with his band delving deeper down the rabbit hole of the blues into a more old school sound launching the Nathan Quick Blues Band.

On Friday, May 6 Nathan Quick Blues Band will celebrate the release of their first album with this new project Black Cat Bones with an album release show at The Continental Club. Houston’s own howling bluesman John Egan will be on hand to open the show.

Currently the Nathan Quick Blues Band has only two shows on the books, their album release where CDs will be available and on June 18 at White Oak Music Hall for a benefit concert where each band plays a cover set with Quick’s band becoming Creedence Clearwater Revival for the evening.

“Growing up playing guitar as a young fella I was always inspired by blues and blues rock music. That’s always been the backbone of my presence. The blues was always in the heart of it all,” says Quick whose regular band can range from Americana to blues-infused rock or jazz.

“I felt inspired with those old roots and what was going on with all the communities all over the world feeling different things with COVID; people losing their lives and jobs, people going stir crazy. It inspired me to go ahead and make a full on blues album and really put my roots back into that focus in my writing and what I wanted to cover.”

“I felt inspired with those old roots and what was going on with all the communities all over the world."

Quick took the shut down as an opportunity to write and developed a handful of rich and gritty blues songs featuring a foot stomping, lo-fi throwback energy that he then took back to his band for each member to put their own flavor to the tracks.

The title track “Black Cat Bones” is a heavy blues rock song which shows off Quick’s gravely and textured voice where he sounds wise beyond his years. “That song to me is like a F-you to the man and I feel like a lot of people can connect to that,” says Quick who in the past has held day jobs to make do.

Currently, Quick is self employed and works full time as a musician and music teacher, a career path which obviously comes with a whole different set of challenges.

“There are so many pressures in just trying to survive in a world where inflation is way more than I can keep up with,” says Quick about his inspiration which most people can relate to as prices soar and salaries stay the same generally speaking.

“I just try to express the feelings of overcoming those hardships and feeling a sense of comradery between myself and like minded people or people that are feeling the same struggle, which I feel like is a lot especially now,” says Quick.

Quick and his band also selected a handful of fantastic covers from blues greats and put their special flavor on each one. No matter how many times someone has heard classic tracks like Leadbelly’s “Take This Hammer” Quick and his band dominate the old song and crank it up to eleven.

“I was trying to think of what songs inspired me when I was growing up learning guitar, going out and playing gigs for the first time,” says Quick of his finely curated selection of covers.

“I tried to pick songs that I felt were appropriate for me to be able to perform and do a nod to those artists properly. There's just some things you don't cover in my opinion. Even if you love the song dearly, there's some songs that I wouldn't want to misrepresent or pay the right homage to but I felt super comfortable with the songs that I did pick.”

The blues world has a long tradition of passing down songs by doing covers as the genre began basically by word of mouth with field workers chanting the lyrics as they slaved away in the southern heat so choosing to include classic tracks is a great way for Quick to keep the blues alive and expose these songs to new audiences.

For Quick and his band, the Blues Band provides them not only a new outlet but a new approach to playing together as Quick describes that they usually don’t rehearse but use their regular gigs as a way to get together, play and sometimes improvise leading them to learn on the fly from one another.

“It’s nice getting to rehearse and bond over these songs that we recorded and the thrill of performing them for each other for the first and second time. It’s fun to rehearse this material and we hope to be playing more shows to come.”

Nathan Quick Blues Band will perform on Friday, May 6 at The Continental Club, 3700 Main, 8 p.m. $10-20 and on Saturday, June 18 at White Oak Music Hall, 2915 N. Main, 7 p.m. $10
KEEP THE HOUSTON PRESS FREE... Since we started the Houston Press, it has been defined as the free, independent voice of Houston, and we'd like to keep it that way. With local media under siege, it's more important than ever for us to rally support behind funding our local journalism. You can help by participating in our "I Support" program, allowing us to keep offering readers access to our incisive coverage of local news, food and culture with no paywalls.
Make a one-time donation today for as little as $1.