Pete Yorn: One Man, One Mike, Two Guitars, and a Lot of Stories 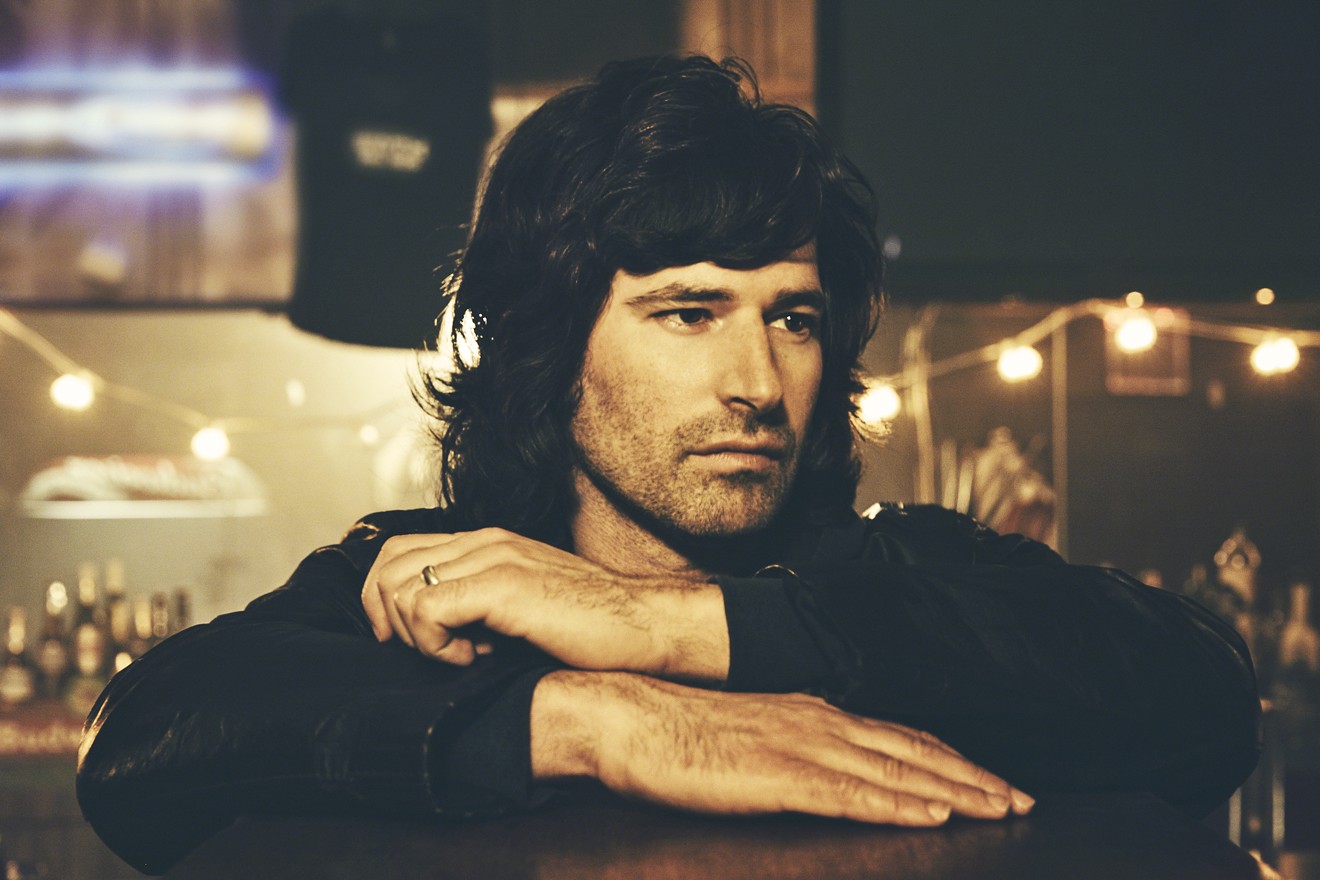 Singer/guitarist Pere Yorn is on an acoustic tour. Photo by Jim Wright/Courtesy of TCB Public Relations
Contemporary musicians can certainly have an interesting relationship with social media – or at least those who actually handle their own Facebook, Twitter, or Instagram accounts and don’t leave it up to a publicist.

Some find it a great way to keep in touch with their fans personally and get messages directly to them. Others end up getting into internet fights with disgruntled listeners for any variety of reasons and sins, even if they’re decades old.

For singer/guitarist Pete Yorn, though, it’s a way to sort of blend himself as The Man and The Musician. One super fan pointed out me that on a recent Instagram message, Yorn posted a dress that he had just bought for his young daughter, which super fan also jokingly said was “the least rock star thing to do.”

“I know that picture you’re talking about!” Yorn laughs when that story is relayed to him. “I bought that dress in Jacksonville, Florida. Me and my tour manager were just walking around this little area and this store and I popped in because she likes that brand of dresses. And I got a super good deal. She actually wore it yesterday!”

There is no set list, ever.
Photo by Jim Wright/Courtesy of TCB Public Relations
It’s a long way from the days when Yorn himself was growing up, and artists had a bit more mystery to them. Unless, as he says, you “dug deep or bought a book.” But in this case, there is no mystery: Pete Yorn is a Proud Papa. “I have tendencies to play things close to my vest, but when it comes to my daughter, she’s 3 ½ and I’m so proud of her and giddy about it and she’s so sweet and cool!”

For fans who want to feel closer to Yorn and his music, his latest solo acoustic tour (which hits Houston May 21 at The Heights Theater) is tailor-made. Just Yorn, two guitars, and a microphone. There’s also a “Storytellers” vibe where Yorn will talk about what led him to write a particular tune and what was going on in his life at that point.

And if you yell out a request – which Yorn just might take – you may also find yourself answering Yorn’s own questions about your relationship to the material to a room full of concertgoers.

“I’m like a Chatty Cathy out there, and people seem interested to hear where this stuff comes from,” he says. “I just wanted to pull it back and make a connection with the audience, and I walk off stage feeling good. It makes me scrappier and really hones my show when it’s just me and two guitars on stage.”

The impetus for his first solo acoustic tour, Yorn says, came a few years ago. He was asking himself the bigger questions of why he was still doing this and why music was important to him. What inspired his 10-year-old self to first pick up a guitar and play it in his room?

“As cliché as it sounds, it all went back to what music represents to me: escape and freedom. I had done so many records and tours with the band, but this has a lot more simplicity to it. An acoustic tour strips it back to the barest, this husk of emotion that the audience has to fill in. Years ago, it was me and my band against the world, and we were rocking out to all these angsty songs. I didn’t like performing then, but that’s changed. I’m not interested in feeling shitty all the time—and life’s too short.”

His only rule on the tour is no set list. Ever. “I’m very into the present moment and awareness. We can go anywhere we want, whatever will resonate with that [particular] audience,” he offers. “I actually feel that I’m better without a set list.”

He’s also busted out a large number of covers in concert and on record, whether it be fellow New Jerseyan Bruce Springsteen, Neil Young, or Elvis Presley to the Temptations, the Ramones, the Buzzcocks, and Warren Zevon.

His cover of Zevon’s “Splendid Isolation” appeared on the Zevon tribute album released after the Excitable Boy’s death, Enjoy Every Sandwich, as well as Yorn’s own Nightcrawler. A producer and friend of Yorn’s was buddies with Zevon’s son Jordan, who was putting the project together and assigned the song. The problem was, as it appeared on a post-heyday, lesser-known record, Yorn had never actually heard it.

“So I went to the old Tower Records on Sunset Boulevard and found a CD with a live version. The lyrics were hysterical and poignant. It’s one of my favorite recordings,” he says. He was doing it in concert until a couple of months ago, but stopped cold in the middle of one part where the lyrics mention Michael Jackson in Disneyland, holding Goofy’s hand.

Yorn might take your request if you yell it out at his concert.
Photo by Jim Wright/Courtesy of TCB Public Relations
“It was right after that documentary about him, Leaving Neverland, came out. So it felt weird to do it!” Yorn says. “I didn’t sing it again for the rest of the tour!” Audiences on this stretch of dates may even get a preview of material from his upcoming album.

“I’m very excited about it. It came out of a period where I wasn’t writing at all and [one of my brothers] said ‘when are we getting some new music?’ I was concentrating on my daughter at the time, she was about one-and-a-half,” he says.

Two days after that conversation, Yorn met producer Jackson Phillips of the indie rock band Day Wave. The pair hit if off so well, they began recording non-stop, with material often written in the studio. “We got inspired and we laid shit down and we lived with it,” Yorn says. “We didn't cook it to death.”

As for Houston, Pete Yorn is quick to offer that it’s the home to both one of his most diehard fans, and of a very fond memory.

“One of my favorite people I get to see whenever I come to Houston is a really nice woman named Helen, which was the same name as my grandma. I remember meeting her on the street and she introduced herself. I’ve seen her at so many shows and so many cities and even met her daughter!” he says.

But it was while in the city for a 2015 show at Fitzgerald’s – also a solo acoustic gig – where Yorn and his wife, model Beth Kaltman, got some especially good news.

“She was traveling with me at that point. We got to the hotel and had a few hours before soundcheck, and that’s where we found out the gender of child.” he recalls. “The doctor called and said it was a girl, and I said ‘Sweeeet!’”

For more on Pete Yorn, visit PeteYorn.com
KEEP THE HOUSTON PRESS FREE... Since we started the Houston Press, it has been defined as the free, independent voice of Houston, and we'd like to keep it that way. With local media under siege, it's more important than ever for us to rally support behind funding our local journalism. You can help by participating in our "I Support" program, allowing us to keep offering readers access to our incisive coverage of local news, food and culture with no paywalls.
Make a one-time donation today for as little as $1.