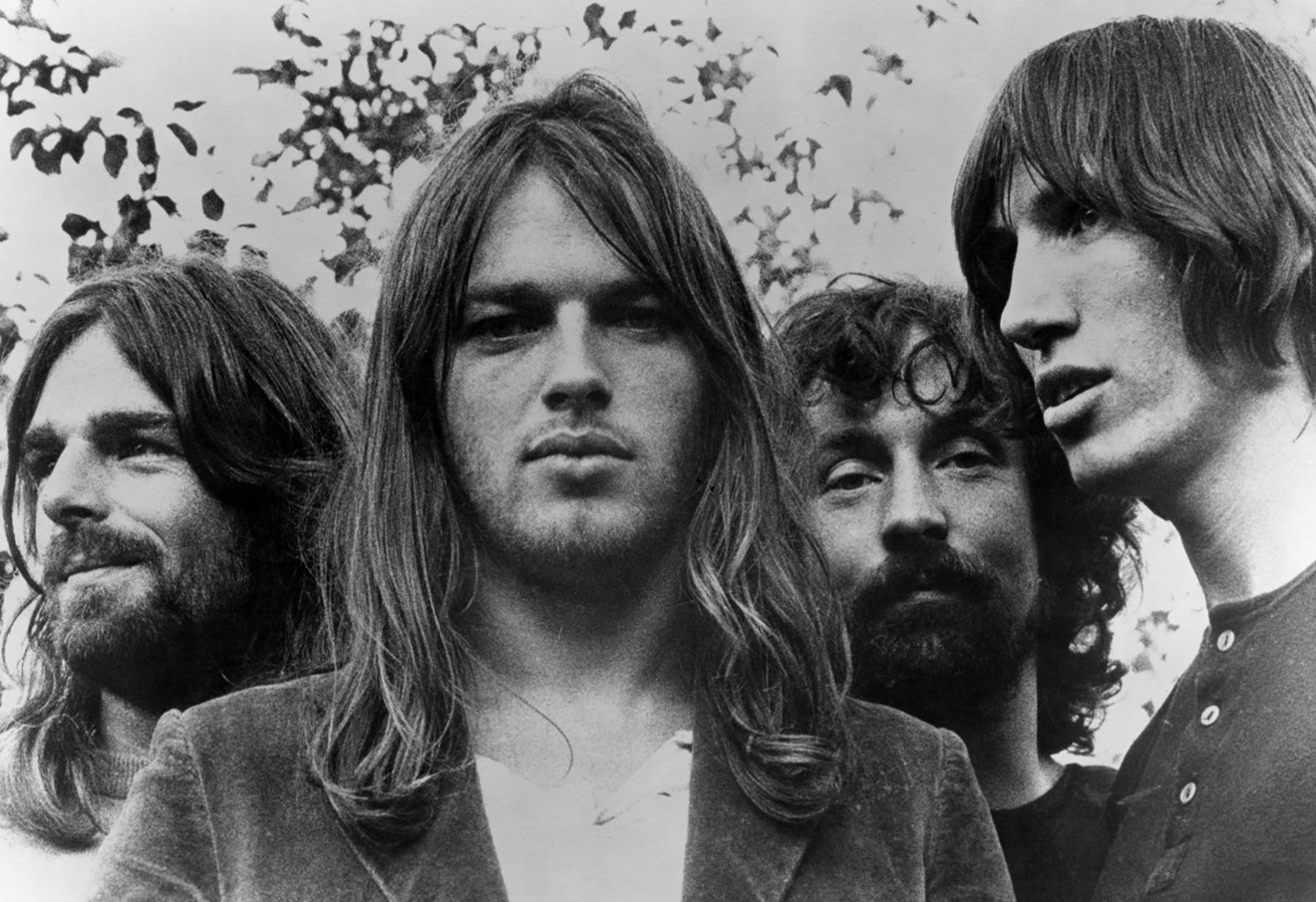 Andrew Grant Jackson has a thing for dates. His previous rock book, 1965, argued how that trip around the sun was just as important in music as its closer and more celebrated cousins 1966 and 1967. For this tome, he focuses in the year he called “the zenith of classic rock,” but also the year that music seemed to split into a gazillion different subgenres which have held to this day.

The year 1973 saw the release of epochal albums like Pink Floyd’s Dark Side of the Moon, Led Zeppelin’s Houses of the Holy, David Bowie’s Aladdin Sane, Alice Cooper’s Billion Dollar Babies, and Iggy and the Stooges’ Raw Power. And Aerosmith, Bruce Springsteen, and Queen release their debut albums while the Rolling Stones, Elton John, Stevie Wonder, and all four former Beatles also make the charts. 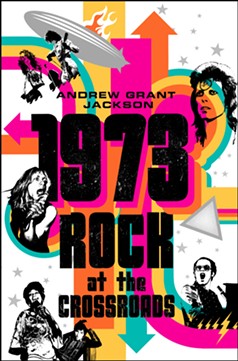 Book cover
Plus there were battles of AM vs. FM radio and Motown vs. Philly and their roster of artists for soul supremacy. Jackson also details the early stirrings of rap, reggae (at least to American ears), and country/Southern rock, tent poled by the Eagles and Lynyrd Skynyrd (with the Allman Brothers’ more jazz/R&B-tinged music also around).

Jackson’s book is a clip job – meaning the raw information and anecdotes are mostly mined from other sources. But it’s a solid one fit together like one big puzzle, with a lengthy bibliography.

His detours into news and cultural headline and items of the day gives some context to the music, it sometime distracts as well. And while he writes that according to Billboard, War’s The World is a Ghetto was the year’s bestselling album there’s no pages about either that band or the record’s importance.

Throughout there are plenty of cool little nuggets of info – often delivered tongue-in-cheek. Like how famous groupie Connie Hamzy (the “sweet, sweet Connie” immortalized Grand Funk Railroad’s “We’re An American Band”) once boasted about taking care of “24 guys” as part of an Allman Brothers Band show. Or the real Rikki in Steely Dan’s “Rikki Don’t Lose That Number” was Donald’s Fagen’s crush (and his college professor’s wife) Rikki DuCornet. Or how a young Bob Seger could drive six hours to a gig and then six right back because he couldn’t afford a hotel room.

Then there’s 19-year-old Scott Halpin who for one glorious night in San Francisco at the opening date for the Who’s Quadrophenia tour, was plucked out of the crowd to serve as the band’s drummer. He became an instant band trivia question when regular stick man Keith Moon took too much angel dust and passed out.

Often, the bold-faced rock stars in the book interact. As when Alice Cooper is the voice of reason at a table at Max’s Kansas City where a crying David Bowie in feathers and glitter competes with a similarly-dressed Todd Rundgren over Todd’s girlfriend Bebe Buell. Rod Serling couldn’t write this!

Jackson is thorough in his sonic dissemination of the year, even though it rides along at a speed that offers most facts than reflection or analysis. But he does show how rock and its related branches became to really diversify in the year 1973.
KEEP THE HOUSTON PRESS FREE... Since we started the Houston Press, it has been defined as the free, independent voice of Houston, and we'd like to keep it that way. With local media under siege, it's more important than ever for us to rally support behind funding our local journalism. You can help by participating in our "I Support" program, allowing us to keep offering readers access to our incisive coverage of local news, food and culture with no paywalls.
Make a one-time donation today for as little as $1.