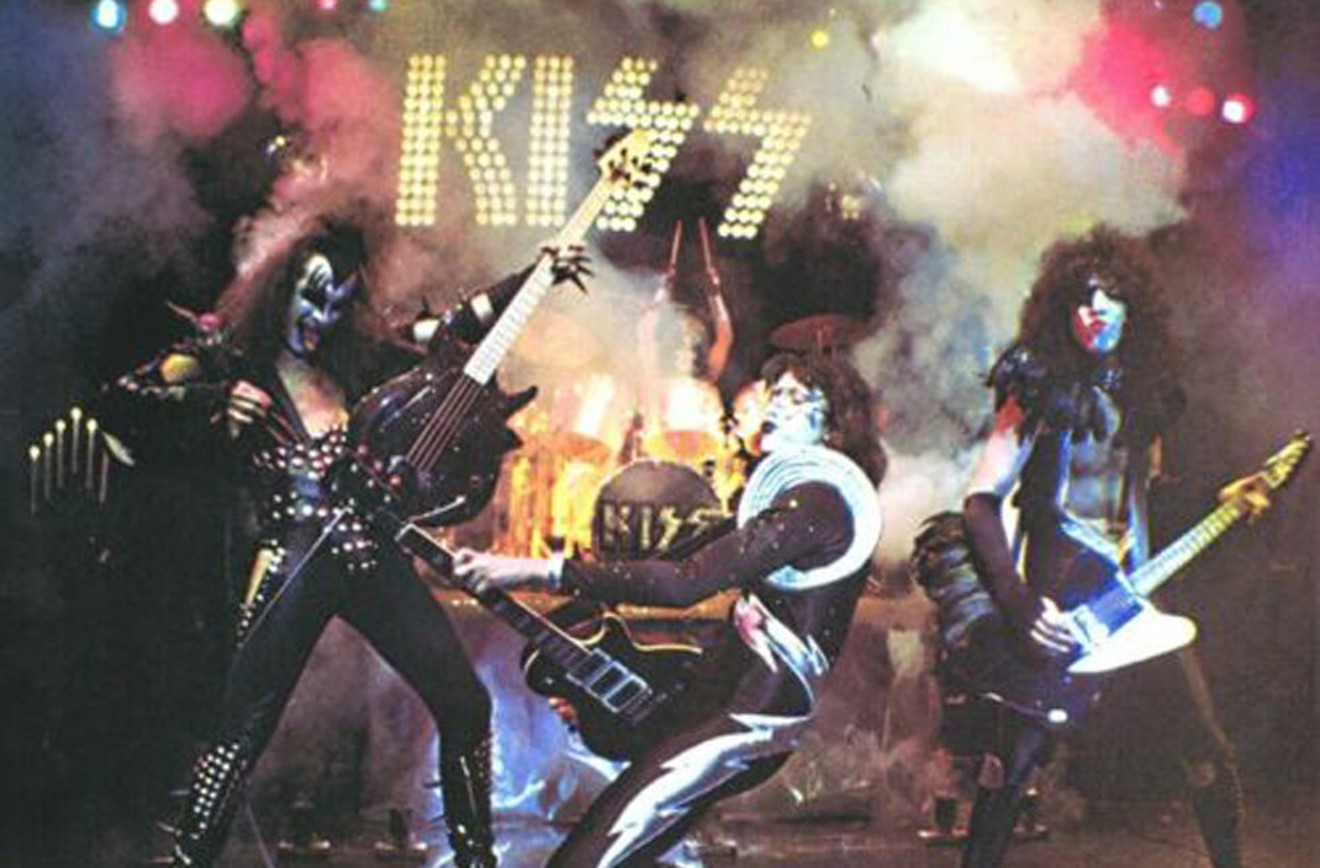 "Rock and Roll All Nite" from KISS is the rare rock "anthem" that was written to be just that. Even if it took a few years. Record cover detail
It was 1970 or 1971 and Carly Simon was waiting in her apartment for a dinner date to arrive. He was running a bit late so the singer/songwriter—to calm her nerves—picked up a guitar and began to casually put together a song. Less than 20 minutes later when the doorbell rang, she had written “Anticipation.” It became one of her best-known hits. 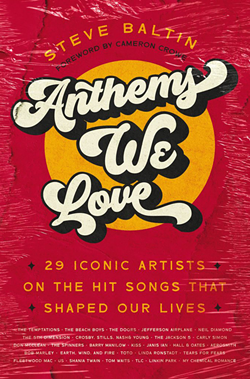 Book cover
The man at the door? It was fellow singer/songwriter she called “Steve.” That is, Steven Demetre Georgiou, better known to the world as Cat Stevens. The dinner? Simon was making chicken with cherries in a béarnise sauce.

And the reason she allowed Heinz Ketchup to use the recording in a commercial years later (common now, super rare then)? Well, she was pregnant, knew she wouldn’t be able to perform much, and wanted to make money separate from her then-husband, James Taylor.

It's those kinds of cool details that drive the stories in Anthems We Love: 29 Iconic Artists on the Hit Songs That Shaped Our Lives (272 pp., $27.99, Harper Horizon). In it, music journalist Steve Baltin gets the songwriters and/or performers to discuss said songs in bite-sized chapters.

And even if some of the stories already known to the more hardcore music aficionado, it’s a tribute to Baltin’s skills as an interviewer that he’s able to get in many cases septuagenarians to offer fresh recollections and anecdotes on tunes that in some cases hover around the half century vintage.

The last living original Temptation, Otis Williams, tells Baltin about the power of “My Girl” and how one fan mentally staved off her own death until she could talk to him about it. Neil Diamond’s favorite version of “Sweet Caroline” is not his own, but Frank Sinatra’s. Fleetwood Mac’s Lindsey Buckingham digs deep—way deep—into his mental state and the meaning of “Big Love.”
The Doors’ Robby Krieger marvels at how getting into “Light My Fire” is still a passage of youth for some whose parents weren’t even alive when the song came out. Chic’s “Le Freak” became the band’s calling card, despite never actually launching the dance craze it was specifically written to instigate. Tears for Fears’ Roland Orzabal notes that “Everybody Wants to Rule the World” was originally titled “Everybody Wants to Go to War” (and that he prefers Lorde’s version to his own band’s).

Baltin does seem to have an, um, liberal definition of what constitutes an “anthem” in music. While some readers may think “Stairway to Heaven,” “Freebird,” “Don’t Stop Believin’” or “With or Without You,” Baltin bestows the descriptor on…”ABC” by the Jackson 5? Shania Twain’s “You’re Still the One?” Linda Ronstadt’s foray into big band music with “Skylark??”
At least the book lays it out what “makes” an anthem. “Sometimes, it’s a combination of luck, risk, and art colliding in unexpected ways,” producer/songwriter Spencer Proffer writes in the book’s prologue. Baltin also mentions “timelessness and universality.”

One theme that runs through is that none of the acts profiled “set out” to write an anthem, save perhaps two: Don McLean and KISS. Of the former’s “American Pie” (itself the subject of a recent entire documentary), McLean has scrupulously avoided interpreting the mysterious lyrics for fans. But he does cheekily tell Baltin that Jakob Dylan once asked him “My dad’s the jester, right?”
For “Rock and Roll All Nite,” KISS’s Paul Stanley took his label president’s challenge to write something epic, a signature song that the audience could sing along to and bond with.

Stanley took the simplest of desires (rocking and partying) and merged it with bandmate Gene Simmons’ unfinished tune “Drive Me Wild.” Still, the song landed with a thud when the studio version was released, only to explode years later when a concert version was included on the band’s Alive! record. Every KISS show has closed with it for decades.

Others became anthems by accident. Earth, Wind and Fire’s monster hit “September” was released as a filler bonus track on a greatest hits album. And David Paich of Toto notes that “Africa” was only recorded as an afterthought, and maybe meant for his solo record instead.

Baltin also includes Wikipedia-style listings of what movies and TV shows have used the songs, perhaps in too much detail. And the book could have actually been actually longer.

Anthems We Love is a breezy read, shedding new light on songs that are embedded in our collective brains. Though one question hangs: What did Cat Stevens really think of Carly Simon’s culinary efforts that fateful evening?
KEEP THE HOUSTON PRESS FREE... Since we started the Houston Press, it has been defined as the free, independent voice of Houston, and we'd like to keep it that way. With local media under siege, it's more important than ever for us to rally support behind funding our local journalism. You can help by participating in our "I Support" program, allowing us to keep offering readers access to our incisive coverage of local news, food and culture with no paywalls.
Make a one-time donation today for as little as $1.