Book Asks (and Answers): What Happened to Your Fave '90s Alt Rockers? 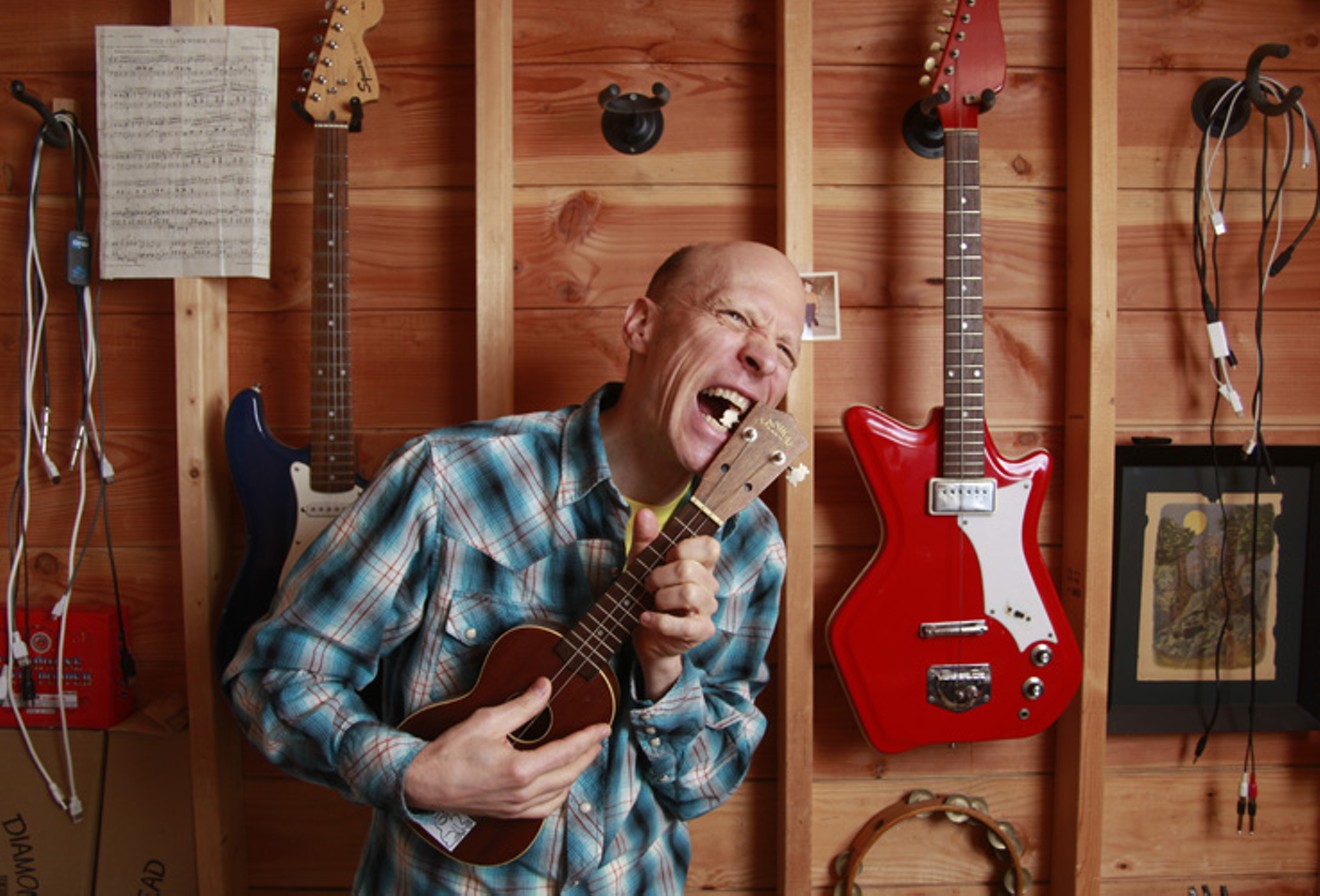 Chris Ballew from the Presidents of the United States of America ("Lump," "Peaches") now makes his living as children's music performer Caspar Babypants! Photo by Mike Hipple
Now that high school and college graduating classes of the 1990s are reconvening for their 25 or 30-year reunions, Gen X CD purchasers will undoubtedly share their musical as well as educational memories.

Album cover
Some will recall the sounds of bands like Nirvana, Arrested Development, Marcy Playground, Letters to Cleo, Jesus Jones, the Posies, the Presidents of the United States of America, Screaming Trees, Cherry Poppin’ Daddies, the Breeders, Posies, No Doubt or Camper Van Beethoven wafting around the dorm.

Photographer/Music journalist Mike Hipple has scoured the country and even gone to Europe to catch up and take pictures of dozens of members of these bands—and more—in his book Lived Through That: ‘90s Musicians Today (144 pp., $29.95, Girl Friday Books)

In bite-sized interviews, Hipple’s musical subjects recall their days recording and playing with their original groups and bring their own stories up to the present day. Along the way relaying their musical (and otherwise) hopes, dreams, and ambitions and to what extent they were fulfilled or dashed.

Some are still with those bands full-time, while others are occasionally or concentrate on solo work and new groups or veered off into entire other careers.

Power Pop genius Adam Schlesinger (Fountains of Wayne) met with Hipple before passing from COVID-19 in April 2020.
Photo (detail) by Mike Hipple
Some are based around music like songwriters, class teachers, DJs, record store owners, and even children’s music performers. The Presidents of the United States of America’s Chris Ballew is now performing as “Caspar Babypants” and has put out 16 records (with two still in the can) compared to the President’s entire discography of five. Or Zoom-led teachers of Punk Rock Aerobics (Fuzzy’s Hilken Mancini).

Others went on to become wine bar owners, scientists, animators, and even one certified doula (Tanya Donnelly of Belly/the Breeders/Throwing Muses).

But they’re all extremely effective in conveying something deeper about the musician—and often just in the eyes.
Hipple was able to include cult favorite Adam Schlesinger of Fountains of Wayne, meeting and taking his portrait just a few months before he unexpectedly died from COVID-19 in April 2020.

And not all the talk is about music. Nirvana’s Krist Novoselic details his passion on voting and political reform. Others tell how parenthood changed their lives.

Hipple includes a list of helpful tracks on each artist/band for further listening (or to jog a memory) in categories of The Hits, Essentials, and Deep Cuts.

Smartly, Hipple’s only images are the contemporary photos he took. No distracting old publicity shots or record covers for comparison to their decades-younger selves. That way, readers can take stock and weight of where these Left of the Center Dial alternative rockers are today.

If anything, Lived Through That (its title a nod to Hole’s 1994 studio album) serves as an ultra-cool yearbook, though one put together just for the class reunion. And one that will surely (and happily) lead to streaming or YouTube rabbit holes. Anyone remember the spoken/sung “Detachable Penis” from King Missile?

To order Lived Through That, visit this link on Amazon.com
For more information about Mike Hipple, visit HipPhoto.com
KEEP THE HOUSTON PRESS FREE... Since we started the Houston Press, it has been defined as the free, independent voice of Houston, and we'd like to keep it that way. With local media under siege, it's more important than ever for us to rally support behind funding our local journalism. You can help by participating in our "I Support" program, allowing us to keep offering readers access to our incisive coverage of local news, food and culture with no paywalls.
Make a one-time donation today for as little as $1.