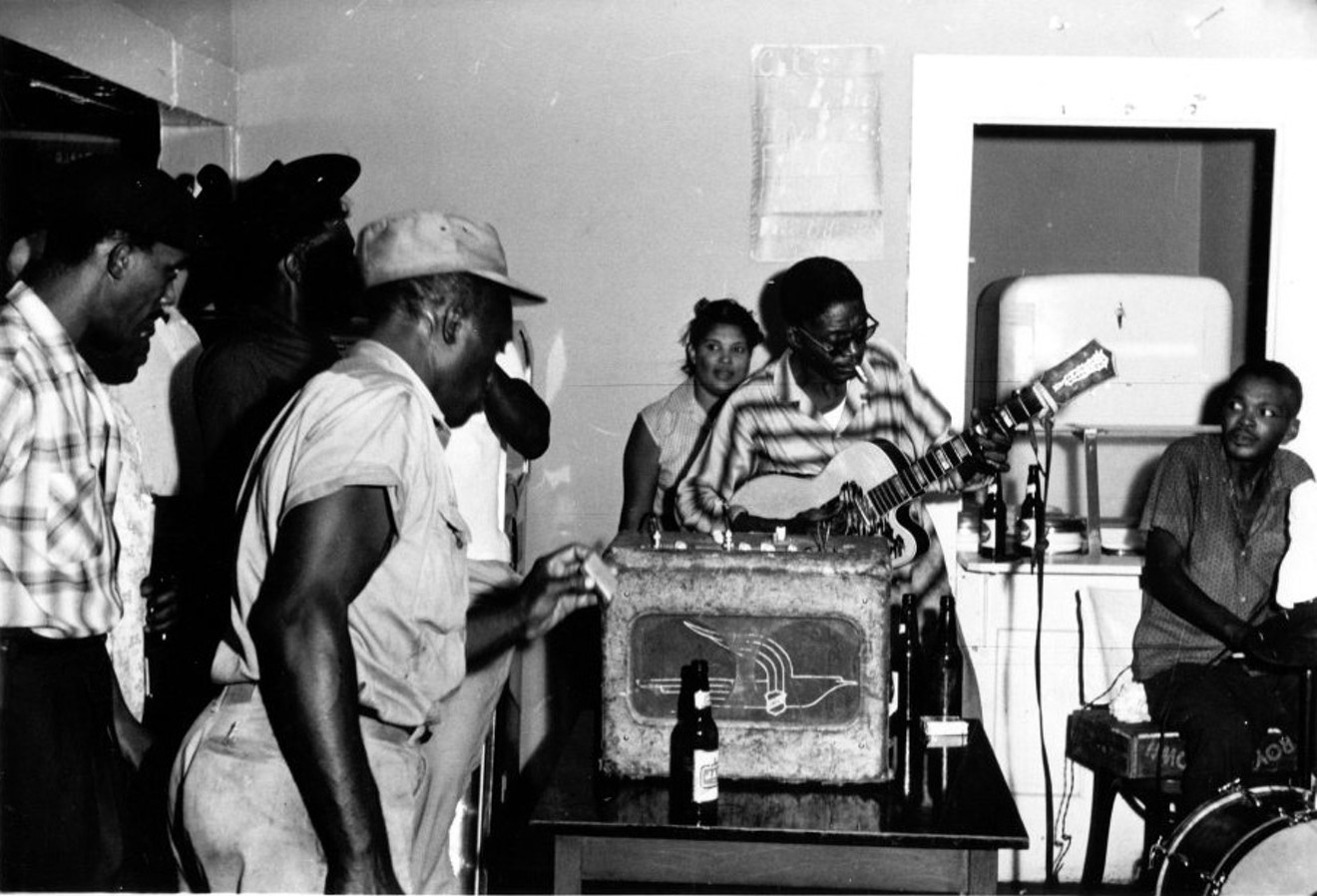 To understand this story, you must first know the story behind the story.

In 1959, two fans and writers about blues music, Paul Oliver (of England) and Mack McCormick (of the United States) began a transatlantic written correspondence. The old fashioned kind with pen and paper.

The pair decided to collaborate on a book about a mutual interest: The blues music and musicians of Texas. Roughly, Oliver would handle the academic research, compilation, and actual writing, and McCormick – conveniently living in Houston, Texas - would handle most of the first hand field research, criss-crossing the state (at a time where the drive on unpaved roads between Houston and Dallas would take more than seven hours) to conduct first person interviews with players and those who knew them and dig through local official records.

For 15 years the pair traded research, writings, comments, commentary, and alternated between effusive praise and heated arguments as the manuscript took shape. This was at a time where a single letter could take more than a couple of weeks to reach each man, and in the pre-internet and email days. But due to personal and professional issues and conflict, the collaborative effort was abandoned in the mid-‘70s. Each man was still in possession of thousands of pages of deteriorating papers, photographs, and recordings.

Fast forward to 1996. Blues writer/folklorist/photographer/filmmaker Alan Govenar (who later penned the definitive bio on Houston bluesman Lightnin’ Hopkins) contacted Oliver about this legendary lost manuscript, even trying to broker meetings and movement with a reluctant and dismissive McCormick.

McCormick died in 2015 and Oliver in 2017. But Govenar had the blessing of and access to Oliver’s material as well as his original in-progress typewritten manuscript for the book. Still, Govenar had to work with a often blurry second typewriter carbon copy—Oliver had mailed McCormick both his original typed manuscript and first carbon copy. Govenar began to piece together this massive project with notations, with additional writing by him and Lornell. Thus, this finished book is mostly Oliver’s manuscript.

In addition to music, the authors have included plenty of info on songs, society, racial relations, history, geography, types of songs, jobs, and folklore. Like, how blues in Texas – especially in the country - was jump started by cheap guitars available in Sears & Roebuck catalogs. You could get your very own instrument for $2.95 in their 1905 edition!


Houston plays a big part throughout the book (and was particularly fertile ground for piano players), but performers in nearby areas like Richmond and Sugar Land also get play.

Writer Pete Welding in a 1965 Down Beat article, characterized Texas blues as “deliberate, sophisticated, supple with a lean, open, long-lined sound” with vocals sung in a higher, clearer voice than Mississippi. Texas blues also had a lighter guitar touch

Make no mistake, this is not an easy, breezy book to digest. Nor is it for the casual blues fan or the person who thinks Stevie Ray Vaughan is the genre’s greatest player. At times, it does read more like a textbook – I found myself engrossed in some sections, and skimming through others.

But the book is both exhaustive and authoritative, and the research that Oliver and especially McCormick put into it simply could not be replicated today. They’ve done an incredible job with the bulk work, and Govenar deserves equal kudos for actually bringing it to fruition. One can only imagine what else Oliver and McCormick would have added, but this books is pretty lengthy and seemingly near-completion. The Blues Come to Texas is a crucial and important addition to the scholarship of Texas music and history.

You can order the book through the Texas A&M University Press.
KEEP THE HOUSTON PRESS FREE... Since we started the Houston Press, it has been defined as the free, independent voice of Houston, and we'd like to keep it that way. With local media under siege, it's more important than ever for us to rally support behind funding our local journalism. You can help by participating in our "I Support" program, allowing us to keep offering readers access to our incisive coverage of local news, food and culture with no paywalls.
Make a one-time donation today for as little as $1.