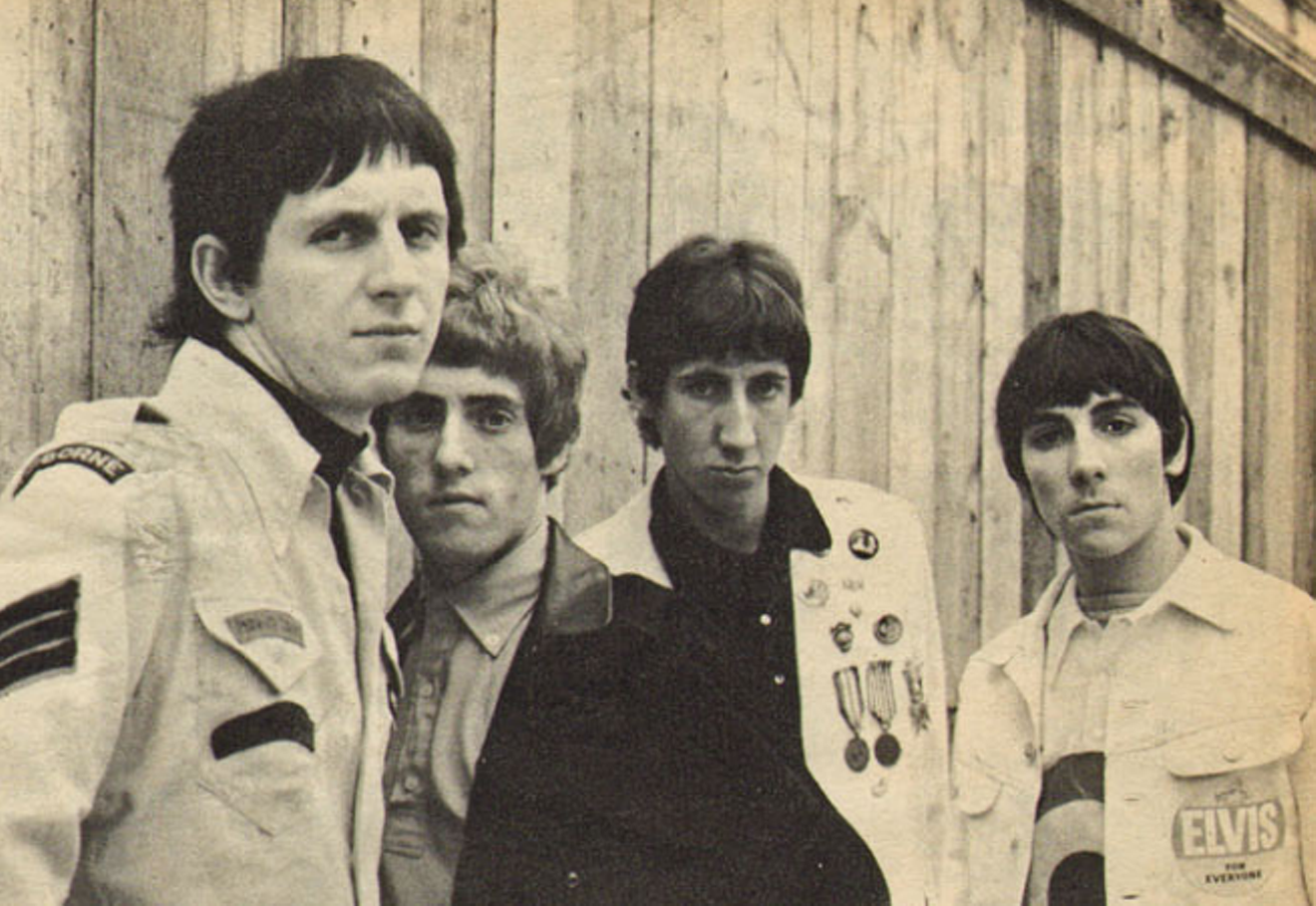 Every member of the Who has been the subject of a number of biographies and autobiographies save one: bassist John Entwistle. Known as “The Quiet One” for his stoic, anchoring stage presence and unflappable demeanor, it’s no wonder he’s often overlooked amid the madcap, attention seeking, wild and drunk antics of Keith Moon, the preening, microphone-tossing of Roger Daltrey, or the windmilling, media winding-up of Pete Townshend. “I ain’t quiet,” he sang on a self-deprecating ‘70s Who track, “everybody else is too loud.”

Hachette Books cover
With this book, “The Ox” gets his own due, with a tome Rees has written based on Entwistle’s own writings, his deep dig researching, and interviews with family, friends, and fellow musicians who have rarely talked about him before. It should also stand as the definitive work on the bassist.

And kudos to Christopher Entwistle for allowing Rees to tell his father's story so honestly - while giving the author access to people and papers. I have never read an "authorized" biography that has been so brutally honest about a musician's greatness and shortcomings.

And as a bassist, John Entwistle never saw his four-stringed instrument as inferior to the guitar or meant to play a merely supporting role. “Thunderfingers” (yet another nickname) played the bass as a lead instrument, and his on-stage battles with the rest of his band over the volume of his speakers are legendary.

Entwistle was also a prolific songwriter (for the Who he penned “My Wife,” “Boris the Spider,” and “Heaven and Hell” among others). The former trumpet player often worked as the band’s arranger, and even cover artist – that’s his caricature on the cover of The Who By Numbers. He also held a decent level solo career.

Offstage, with Keith Moon, he found a demented partner in crime – often instigating the combustible drummer into a prank or frenzy at his own instructions. And not even the band’s infamous infighting touched him.

A PR manager recalls hearing a cacophony of shouts, screams, and smashing objects coming from the band’s dressing room one night. He entered to find a disaster area with Daltrey holding Moon by the throat and choking him, Moon trying to fight back, and Townshend screaming at Daltrey to stop. Entwistle? He was in the corner, calmly cleaning his fingernails and paying no attention to the chaos.

But a good chunk of the book also focuses on Entwistle’s non-musical pursuits. He had enormous appetites for (in no particular order): sex, brandy, red meat, more sex, cigarettes, cocaine, still more sex, and shopping. Yes, shopping. He bought dozens of luxury cars – despite never driving them. He could drink and drug in amounts that dwarfed others, yet rarely seem out of it or sloppy – thus, the nickname “The Ox” for his seemingly invincible constitution. 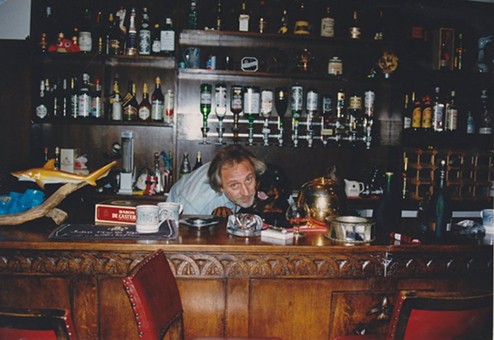 John Entwistle in Quarwood's fully-stocked basement bar with his rotweiler, Marlene.
Personal photo from the Entwistle Archive/Courtesy of Hachette Books
And his English Quarwood estate would be filled with tons of offbeat knick knacks crammed in every corner and reflecting his dark sense of humor, Visitors might see full suits of medieval armor, a human skeleton posed and relaxing on a divan, an effigy of the Hunchback of Notre Dame swinging from a high dining room ceiling, and many, many plaster casts of fish he’d caught.

Plus millions of pounds worth of model trains, clothing, and guitars. And he had his own pub in the basement that would be the envy of any town in England.

But he was also a huge spendthrift, and his often self-inflicted, dire financial situation was directly responsible for the Who getting back on the road more than once.

Entwistle also loved being Rich Rock Star/Lord of the Manor…and wanted people to know it. An frequent customer of high-end English department store Harrod’s, a shady acquaintance worked a deal where Entwistle could get the same goods for 60 percent off, though they would have to be delivered in an unmarked van. After a short while, Entwistle went back to his regular deliveries at full price: He wanted neighbors to see the van with “Harrod’s” on the side making the multiple trips up his driveway. 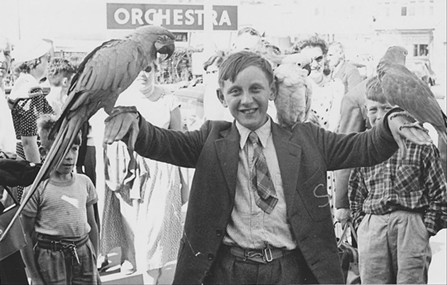 A young John Entwistle: The Bird Boy of Acton, England
Personal photo from the Entwistle Archive/Courtesy of Hachette Books
Houston appears a few times in the narrative. Entwistle being arrested as drunk and disorderly at the Houston Oaks hotel after a 1975 show at the Summit; the Who’s 1982 “Farewell” tour in front of 60,000 people at the Astrodome in 1982; another concert at the Dome seven years later when, after being asked to turn down his amp by Daltrey, the bassist threw down his instrument and stormed offstage during the show.

Toward the end of his life, Entwistle finally began showing the cumulative results of his decades long debauchery. And he had a “rock and roll” demise, passing away at the age of 57 from a heart attack in a hotel room which contained booze, cocaine, and female accompaniment, on the evening of the Who’s 2002 tour.

And though he passed a simple and (given the test subject) pretty lax physical for tour insurance purposes, a simple CT scan would have showed that three of his four heart arteries were compromised, with one being blocked completely.

If The Ox has one weak point, its perhaps one that couldn’t be avoided – we read what Entwistle did, but rarely what he thought, or what deeper mental and emotional motivations and decision-making processes were. It’s not surprising, given the subject, but this book is a must for any Who fan, and a highly entertaining read.
KEEP THE HOUSTON PRESS FREE... Since we started the Houston Press, it has been defined as the free, independent voice of Houston, and we'd like to keep it that way. With local media under siege, it's more important than ever for us to rally support behind funding our local journalism. You can help by participating in our "I Support" program, allowing us to keep offering readers access to our incisive coverage of local news, food and culture with no paywalls.
Make a one-time donation today for as little as $1.