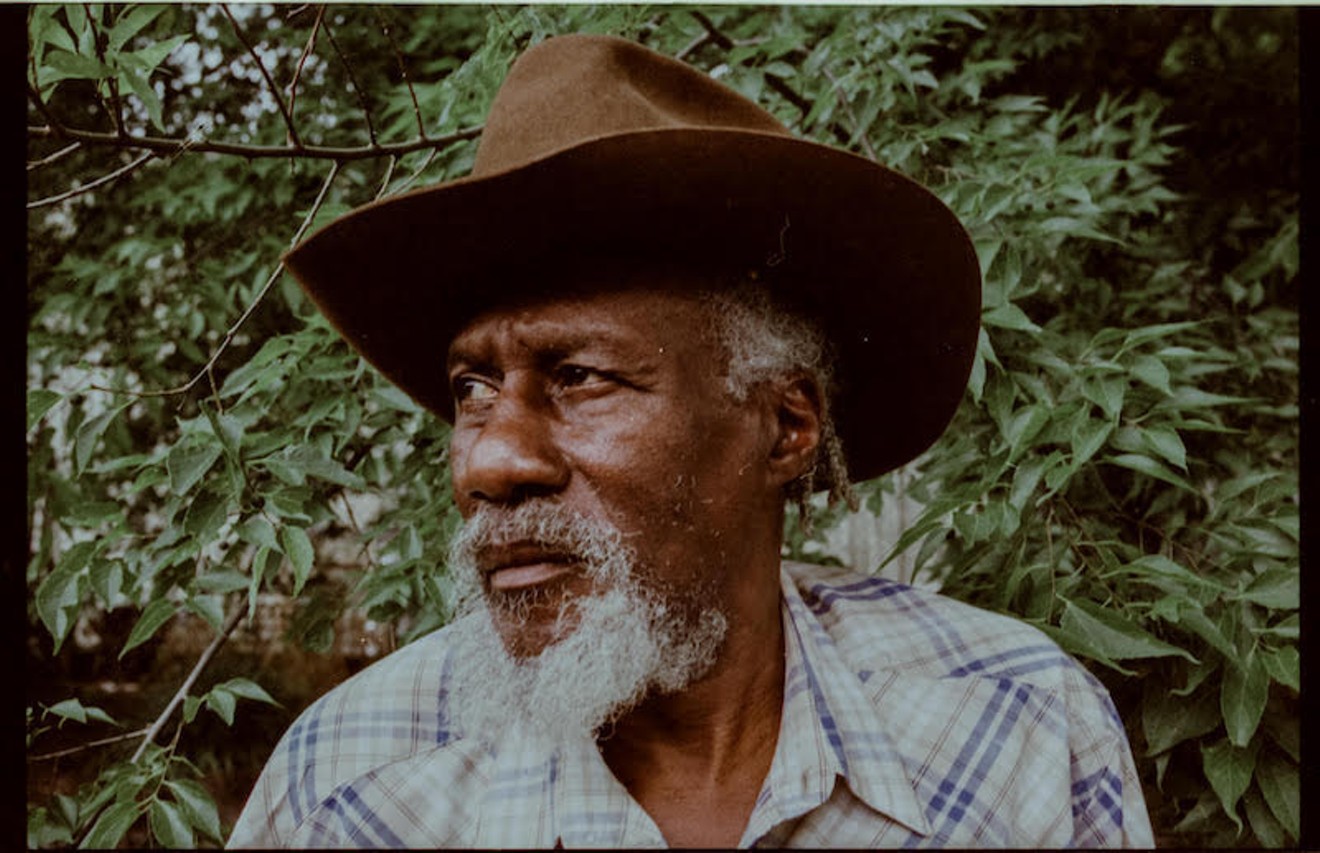 Robert Finley will perform at The Heights Theater on Friday, April 29. Photo by Alyssa Gafken
Robert Finley believes in miracles — crediting them both for a partial return of his sight and a sequence of events that pushed him toward music, no matter the circumstances.

Finley will be performing in Houston on Friday, April 29 at The Heights Theater. “You won't believe it until a miracle happens to you and once a miracle happens in your life, there's no more doubt,” says Finley from his home in the small town of Bernice, Louisiana.

Finley was born a sharecropper's son, which is also the title of his powerful and autobiographical 2021 album produced by Black Keys founder Dan Auerbach, in 1954.

“It’s opened a lot of doors,” says Finley. “Sharecropper's Son was an opportunity for me to tell my story and it's all true. It's no make believe, it's no fantasizing. It's all the true story of how life went growing up on a farm.”

Finley was born in the same town he still calls home and was out in the cotton fields from birth essentially getting to work as soon as his little hands could pick cotton. He describes how he and his family would work daily “from can to can’t.

“That means you work from when you can see in the morning to when you can't see at night,” he specifies. As a young boy he sang in the church, often mimicking the keys his brothers sang in or going his own way vocally, which the preacher luckily didn’t discourage.

“It turned out to be a blessing in disguise because I learnt all of their keys and that’s why I'm so versatile where I can go from bass to falsetto in the same sentence without it being a problem,” he says in his trademark optimistic manner.

At the age of 11 he purchased a guitar at a thrift store and though his religious family didn’t want him straying from playing gospel music, Finley was drawn to other sounds.

“Lord have mercy. You could call it rock, blues or jazz but you weren't supposed to play nothing other than gospel and I loved that rock and roll. I loved The Beatles, that Elvis Presley, Ray Charles and James Brown,” he says with the same enthusiasm as an adolescent.

After moving to Texas, where he spent some time living in Houston, Finley volunteered to join the army and was sent overseas to Germany. He was quickly recruited by the Army band to play guitar, a great way to make friends and get to know people in a new place and a gig that provided him the opportunity to travel and perform around Europe.

Once he returned to the United States he resettled in his home state of Louisiana and began working as a carpenter but as he began losing his vision due to glaucoma, he turned back to music.

“Life was almost over,” he says, remembering that time. “I won’t say almost over because you never know how many more days the good lord got counting for me but at the same time, life pass you by before you realize what life is all about.”

Now Finley is legally blind, an improvement from being totally blind which he credits to a young woman who laid hands on him and he says improved his vision through faith and prayer.

In 2015 he was busking outside of a music festival when someone from the Music Maker Relief Foundation heard him and got in touch later resulting in his debut album at the age of 62 aptly titled, Age Don’t Mean A Thing.

It was through this album that Finley was introduced to Auerbach. Finley, who admits that he was unaware of The Black Keys and Auerbach’s success, was initially approached to complete the soundtrack to Auerbach’s graphic novel Murder Ballads.

“Some of the songs weren’t my style,” he says about the dark and violent tracks. "I wasn't raised like that but at the same time it was an opportunity. It was just like playing a part in a play so you had to become that character for the time that you were doing the songs and it worked out for me.”

Finley shared his feelings with Auerbach leading the two to then work on Goin’ Platinum! and Sharecropper’s Son which Auerbach released on his Easy Eye Sound label. For Sharecropper's Son, Auerbach wrangled up some legendary session players, Bobby Wood, Gene Chrisman and Billy Sanford, which Finley recognized from their work with artists like Elvis and Roy Orbison.

“The way it actually started was the band was rehearsing and they were just jamming. I liked what I heard so I just walked into the booth, knowing that they were listening, and Dan said ‘Sing something with it.’ and I just started telling my life story. It got longer and longer and everybody was laughing but we were recording it at the same time,” he says of the birth of Sharecropper’s Son.

“My daughter and I were traveling and she drove by a cotton field and I told her, ‘Hurry up and get away from that cotton field because every time I look at cotton, my back hurt.’ We laughed about it but it stayed on my mind,” says Finley describing how his initial long winded recording became “Sharecropper's Son,” “Country Child” and the downright funky track “Country Boy.”

In all of his projects, but especially Sharecropper’s Son, Finley's veracity and natural talent for storytelling resonate with listeners. At a time when things feel challenging for so many people, hearing Finley’s true story really puts the struggles of life in perspective and serves as a beautiful reminder to never give up.

“It’s bad enough dealing with the hatred bringing back the old memories,” he says of recent years. “The kids these days do not even sit down to read a book but if you put the book into music, they’ll dance to it and so it fills the generation gap where grandfather remembers the days but to the child it’s all new to them. It’s a way of displaying history without saying you got to sit down and read this book.”

For a man who has experienced many ups and downs, including competing on America’s Got Talent in 2019, Finley is still strong in his faith and optimistic about his future saying he always believed in his music but simply didn’t have the opportunity to embrace it as a career until later in life.

“It’s all about being in the right place at the right time,” he says. “In regards to what's happened during the career, I always talk about the positive, I never focus on the negative because the negative give you nothing to work with,” he says likening the negative to a “pile a poop.”

“You won’t smell it until you touch it. Once you break the crust on it then the smell goes everywhere. That's the way I look at negative things, as a pile of poop.”

Finley is clearly enjoying his success and "living his dream" while he vows to always stay humble making sure that his seven and a quarter inch hat fits on his head every day. He looks forward to a busy touring schedule into the fall which will take him back to Europe and all around the United States.

“I used to work like a slave and get my money and have a big party on the weekend but now, who would think that it’s a total turnaround. I don’t go to work and work all day from can to can't just to make enough money to go out on the weekends, now I make my living doing what I used to work like a slave to be able to do. Now I’m partying for a living.”

Robert Finley will perform with Peter More and I&R on Friday, April 29 at The Heights Theater, 339 W. 19th. Doors at 7 p.m. $22-$336.
KEEP THE HOUSTON PRESS FREE... Since we started the Houston Press, it has been defined as the free, independent voice of Houston, and we'd like to keep it that way. With local media under siege, it's more important than ever for us to rally support behind funding our local journalism. You can help by participating in our "I Support" program, allowing us to keep offering readers access to our incisive coverage of local news, food and culture with no paywalls.
Make a one-time donation today for as little as $1.