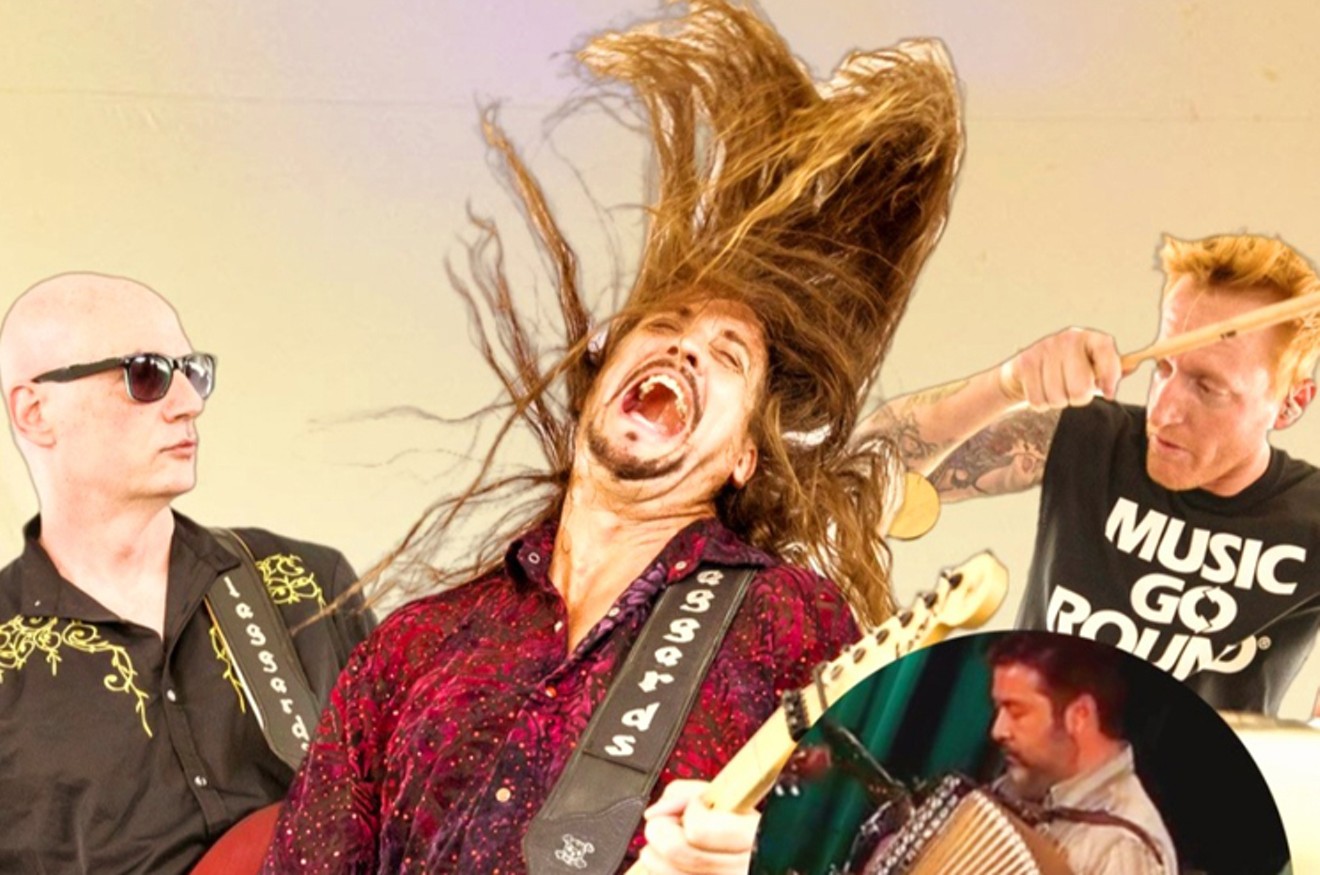 “It was 1985 when I was still living in Ireland. I went to my friend Stephen McGuinness’s house in a place called Ballybrack just south of Dublin,” the singer/guitarist for Blaggards offers via Zoom. 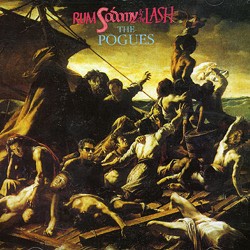 Record cover
“I went to his house and saw this LP, Rum Sodomy and the Lash. And I heard that violin come in from the first song ‘The Sick Bed of Cúchulainn.’ My head was rattled, my eyes shook, and I was ‘What the hell am I listening to?’ It wasn’t punk like the mohawks and the chains through the nose. This was something completely different.”

Bassist Chad Smalley, Devlin’s Blaggards bandmate since the 2004 founding of Houston’s “Stout Irish Rock” band, came to the Pogues a bit later in his life.

“I had heard of them in high school and my friends had some records. I only knew that [Pogues singer/songwriter] Shane MacGowan had bad teeth and they were in that spaghetti western movie Straight to Hell with the Clash. In my head, I had some Pogues and Clash songs mixed up,” he says.

“But learning to play the Pogues songs we had in the set is how I really learned about them. All those traditional Irish melodies mixed with rock. And they had so many people and instruments. But it all sounded cohesive and there was nothing cliché about it. It was solid.”

Devlin jumps back into the conversation. “You can’t have everything, but they did. They had everything. The Irish and the punk. Beautiful lyrics and then you’re being punched. Holy fuck, I was in!” he recalls. In fact, Devlin likens that first encounter to that old Maxell cassette tape ad where the guy sits in a chair in front of a stereo and his hair is literally blown away by the sonic impact.
Blaggards (there’s no “the” before the name, something Devlin laughingly says was decided “out of pure badness”) will get to showcase their Pogue Love on a special tribute show at the Continental Club on December 30. The setlist will mix songs they already do in concert with new Pogues tunes learned for the event as well as some Blaggards material.

The current core trio of Devlin, Smalley, and new drummer Kevin “Turbo” Newton will be augmented by accordionist David Mendoza and singer/guitarist and Continental Club stalwart Luba Dvorak. Blaggards featured fiddle player Heidi Riggs, who lives in Phoenix, is not making the trip.

“We’ve been huge fans for so long, and of course played Pogues songs since the band’s inception. It’s like breathing,” Devlin continues. “You cannot live your Irish music life without the Pogues. That’s not just my opinion. It’s in the Gospels somewhere. Moses had it in the Commandments. We owe so much to Shane MacGowan.”
Smalley sees an even wider influence. “There are so many bands who have been spawned just from that one group. They created an entire genre,” he says. “And there’s a literary influence there as well. Bands even embrace the way they dress and slurring their words! [Blaggards] have disparate influences, but they’re a big one.”

And yes, in keeping with the holiday timing, Devlin promises that they’ll pull out “Fairytale of New York,” of which Blaggards recorded and released their own version a couple of years ago. Unfortunately, it was about the same time that Jon Bon Jovi put out his laughable, much-derided take on it, singing both male and female parts and changing some of the more “controversial” lyrics.

Devlin became aware of the musical atrocity when his mother told him about it. “What was going on? What was happening? Was New Jersey invaded that day?” Devlin laughs. “Who would let that go?”
Asked to name an Irish rock band, the average punter would probably spit out U2, or possibly the Cranberries. Others could draw up Thin Lizzy or even Horslips. But none of them have blended traditional Irish sounds and themes into rock and roll as much as the Pogues.

And Devlin and Smalley are aware that to audiences around the country (but especially up and down the middle, where they frequently tour), Blaggards also serve as kind of musical ambassadors for the genre.

“I love the fact that we get to introduce people to Irish music they don’t know or our version of it. The Irish and the rock coexist. And when you put more rock into it then fiddly-diddly dum-dum-dum, that’s Blaggards,” Devlin says.
Smalley concurs, again looking at the bigger picture. “Growing up in the states as opposed to Ireland like Patrick, I had heard of Thin Lizzy and knew ‘The Boys are Back in Town,’ but I had no idea they were from Ireland,” he says.

“But we already have Irish music here. Country music and folk music all came from Irish folk. We’re shining a light on it. At the end of the day, we’re a rock band with a huge Irish vein.”

For this show, Devlin’s ultimate goal is to emulate the kind of experience he saw in the late ‘80s on TV footage of a Pogues show in London when the cameras panned to the assembled, frenetic crowd.
“You could tell there were a lot of Paddy expats there,” Devlin—who left Ireland in 1987 for Boston before settling in Houston in the early ‘90s—says. “It looked like the galley of prison ship! It looked filthy and nasty and hot, but everyone had a smile and didn’t want to be anywhere else at the moment. I would love to recreate that.”

He's already looking to the next Blaggards/Pogues show, with plans to add more instrumentation and players to better recreate the experience. The band will also again host their annual trip to Ireland and tour in October/November next year. Devlin says he will also probably also see Stephen McGuinness, the guy directly responsible for starting his Pogues journey, when he visits there in February. Though it’s something which only one of them apparently remembers.

“Years later, Stephen was at a Blaggards show and I told him ‘You’re responsible for all of this’ from that first day he played me the Pogues,” Devlin says. “And he had no recollection of it at all!”

For more information on Blaggards, visit Blaggards.com
KEEP THE HOUSTON PRESS FREE... Since we started the Houston Press, it has been defined as the free, independent voice of Houston, and we'd like to keep it that way. With local media under siege, it's more important than ever for us to rally support behind funding our local journalism. You can help by participating in our "I Support" program, allowing us to keep offering readers access to our incisive coverage of local news, food and culture with no paywalls.
Make a one-time donation today for as little as $1.