Gilbert O'Sullivan Won't Be Alone at Tour Opener in Tomball

Gilbert O'Sullivan today. Photo by Andy Fallon/Courtesy of BMG
In the spring of 2020, the UK-based Gilbert O’Sullivan was excited about coming to the United States. in April for his first tour of these shores in a while. Then, of course, the world (and the entire concert business) shut down. And while that was devastating for most bands and performers, it had some positive effects on the Ireland-born singer/songwriter/pianist.

“I’m very lucky in the sense that I’m not an artist performing 50 weeks a year. I’m mostly writing songs, quite solitarily. So, the lockdown kind of suited me. But I know it affected a lot of others badly,” O’Sullivan says via Zoom from his home on the island of Jersey in the Channel Islands.

Gilbert early in his career.
Courtesy of BMG
“It was uncharted territory. I hope it’s not back again in a few months’ time. The omicron seems mild, and there’s more herd immunity. So, I hope we’re heading for a good year.” O'Sullivan will open his U.S. tour on March 4 at Main Street Crossing in Tomball. Amazingly, this is his first American series of dates in nearly 50 years.

Born in Waterford, Ireland and raised in Swindon, England (fun fact: the city is also the setting for Ricky Gervais’ original version of The Office), Raymond Sullivan was one of six children in a working-class family. He began playing the family’s piano but eschewed formal lessons.

And though he went to college to study graphic design, music was calling louder as he played in several bands. A collaborator and friend was Rick Davies, who would go on to co-found classic rockers Supertramp.

He moved to London in 1967 to pursue a music career and—looking for something to set him apart—developed a sort of costume that made him look like a street urchin: bowl haircut, newsboy cap, suspenders and short pants. It was purportedly inspired by his love of silent films, though some questioned his sartorial choice. It didn’t last (though he switched to wearing a collegiate sweater with a giant "G" on it).

What did was a name change: a manager thought that “Gilbert O’Sullivan” might recall the songwriting team of Gilbert and Sullivan. The manager, Gordon Mills, has similarly altered the birth names of Tommy Scott and Arnold Dorsey to Tom Jones and Engelbert Humperdinck, respectively.

Sullivan had his first European hit in 1970 with “Nothing Rhymed,” but it was two year later he achieved international fame with his still best-known number, “Alone Again (Naturally).”
Though its depressive (but non-autobiographical) lyrics covered romantic jilting, suicidal thoughts, and the death of both of the narrator’s parents, Sullivan’s pumping piano and upbeat singing gave it an unexpected sonic lift. In the U.S., it stayed on the top of the Billboard singles chart for four weeks in 1972. Not that he had any precognition of its rise.

“I think it’s important not to know that if you’re writing something, it’s going to be successful,” he says. “The more important thing is are you happy with it? Does it have the lyrics and melody you want?”

In fact, it was originally going to be the B-side behind the more commercial “Out of the Question,” but manager Mills pushed for the switch. “When we were recording it, nobody said ‘Wow, this is something special!’ I had no idea it would be as successful as it was. And it was a [bigger hit] in the U.S. than a lot of other countries,” he offers.
The song has had several covers, including a 2010 version by Neil Diamond, who O’Sullivan says sent him a nice note about it. “Ultimately, it’s a compliment to you as a songwriter. You don’t have to like the cover versions necessarily, but the fact that somebody wants to do it means something.”

He also notes not a week goes by where someone doesn’t tell him how much the song means to them or how they can relate to it from experiences in their own lives. Interestingly, when he’s rehearsing for a tour, it’s the only song he does not practice, on purpose.

“I don’t sing that because when I sing it onstage, I put my heart and soul into it. It’s that important,” he says. “I just keep it until we’re actually performing. And it’s amazing the reaction that I get from people.”

Gilbert in the 1970s.
Courtesy of BMG
The song—and O’Sullivan—also have a unique place in the history of the confluence of music and legal issues. In 1991, he successfully sued rapper Biz Markie for sampling the song’s distinctive piano riff on his own release “Alone Again” (in which the Biz also sings the song’s hook “alone again…naturally” in its original melody). O’Sullivan was eventually awarded a judgement of $250,000, and the song was prevented from being further sold on single or album.

Coming on the heels of the ‘60s group the Turtles challenging something similar against rappers De La Soul, the cases set a precedent for unauthorized use of copyrighted material in rap songs. Biz Markie’s next record was tongue-in-cheekily titled All Samples Cleared!, with a cover of him as an English bewigged judge in court as well as the defendant.

O’Sullivan says that Biz Markie’s team had actually reached out for permission to sample the sing, but he denied the request. The rapper—who passed away last year—used it anyway.

“All I can say is that I never wanted to take anybody to court. They asked and my [initial thought] was to hear who wanted to do it. Then I realized that he was a comic rapper, and I said no way. Not that song,” O’Sullivan says.

“I had to take some action and go to New York and get lawyers and spend hundreds of thousands of dollars and it was time consuming. And who was the first person to have to answer questions? Me, not him. He wasn’t even there! But it did set a precedent, and that’s a good thing.”

He had more minor hits with “Clair,” “Get Down” and “Out of the Question." But his later commercial successes were mostly in the UK, Holland, New Zealand and especially Japan. He’s consistently toured and released records, often with lyrics involving wordplay, and spanning the genres of rock, balladry, piano-based, and even dance. 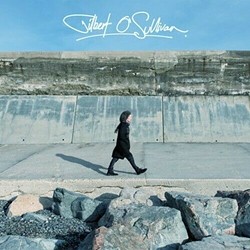 “It’s always been the same writer since I don’t collaborate with anyone. I like the diversity, and I like going into different areas,” he says. “I can even listen to Jay-Z and like it. Not necessarily because of the songs, but because of the production. And I can learn from it.”

His most recent record was 2018’s Gilbert O’Sullivan, produced by Ethan Johns. It was recorded in O’Sullivan’s 48-track home studio, the building visible behind him in the Zoom call.

“Ethan is all about analog and very anti-digital. And his approach made people feel it had the same approach as my very first album with a lot of warmth. So, we just titled it [plainly],” he says.

He has a new record coming out in July called Driven, produced by Andy Wright (Simply Red, Simple Minds). “I’m 75 and I still have an enthusiasm for this, so that’s why we used that title!” he says.

“I like using different producers to bring out things that maybe haven’t been done before. Andy met up with me, I played him 15 or 16 songs, he picked out the 12 he liked, then he picked out the musicians. It’s not rocket science. I sit at the piano and play it for the band, they go back to their chairs, and we hit the record button.”
For the upcoming short U.S. tour (which will be followed by European dates), O’Sullivan will be surrounded by family—literally. His wife Aase, daughters Tara and Anna Marie, and “even the babies” will accompany him Across the Pond. Looking at the itinerary, most of the stops are at City Winery in various locales. Which begs the question: Is Gilbert a fan of the grape?

“Well, in moderation!” he laughs. “And it’s usually just on weekends. Fridays are for whites, and Saturdays are for reds!”

For more information on Gilbert O’Sullivan visit GilbertOSullivan.co.uk
KEEP THE HOUSTON PRESS FREE... Since we started the Houston Press, it has been defined as the free, independent voice of Houston, and we'd like to keep it that way. With local media under siege, it's more important than ever for us to rally support behind funding our local journalism. You can help by participating in our "I Support" program, allowing us to keep offering readers access to our incisive coverage of local news, food and culture with no paywalls.
Make a one-time donation today for as little as $1.