For many fans, his pinnacle was the 1983-85 run of those first three Dio albums: Holy Diver, The Last in Line, and Sacred Heart. They certainly contained some of his best and most popular material. But Dio was also a band, and that creative team for the Unholy Trinity included Vivian Campbell (guitar), Jimmy Bains (bass), Vinny Appice (drums), and—joining for that first tour—Claude Schnell (keyboards). 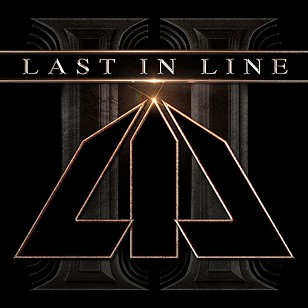 Early this year they released Last in Line II (Frontiers Music), their second effort of all-original material and a tour that combines material from both phases stops in Houston at Warehouse Live on October 18.

“It was more accident than design that this band was put together. The three of us were part of the original band, but we were all a creative unit and all had songwriting credits,” Campbell says. “That creative chemistry was instantaneous from the first time we played in a London rehearsal room in late 1982. And it had been 27 years since we played together, but that chemistry was still there”

The current lineup includes Campbell, Appice, original vocalist Andrew Freeman, and bassist Phil Soussan, who was recruited after Bain’s 2016 death that occurred on the high seas during a Def Leppard cruise. With Last in Line, Freeman doesn’t try to ape the sound of Dio’s voice. Campbell calls him “equally ballsy.” But he realizes that the band’s name is something of a double-edged sword.

“We have a legitimate right to play those songs. But we’re also an original band, so we have to strike the right balance,” he says. “Had I knew the band would evolve as it has, I might have called it something else! I’ve been in Def Leppard more than 27 years. But Last in Line is very important to me, and I want to take us to the next level.”

Befitting a scrappier, newer group, Campbell says Last in Line does not travel as well as or play venues as large as anything near Def Leppard, but he finds that this group “stimulates his soul,” is “very cathartic” and one of his “happy places.” He adds that both his playing and the overall sound of Last in Line II is looser and more experimental, even since their first record Heavy Crown.


The producer for both records is Jeff Pilson, current bassist for Foreigner and former member of Dokken. Campbell has high praise for Pilson’s talents, work and ear. “Jeff is a wonderful, talented human being with a well-rounded list of attributes that a producer needs,” Campbell says. “Plus he’s a musician who understands structure and songwriting. But perhaps most importantly, he has energy and a welcoming personality who wants to bring the best out of us.”

He has less warm memories, though, for Ronnie James Dio and wife/manager Wendy, on several levels, as he was fired in the middle of the Sacred Heart tour in 1985. The band had finished their U.S. run and were about to head to Europe when according to Campbell, he received a FedEx letter from Wendy Dio while the guitarist was visiting his parents in Ireland.

In it was a new contract with a letter that directed him to sign and return it, or he’d be out of the band. Campbell had been vocal about getting a more equitable financial split for the group, something he insists that Dio himself promised them. He didn’t sign it, and when the tour resumed, Dio debuted replacement Craig Goldy on guitar. Campbell and Dio never spoke or met again.


“Ronnie made [the band] a promise. He said if you’re willing to do the first three albums and work for nothing, he would make it equitable after. I had given 100 percent of myself creatively and emotionally because we were all working toward something. And then it became just this money making machine and we were shut out.” Campbell recalls.

“In fairness, Wendy knew nothing about [the promise]. My main beef with Ronnie is that ultimately, he didn’t have the balls to stand up to her, because he must have told her something different. When somebody looks me in the eye and shakes my hand…when a man makes an agreement with me, I expect him to uphold the end of the deal. And [Wendy] never viewed the value of the original band, like it was plug and play. But when you find the right combination, it could be something brilliant. And that was the original Dio band.”

Over the years, Campbell and Dio sniped back and forth in the press, and it left a “bitter taste” in his mouth. But he says the passage of time and his old boss have made him view things through a different – if not necessarily forgiving – lens.


A much happier encounter, he says, occurred recently during last year’s Rock and Roll Hall of Fame ceremony in which Campbell and the rest of Def Leppard were inducted, as was Fleetwood Mac’s Stevie Nicks as a solo artist.

The current lineup of the Mac includes Neil Finn, and Campbell counts himself as a huge admirer of the singer/songwriter, and especially his band Crowded House. Nicks and Def Leppard share a management company, and that’s how Campbell found himself standing next to Finn in a hotel ballroom at an after party with Finn noodling on a grand piano.

“Joe [Elliott, Def Leppard vocalist] knew I was a big fan, so he dragged me over right next to Neil while he was playing,” Campbell laughs. “He was playing Elton John songs and being modest, but then I asked him to play a Crowded House song and he did. Soon, everybody was making Crowded House requests—and he played them!”

For more on Last in Line, visit LastInLineOfficial.com
KEEP THE HOUSTON PRESS FREE... Since we started the Houston Press, it has been defined as the free, independent voice of Houston, and we'd like to keep it that way. With local media under siege, it's more important than ever for us to rally support behind funding our local journalism. You can help by participating in our "I Support" program, allowing us to keep offering readers access to our incisive coverage of local news, food and culture with no paywalls.
Make a one-time donation today for as little as $1.