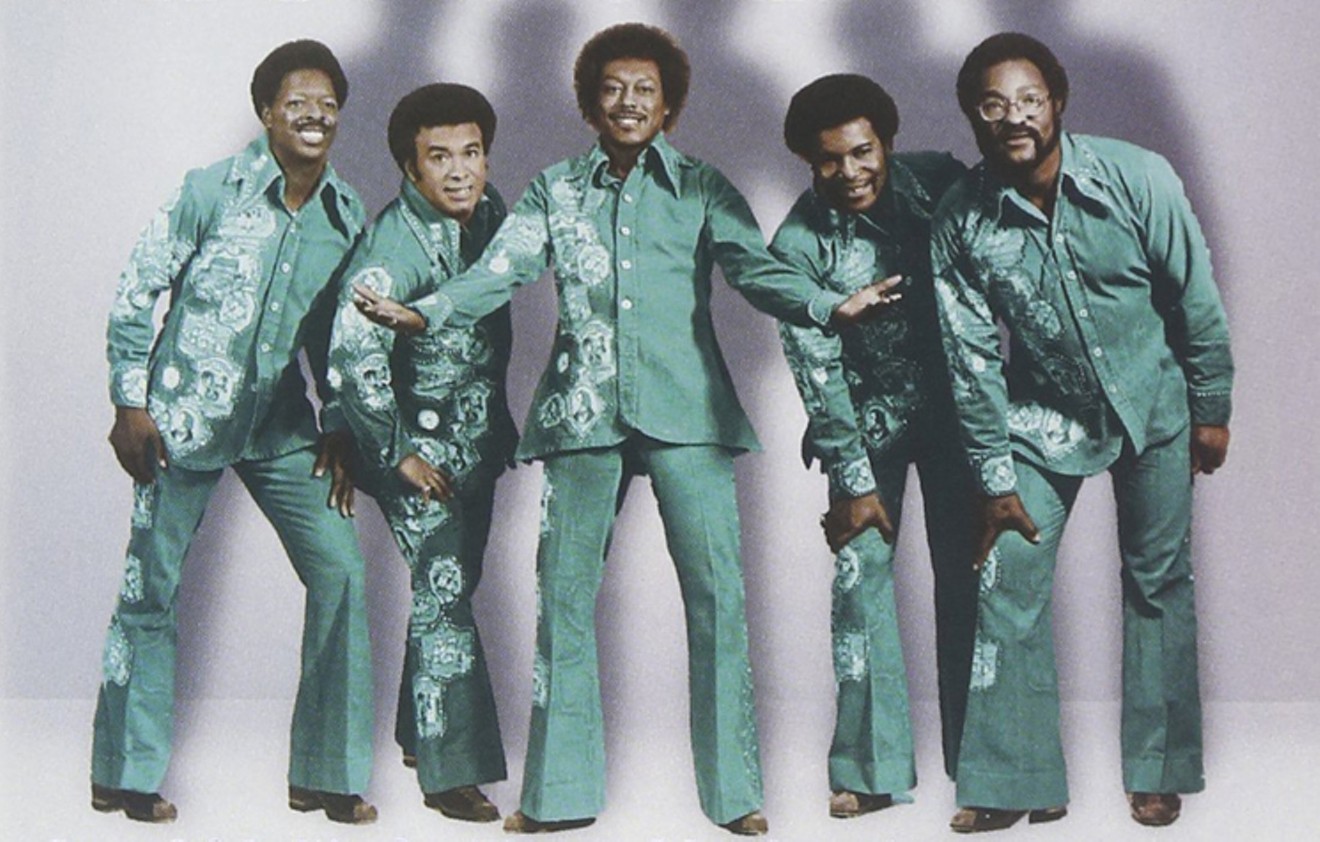 The Spinners in the mid-'70s: Henry Farmbrough, Billy Henderson, Bobby Smith, Pervis Jackson and Philippé "Soul" Wynne. Record cover
Any list of the greatest R&B/Soul record labels of the 1970s would include Motown, Stax and Atlantic. Those very storied names instantly recall a certain image, stable of artists and chart hit after chart hit.

Sometimes lost in there is the last of the Big Four—Philadelphia International. It was based in the City of Brotherly Love and founded in 1971 by songwriters/producers Kenny Gamble and Leon Huff, along with arranger/producer Thom Bell. Their stable of acts included Jerry Butler, Harold Melvin and the Blue Notes (with Teddy Pendergrass), the Spinners, the O’Jays, the Stylistics and Lou Rawls. 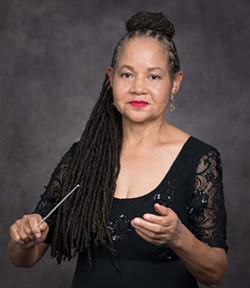 Last year, the Community Music Center of Houston put on a celebration of Philly Soul at the Miller Outdoor Theatre to an enthusiastic crowd, then sitting in socially-distanced “pods” on the great lawn.

It was such a success that all involved said (with apologies to the non-Philly Staple Singers) “let’s do it again.” Philly Soul Sound Vol. 2 comes to Miller on April 16, this time with the free lawn and covered seating fully open.

“I wanted to do this again because I love the music. I just love the music,” says Dr. Anne Lundy, CMCH Music Director. “It was the music from when I was growing up and makes me just want to get up and dance and groove. It makes me feel like I did when I was in my 20s and 30s.”

The show will feature 16 musicians onstage and five rotating vocalists. For CMCH’s Henry Moseley—also the band’s drummer and father of singer/pianist Viv Moseley—the Philly Sound has one particular attraction.

“The full orchestration that Thom Bell wrote was just crazy compared to the stuff that was written at Motown. It was funky because of Gamble and Huff, but Thom Bell…I mean, he’s got oboes and bassoons going on in the back! And that’s what hooked me as a kid when my dad played this music and was teaching me about music.”

The 14-song set list will including some returning favorites from last year like “Could It Be I’m Falling in Love,” “Didn’t I Blow Your Mind,” “For the Love of Money,” “I Love Music,” “Close the Door” and “La-La Means I Love You.” But there are some new additions, including Billy Paul’s “Me and Mrs. Jones,” and a rarer cut, Jean Carn’s “Don’t’ Let It Go to Your Head.”
“We added a few new songs to show how deep the Philly International ran, including the Jean Carn song that I’m really excited about because it’s a little different in how it’s structured,” Moseley offers. “It’s even a little tricky to play!

Also, on the list is “Show You the Way to Go” by the Jacksons. It was recorded by the group after they left their longtime home at Motown (along with the Jackson 5 name) when new label CBS sent them straight to Philly for some revamping. “Enjoy Yourself” would be their biggest hit during that time.

Personally, Moseley says he’s looking forward most to playing “I’ll Be Around.” “You can’t get away from the Spinners!” he laughs. “Don’t’ even try!”
For Dr. Lundy, her favorite is a toss-up between the show’s opening and closing numbers. “I still love our overture, ‘T.S.O.P.’ the theme from Soul Train. As a kid playing the violin, I pretended that I could play that perfectly!” she says.

“But I also like our closing number, ‘Ain’t No Stoppin’ Us Now’ [by McFadden & Whitehead]. It’s one of those message songs, but it’s so upbeat. It says that we’re gonna make this world better. It says yeah, things are tough and we’re dealing with things, but we’re on the move! Maybe I’m being idealistic, but I have to believe in that.”

The Community Music Center of Houston was founded in 1979 specifically to bring music and music education and programs to the mostly minority young people of Houston’s Third Ward. Dr. Lundy got involved in 1983, as the Houston Press detailed in 2019. Henry Moseley became aware of the organization after seeing her being interviewed on TV by local Fox 26 anchor Jose Grinan.
“That’s how I got my daughter involved. She was four going on five years old when I saw Dr. Lundy. My dad said she needed to start piano lessons, so I called CMCH and that’s how she started. She’s now a classical concert pianist major,” he says. “There was a need and still is a need for getting young minority musicians started, especially in the classical field. And Dr. Lundy’s son and nephews also were in [programs].”

However, the CMCH has never had a true permanent home, drifting through various churches and community centers and temporary venues. That’s changed since last year when after a lengthy fundraising effort of public and private donations, the group purchased the building and land at 3020 Holman. The location is in the heart of the Third Ward, just across the street from Blackshear Elementary and near Riverside General Hospital.
Dr. Lundy says that the property needs a lot of work and restoration before they can actually begin using it and says that the past two years of COVID have slowed both progress and fundraising efforts. That’s why one of the goals of Philly Soul Sound Vol. 2 is to let the audience know about the group, its mission and needs. Emceeing the event will be Paris Eley, Station Manager and DJ for 1230 KCOH The Source radio.

“I just want people to come out and have a good time and hear this amazing music that means a lot to so many people,” Dr. Lundy sums up. “And to dance!”

Philly Soul Sound Vol. 2 is 8:15 p.m. on Saturday, April 16, at the Miller Outdoor Theatre, 6000 Hermann Park. For information, call 832-487-7102 or visit MillerOutdoorTheatre.com. Lawn seating is free, but free seated tickets should be reserved in advance online.

For more on the Community Music Center of Houston, visit CMCHouston.org
For more on Philadelphia International, visit SoundofPhiladelphia.com
KEEP THE HOUSTON PRESS FREE... Since we started the Houston Press, it has been defined as the free, independent voice of Houston, and we'd like to keep it that way. With local media under siege, it's more important than ever for us to rally support behind funding our local journalism. You can help by participating in our "I Support" program, allowing us to keep offering readers access to our incisive coverage of local news, food and culture with no paywalls.
Make a one-time donation today for as little as $1.