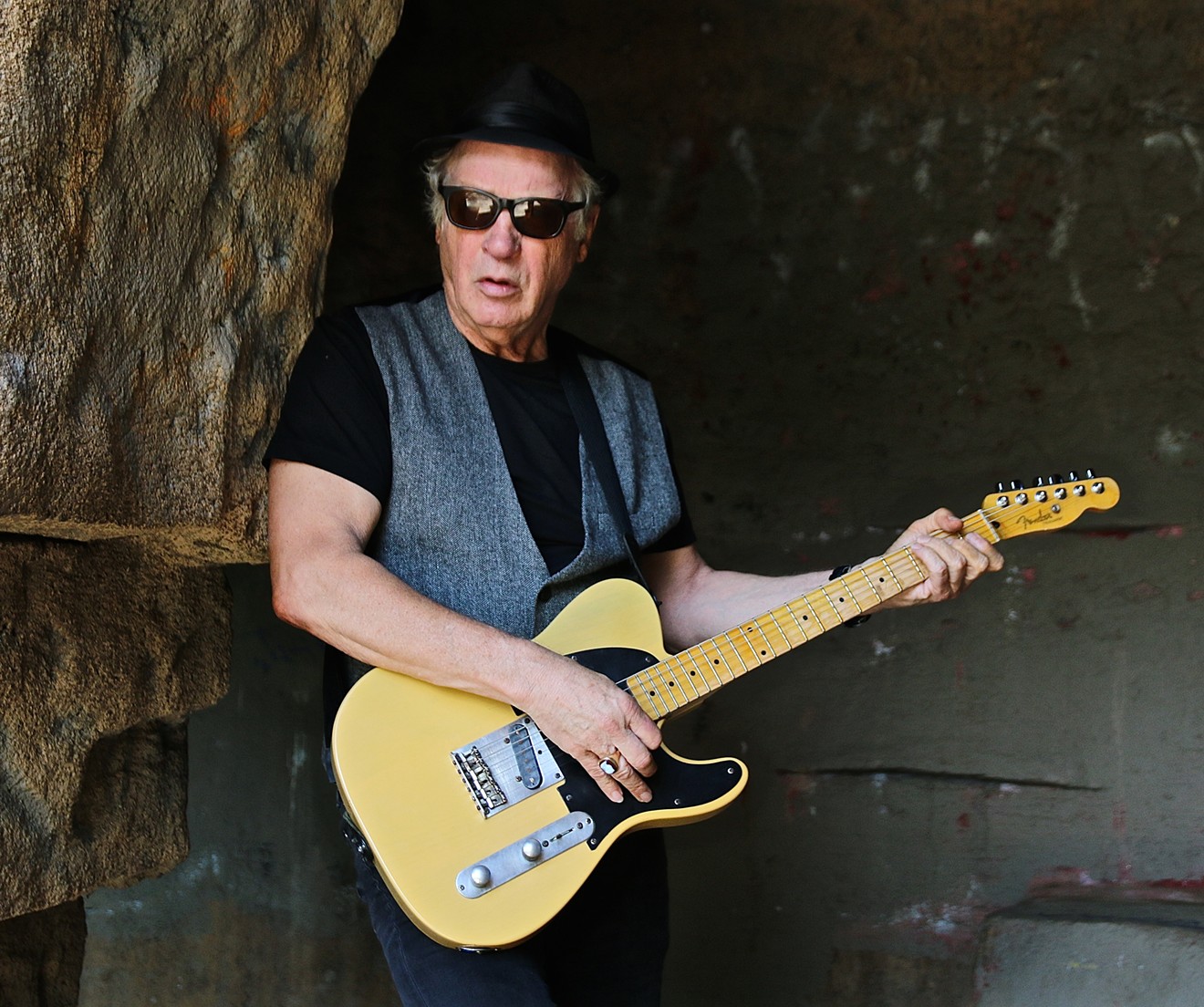 Tommy Tutone is still calling Jenny...but just once a day. Photo by Rob Nagy
It’s a pretty sure bet that the Houston Fire Department would frown upon lighting fire to a bunch of wood on the stages of the Cactus Records and the Mucky Duck just to create atmosphere for a musical performance. But that’s what singer/guitarist Tommy Tutone wants to do – at least in his mind – when he visits the city on August 22 with two solo acoustic efforts.

“A lot of my songs are like campfire songs with people singing along. A lot of them are too corny to put on a record, but audiences like them,” he says. “I get everybody involved, and I try and really pretend that I’m singing at a barbecue. I’m this dramatic actor during the song and a folksy talking guy in between.”

Tutone will be performing songs from his catalog, some covers, and material off his new record, Beautiful Ending. “I just like to sing for people. I’m very proud of myself. I’m a shy egomaniac! And I just come alive in a listening room, and that’s what I’m trying to do with these solo acoustic shows. And I haven’t played much solo acoustic before, except when I did bad Jerry Lee Lewis country covers.”


On Beautiful Ending, the subjects run the gamut from romantic relationships (“Don't Make Me Say Goodbye,” “Secret Love”), humor (“Devil’s Daughter,” “Tip On Out”), and tunes that could practically be mini-movies (“Lily of the West,” “Sylvia”).

Of the title track, Tutone says it’s centered around a line his real-life wife once told him: “I forget what we were fighting about.” “It’s about belief in the future of a relationship. I’m really proud of that song. I didn’t realize how good it was until I started performing it. I think it’s one of the best things I’ve ever written,” he says.

Another tune, “Oh Glory,” was inspired by the area surrounding the Cumberland River near his home in Nashville, Tennessee. “There were just spirits all around. And it’s where they stored the Indians for a while during the Trail of Tears, dragging the Seminole from Florida to Oklahoma,” he says. “And there were Civil War battles there. I don’t do patriotic songs – not the jingoist type – but there is a place for glory. And like the song says, you’ve got to find a place to take your stand.”

Tommy Tutone calls his current music "Nu-Wave Americana."
Photo by Rob Nagy
Finally, there’s an offbeat cover of the Jim Croce tune “Operator,” which he first played on a dare from his big sister at a family Christmas party a few years ago. “There’s a whole series of covers we play. I always say this one is the Clash playing Jim Croce. The guitar picking parts are the strongest part of the original song. But I just threw that out completely!” he laughs.

Of course, that’s not the most famous “phone song” in Tutone’s repertoire. That would belong to his biggest hit and the one that’s likely to be mentioned in the first line of his obituary.

But like Alice Cooper, “Tommy Tutone” was actually the name of the entire band that was led by singer/guitarist Tommy Heath and lead guitarist Jim Keller. Once onstage, the self-described “shy guy” Heath morphed into “Tommy Tutone,” this “different guy” with a rock and roll persona.

The song also caused an awful lot of people to have to change their phone numbers all over the country when hundreds of calls would come at all hours of the day and night. Of course, the majority were from teenage boys asking for the “Jenny” whose name and number were written on the bathroom wall advertising “a good time” in the lyrics. For most callers, it was a joke. For others – not!

Over the years, Tutone and Keller have given various versions of the song’s background in interviews, often maintaining there was a “real” Jenny with the number. But Alex Call – who wrote the song with Keller – insists that’s just fiction for a good story, and that he came up with the title number and name while penning the lyrics in his backyard.


“We were just having fun. It was kind of sing-songy, and I wanted to inject some sort of soul into it. We had already made two albums and were looking for a hit,” Tutone says. “I didn’t think it would be anything special when we put it out, but there is some sort of magic in that combination of numbers. I can’t figure out what it is, but it seems to be unforgettable. It’s a fun song to play and I still enjoy playing it…but just once a day!”

Tutone adds that he’s always loved phone songs like Wilson Pickett’s “634-5789.” And as a joke to record company execs anxious for another hit in the same vein as “867-5309/Jenny,” he wrote the sequel song “Jenny’s Got the Blues” about the original Jenny’s daughter leaving town and calling her dad on the phone. Tutone says the execs then accused him of copying himself and running out of ideas.

“I’m retiring from the ‘80s and just trying to move on. People ask me what kind of music I play, and first I came up with ‘Soul Twang.’ But now I call in ‘Nu-Wave Americana,’” Tutone sums up. “I’m actually become more of a story actor. I get into these things and act them out. It’s me in those songs.”

He will also have a free in-store performance and record signing that day at 5:30 p.m. at Cactus Music, 2110 Portsmouth. For information, call 713-526-9272 or visit CactusMusicTx.com
KEEP THE HOUSTON PRESS FREE... Since we started the Houston Press, it has been defined as the free, independent voice of Houston, and we'd like to keep it that way. With local media under siege, it's more important than ever for us to rally support behind funding our local journalism. You can help by participating in our "I Support" program, allowing us to keep offering readers access to our incisive coverage of local news, food and culture with no paywalls.
Make a one-time donation today for as little as $1.