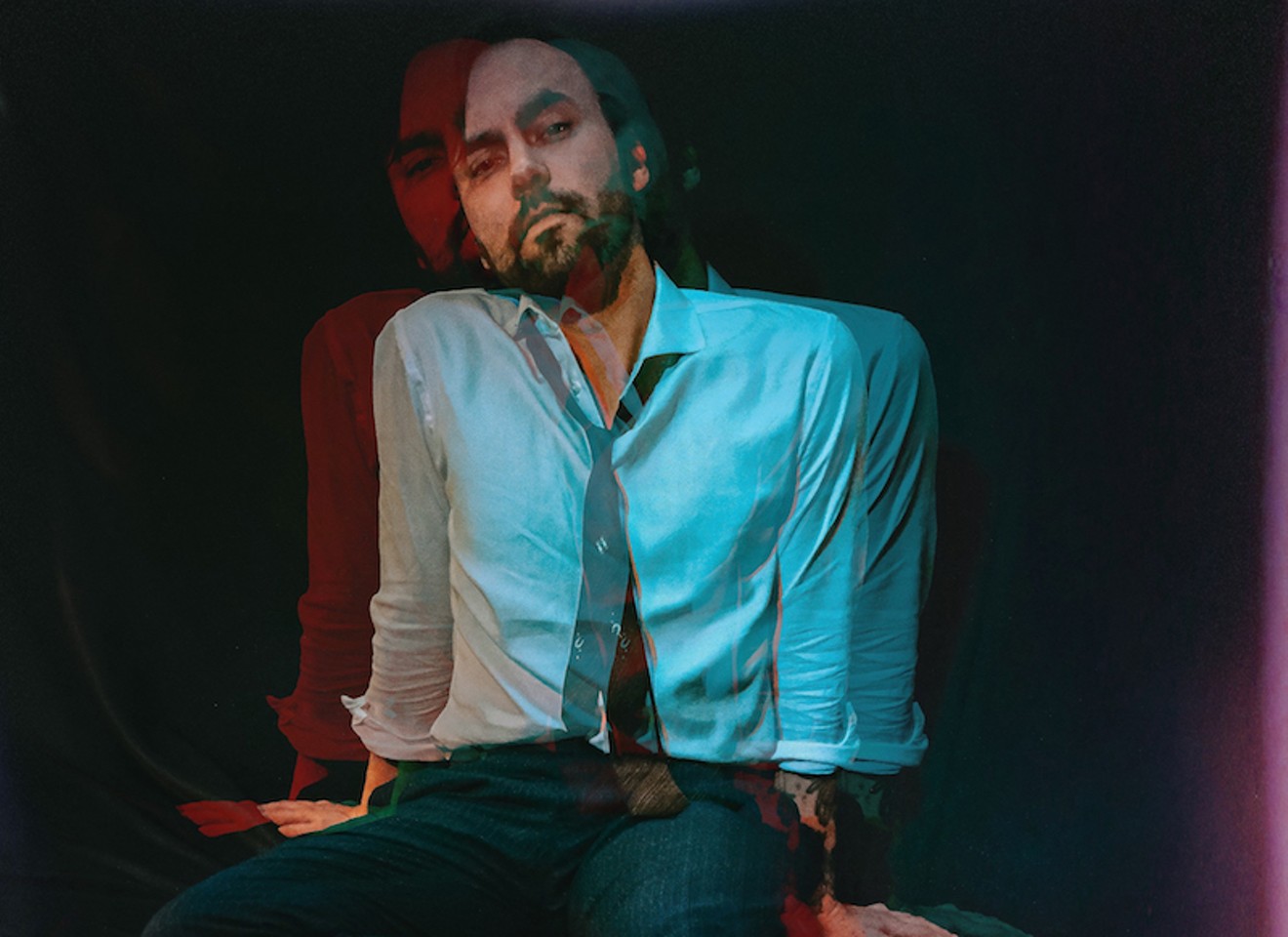 For artists, their first album can be what launches them into the spotlight, be completely forgotten or land somewhere in between those two extremes. For Austin’s Alejandro Rose-Garcia, known as Shakey Graves, his first album Roll The Bones gradually snowballed him into a wider fan-base which has only continued to grow.

Originally released in 2011 on Bandcamp and on homemade CDs that were hand decorated and spray painted by Rose-Garcia himself, an approach which earned him some helpful user feedback about how Texas summers, spray paint and car CD players don’t mix, Roll the Bones is getting the release it deserves ten years later.

Roll The Bones X, released in April of this year on Dualtone Records, includes the original and unedited album along with a second disc of Odds And Ends including unreleased early material and demos. The album also contained hand written stories behind the songs and personal photos of the artist.

Shakey Graves will be returning to Houston on Saturday, June 19 to perform with Sir Woman at White Oak Music Hall. “It’s been a journey,” says Rose-Garcia of his career from his home in Austin before he and his newly formed band hit the road for an exciting tour that will keep them busy throughout the summer.

“That record was my first thing anyway, no matter what and it will always be that which is really sweet and it just makes me happy that even circling back around, it still holds water,” he says of Roll The Bones X, whose release will see the album available on streaming platforms for the first time.

When asked about how he digests the growth of his first album which took him from being a DIY stage name with little to no known history to winning a 2015 Emerging Americana Artist award and playing festivals across the globe and most recently a billboard in Time Square, Rose-Garcia likens it to a frog in boiling water.

“It turned up at a rate that I guess I'm pretty comfortable with at this point. Looking at the ten years since that came out until today, there have just been so many intense moments and changes. It couldn't have come out at a more interesting time for retrospect, in the middle or towards what feels like the end of this pandemic and super intense milestone in everyone's life.”

As an artist who grew his fan base as a one man band using a mysterious name and stomping on a suitcase as a drum kit to a beloved household name and recipient of his own day in his hometown known as “Shakey Graves Day” which takes place on February 9 and a day which he uses to make his music accessible to everyone for 72 hours on Bandcamp.

Throughout the pandemic, Rose-Garcia has shed light on the backstory to his career and sound with his documentary series, Hello Gorgeous. Realizing that not many people knew his story, he decided to begin filming his tour in January 2020, unknowingly capturing a rare moment in time.

“It ended up actually being a little time capsule of the last tour before everything shut down and then coincidentally since then I’ve separated from the people in that band who I've worked with for years but we just had sort of a reset. That was crazy, I didn't even realize that that was what I was making at the time so I’m really glad that I felt compelled to do that.”

During the pandemic, instead of sitting on the footage he decided to release it, taking fans inside his home studio, band dynamics and history and the music which was later released as their EP, Look Alive. Hello Gorgeous was awarded the Best Online Series in 2020 by The Austin Chronicle for its three-episode run.

Hello Gorgeous shows off Rose-Garcia's sense of humor and knack for story telling.  It also serves as a soft reminder that not only is he a musician, but also an actor.  In his younger days, Rose-Garcia starred in Friday Night Lights and Spy Kids.  Last year he acted in The Get Together, available for streaming now.

When asked if fans can expect another season Rose-Garcia says, “I was just figuring that out. I hope so, I really do because it would be kind of stupid not to tell the follow up. Now I need to make an episode about what happens next. If it was a movie, the plot got thicker.”

"If it was a movie, the plot got thicker.”

Thicker indeed as Rose-Garcia formed a new band and took them into the studio to record a new album which he is currently in the process of “mad scientisting” hours and hours of recordings together.

He and his new six piece band — quite a change from his solo days with a suitcase — not only recorded his new album, but will also be going on tour together for the first time to play these unreleased songs live.

“It’s a big band and I have no idea what's going to happen and I couldn't be more excited about that because I’ve had a lot of planning and having things go sideways. I’m nervous and I'm excited,” he says.

“It's music, it’s supposed to be a transference of joy to a certain degree and in that sense I get to go on a basically extended sleep over road trip with these six great people and I’m really excited about that. Then on the plus side, we get to play music and we have all this new stuff so I think there’s going to be a lot of joy and experimentation.”

Shakey Graves will perform with opener Sir Woman at 7 p.m. on Saturday, June 19 at White Oak Music Hall, 2915 N. Main.  $35.
KEEP THE HOUSTON PRESS FREE... Since we started the Houston Press, it has been defined as the free, independent voice of Houston, and we'd like to keep it that way. With local media under siege, it's more important than ever for us to rally support behind funding our local journalism. You can help by participating in our "I Support" program, allowing us to keep offering readers access to our incisive coverage of local news, food and culture with no paywalls.
Make a one-time donation today for as little as $1.