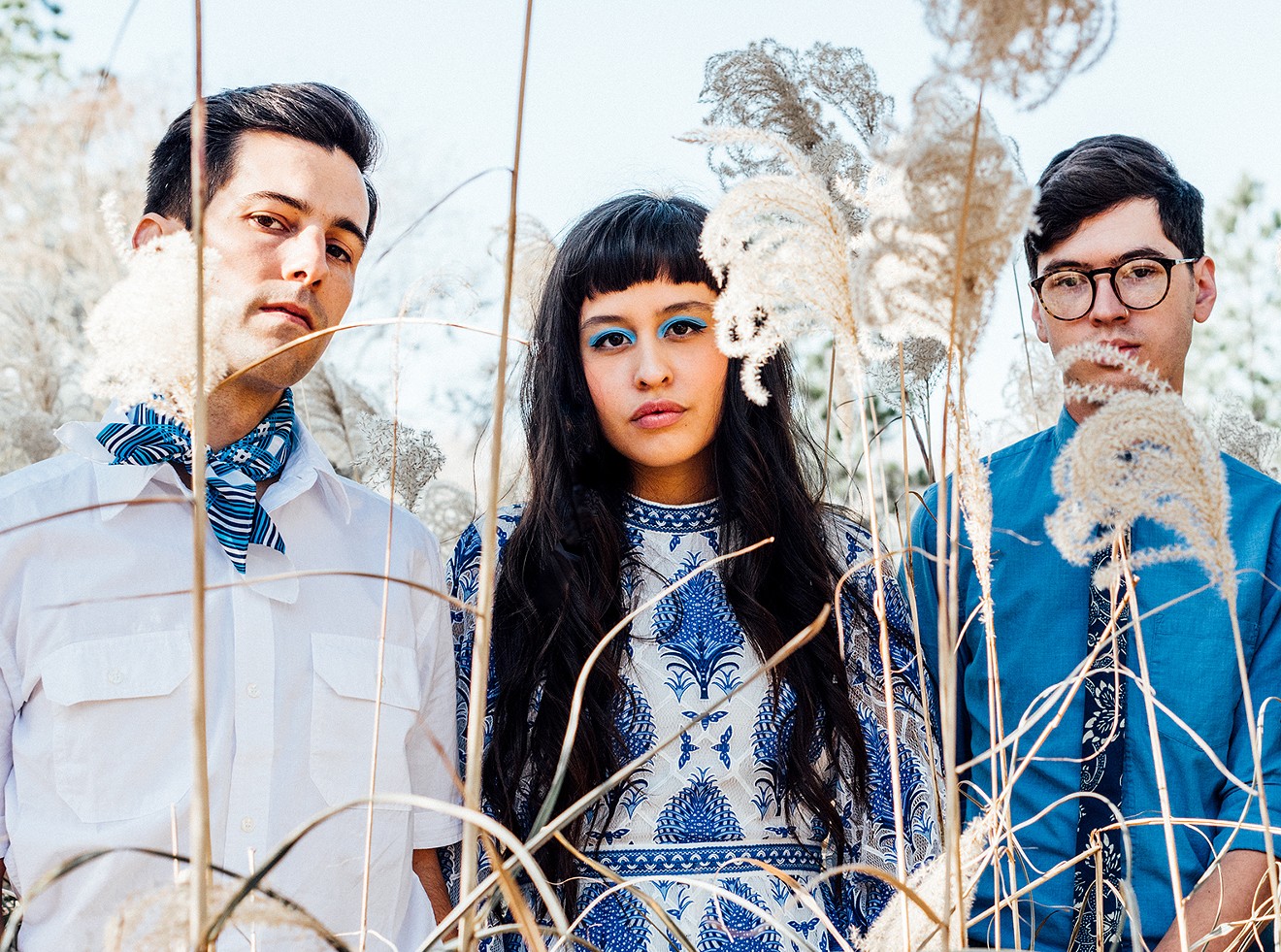 Wild Moccasins Photo by Arturo Olmos
“If we hadn’t broken up, the band probably would have.”

When it comes to her relationship with Cody Swann, Zahira Gutierrez doesn’t mince her words. But neither did Swann, which is why the former romantic partners were able to continue being band mates.

“It kind of gave the band and our songwriting new life,” Gutierrez said in a recent interview with the Houston Press. “These songs were harder to write, but they’re easier to perform.”

During their breakup, Gutierrez and Swann wrote to each other. They hashed out their feelings through letters, text messages and emails that eventually became the lyrics to Wild Moccasins’ third studio album, Look Together.

“It was extremely therapeutic for both us of,” Gutierrez said of the process. “It helped us become better writers and collaborators in the end.”

The band’s first proper release in four years, Look Together gave listeners a candid look into the couple’s stream of consciousness during a tumultuous time in their lives. Wild Moccasins plan to release a full remix of the album in late April.

“We were able to get some people we’ve looked up to for a really long time to do remixes of our songs,” Gutierrez said. “We started off with a few songs then got really ambitious.”

The record’s 12 tracks are being remixed by the likes of Atlanta inde-pop duo Dega and Los Angeles disco act Deluxe. Some of the tracks will even have an EDM feel, a genre previously unexplored for the brand.

“I would never write a song that sounds like that,” Gutierrez said with a laugh, “so it’s interesting to hear my vocal with it.”

In the ten years that they’ve been a band, Wild Moccasins have witnessed quite a bit: the closure of an iconic music hall, the rise and fall of a few local festivals and the openings of quite a few new venues. Through it all, Gutierrez feels that the Houston music scene has gotten stronger.

“There are some really interesting artists coming up that are super inspiring that have a confidence that maybe I didn’t have when I was younger,” she said. Some of those bands have asked her for advice, and she’s told them to trust their gut. If it doesn’t feel right, don’t do it. And if it does, put everything you’ve got into it.

“The music industry is mostly about timing and luck,” Gutierrez said. “You have to stay true to yourself because, at the end of the day, all you have is the art that you make and the name you put behind it, which is yours.”

And Gutierrez is very proud of her work.

Wild Moccasins, Dega and TC Superstar are scheduled to perform at 7 p.m. on January 20 at Satellite Bar 6922 Harrisburg. For information, call 713-425-6669 or visit satellitehtx.com, $10-$15.
KEEP THE HOUSTON PRESS FREE... Since we started the Houston Press, it has been defined as the free, independent voice of Houston, and we'd like to keep it that way. With local media under siege, it's more important than ever for us to rally support behind funding our local journalism. You can help by participating in our "I Support" program, allowing us to keep offering readers access to our incisive coverage of local news, food and culture with no paywalls.
Make a one-time donation today for as little as $1.