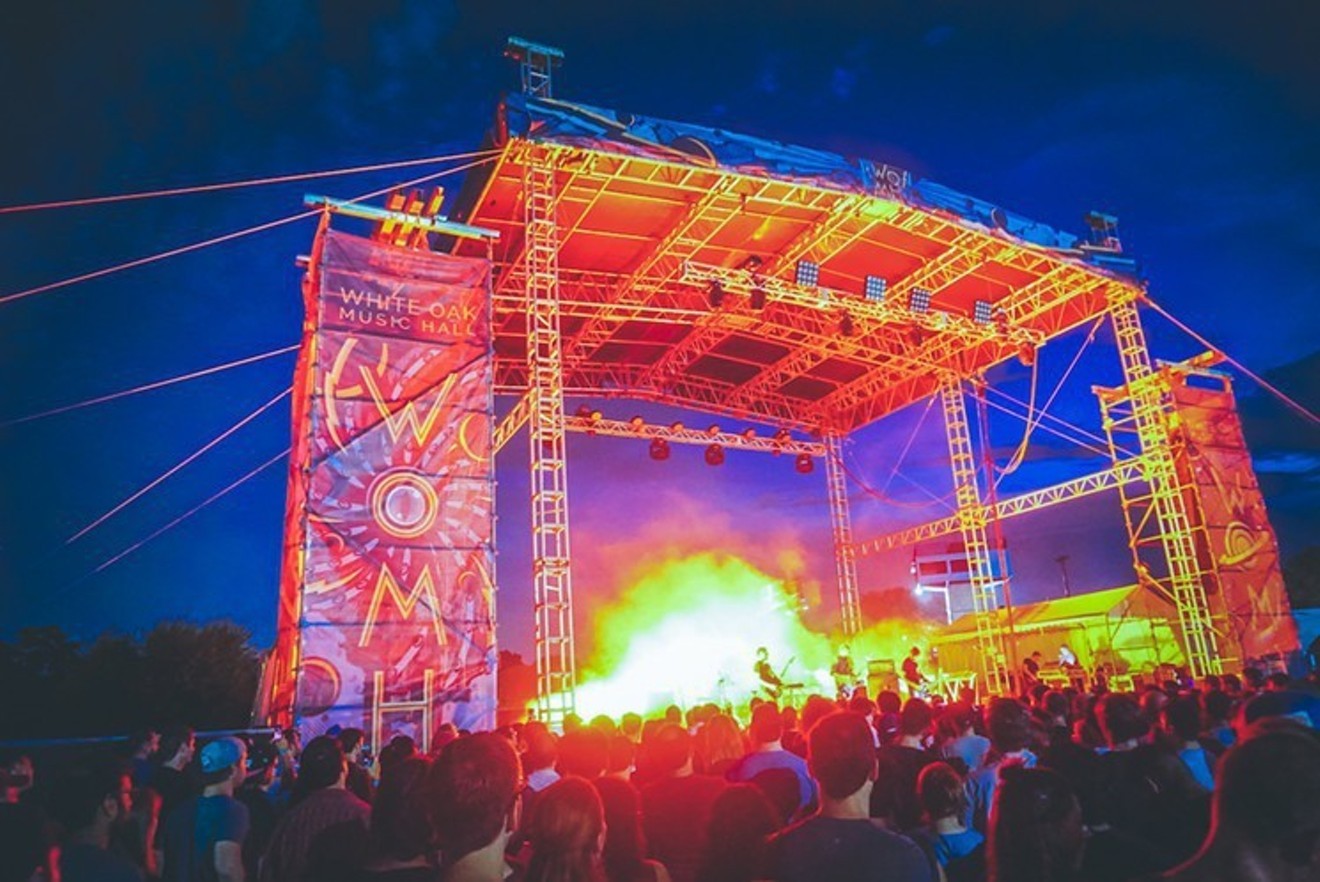 The Lawn at White Oak Music Hall Photo by Marco Torres
Well that was quite a cold front, wasn’t it? Personally, I welcome the return of the warmer weather. But I’ll admit that lower temperatures helped it feel a bit more like Christmastime, even if they made me not want to leave the house. A new year is upon us, and with it we hope you’ve all made a resolution to see more live music in 2022. Keep scrolling to see what’s on tap through the weekend.
Beetle
Continental Club – 01.06
For the better part of two decades, Beetle has been a mainstay at the Continental Club. The award-winning quartet – which played its first show in 2002 – will be the first to admit that Beetle gigs haven’t always been as impressive as they are now. But humble beginnings gave way to one of Houston’s most beloved cover bands, and fans can watch the celebrated outfit perform at the Continental Club tomorrow night. Cover is just $10.
John Evans
McGonigel’s Mucky Duck – 01.06
John Evans is an award-winning producer, having delivered records for the likes of Jason James, Ashley Monical, Jesse Dayton and Emily Bell. But his talents don’t stop there, because Evans has also written more than 400 songs himself, oftentimes working with fellow native Texan Hayes Carll. This Thursday, fans can hear him sing “Polyester” in person at McGonigel’s Mucky Duck. Only a handful of tickets are left, and the performance will also be live-streamed.
Mother Mother
White Oak Music Hall – 01.07
Canadian alt-rockers Mother Mother made the most of the last year and a half. The band has been around for the better part of 20 years, but they recently reached a new audience via TikTok, where they went viral ahead of the release of their eighth record Inside. On tour in support of their latest record, Mother Mother will visit White Oak Music Hall on Friday night. Supported by DYLYN.
TWRP
White Oak Music Hall – 01.09
Formerly Tupper Ware Remix Party, TWRP – pronounced twerp – is a funk/synthwave quartet formed in the late 2000s. For the past decade and a half, the group has been entertaining fans with its fictional backstory – which involves front man Doctor Sung finding his band mates through time travel – and its music, which is described as “the sound of the future as imagined in the 1980s.” Stranger Things fans shouldn’t miss their performance at White Oak Music Hall this Sunday.
KEEP THE HOUSTON PRESS FREE... Since we started the Houston Press, it has been defined as the free, independent voice of Houston, and we'd like to keep it that way. With local media under siege, it's more important than ever for us to rally support behind funding our local journalism. You can help by participating in our "I Support" program, allowing us to keep offering readers access to our incisive coverage of local news, food and culture with no paywalls.
Make a one-time donation today for as little as $1.