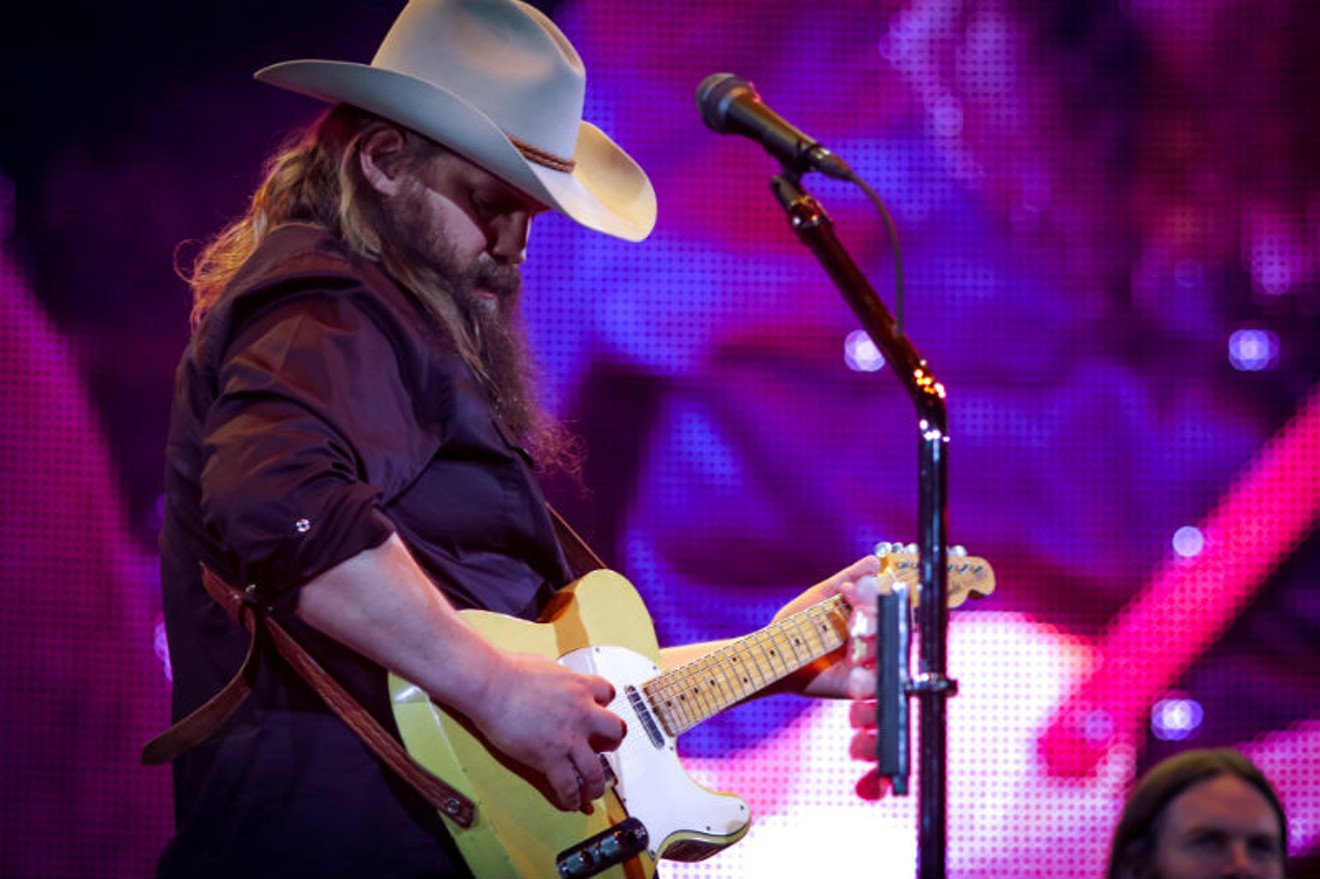 Chris Stapleton at RodeoHouston in 2019 Photo by Marco Torres
Sadly, this year's Houston Livestock Show and Rodeo is almost over. After two years of waiting, this has to feel like the shortest season yet. So if you haven't yet made it to the fairgrounds, consider this your last suggestion to put on some cowboy boots and go enjoy some funnel cake. But don't worry — if RodeoHouston isn't your thing, there are plenty of other concerts happening elsewhere in the city too. Keep scrolling to see what's on tap.
Chris Stapleton
NRG Stadium - 03.17
Chris Stapleton has been a household name since 2015. Before his solo success, he was a member of the bluegrass group the Steeldrivers - a lesser-known but celebrated outfit in the right circles. His latest release, 2020's Starting Over, boasted a single that reached diamond certification, or more than 10 million units sold. Making his second RodeoHouston appearance, Stapleton will perform at NRG Stadium on Thursday night.
The Maine
White Oak Music Hall - 03.20
Arizona rockers The Maine have been described as alternative rock, pop punk and even emo. Since 2007, the group has explored many sounds, bending genres and bucking expectations while keeping longtime fans happy with their output. Their eighth studio album, XOXO: From Love And Anxiety In Real Time, was well received by both fans and critics. Fans can expect to hear both some oldies and new cuts at White Oak Music Hall on Sunday.
George Strait
NRG Stadium - 03.20
Two years ago, King George graced RodeoHouston with an iconic, for-the-books performance - his first in six years. Well-known hits littered the set list, but Strait made time to plug his tequila and play some newer cuts as well, and the performance was so good that no one in attendance seemed to mind. This year, the king returns to celebrate HLSR's reemergence following two years of silence. Hope to see you all there on Sunday.
Jimmy Eat World
713 Music Hall - 03.22
In late 2019, Jimmy Eat World released its 10th studio album, Surviving. And although the Arizona rockers aren’t as big of a name as they were when “The Middle” and “Sweetness” launched them into the limelight nearly 20 years ago, they remain one of the best bands in the alternative/emo genre. Their latest release runs a tight 36 minutes, sporting ten tracks that sound simultaneously fresh and familiar, sating longtime fans while offering plenty for new listeners as well. Next Tuesday, the quartet will perform at 713 Music Hall.
KEEP THE HOUSTON PRESS FREE... Since we started the Houston Press, it has been defined as the free, independent voice of Houston, and we'd like to keep it that way. With local media under siege, it's more important than ever for us to rally support behind funding our local journalism. You can help by participating in our "I Support" program, allowing us to keep offering readers access to our incisive coverage of local news, food and culture with no paywalls.
Make a one-time donation today for as little as $1.