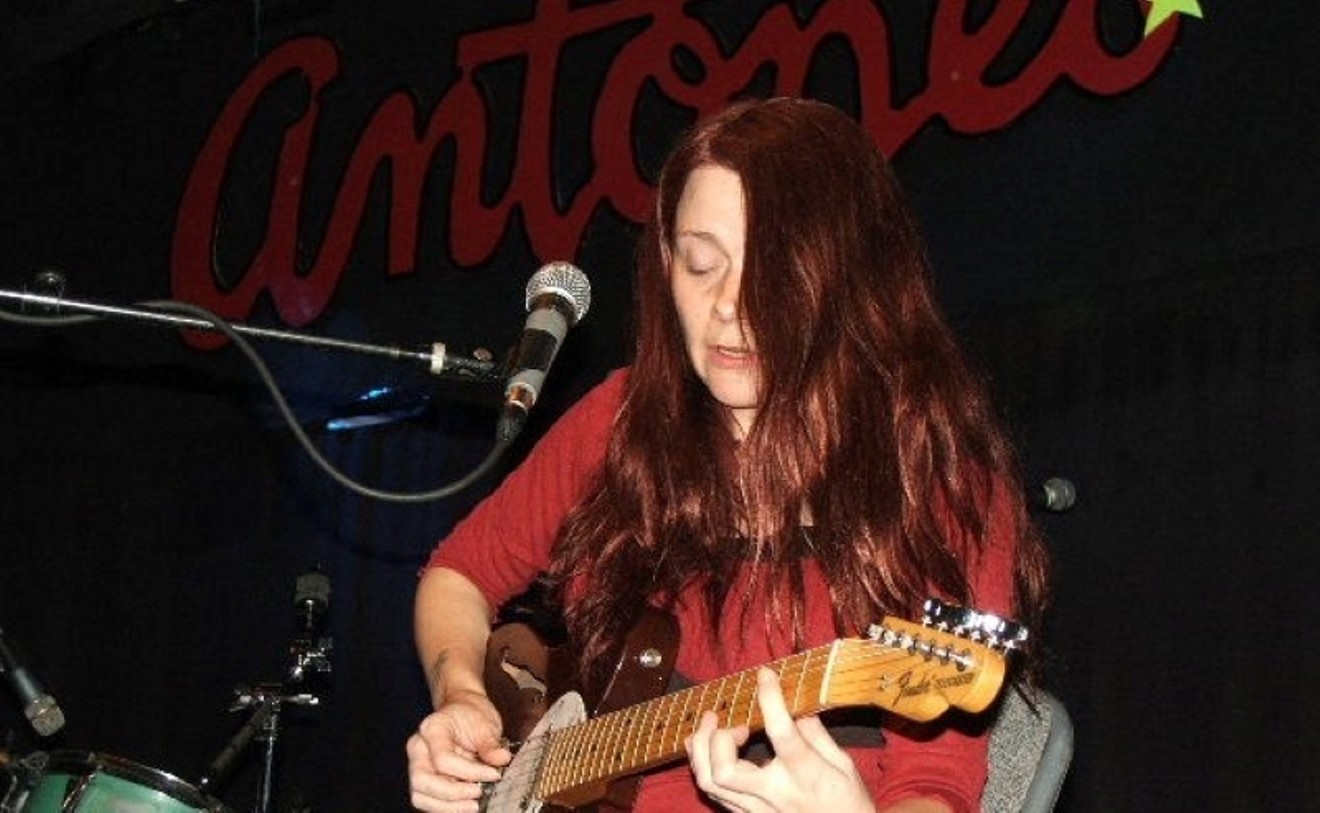 Carolyn Wonderland will join Marcia Ball and Shelley King for a holiday-themed concert at the Heights Theater on Wednesday. Shows from DJ Diesel, Ian Moore, and Shawn Colvin are also on tap this week. Photo by Ron Baker. Creative Commons.
After some initial reluctance, Dolly Parton accepted her place in the Rock and Roll Hall of Fame, situated between (alphabetically speaking) Parliament-Funkadelic and Pearl Jam. What hath the Hall wrought? Now Parton is planning a rock and roll album, one that will include songs by the Rolling Stones (“Satisfaction”), Led Zeppelin (“Stairway to Heaven”), and Lynyrd Skynyrd (“Freebird”). With visions of Pat Boone’s endearingly goofy 1997 heavy metal album dancing in my head, I must put myself firmly in the “skeptical” column. Don’t say that you weren’t warned!

But hey, Dolly, you do you. Considering that she has donated millions of dollars in the past couple of years to COVID vaccination research and inner-city revitalization, she’s OK in my book. Not to mention that she changed the name of an attraction at Dollywood from “Dixie Stampede” to “Dolly Parton’s Stampede” when she belatedly became aware that the former name was offensive to many people. Explaining her decision, Parton said, "As soon as you realize that something is a problem, you should fix it. Don’t be a dumbass.” Words to live by, indeed.
If you feel the need for some nontraditional (the best kind) holiday cheer, head for the Heights Theater and “Home for the Holidays,” a concert featuring Marcia Ball, Carolyn Wonderland, and Shelley King. This Texan trio will present a variety of holly-jolly music tonight, mercifully sparing us from another sappy, sugary Christmas show that requires a hit of insulin at the door.
Though he is now a business tycoon, pitchman, and restaurateur, it’s easy to forget that NBA legend Shaquille O’Neal used to rock the wheels of steel, starting during his time at LSU and continuing into the beginning of his professional basketball career. In recent years, Shaq has taken a deep dive back into the world of electronic dance music, performing under the name of DJ Diesel. Shaq’s Bass All Stars tour will stop at Rise Rooftop on Friday, with Kill the Noise, GG Magree, and Soltan filling out the bill. You can count on the bass being dropped, repeatedly and frequently.
Texas musical treasure Ian Moore, will be at the Mucky Duck on Saturday. While Moore is primarily known as a ferocious electric guitarist, this time around he is bringing an acoustic Christmas show to Houston. Bukka Allen and Warren Hood from Austin will also be along for the ride. As is the case with the "Home for the Holidays" concert mentioned earlier, the musicianship will be first-rate, presenting a fine alternative to the cliched, uninspired holiday performances that plague this time of year.  There is good stuff out there, but you have to look for it.
Shawn Colvin burst onto the singer-songwriter scene in 1989 with her album Steady On, which won a Grammy Award for Best Contemporary Folk Album. Three decades later, Colvin has returned to her major label debut with a new recording of all the Steady On songs distilled to their essence, performed with just vocals and guitar. Colvin will play the stripped-down version of the album in its entirety on Sunday at the Heights Theater, with Shannon McNally opening.
KEEP THE HOUSTON PRESS FREE... Since we started the Houston Press, it has been defined as the free, independent voice of Houston, and we'd like to keep it that way. With local media under siege, it's more important than ever for us to rally support behind funding our local journalism. You can help by participating in our "I Support" program, allowing us to keep offering readers access to our incisive coverage of local news, food and culture with no paywalls.
Make a one-time donation today for as little as $1.