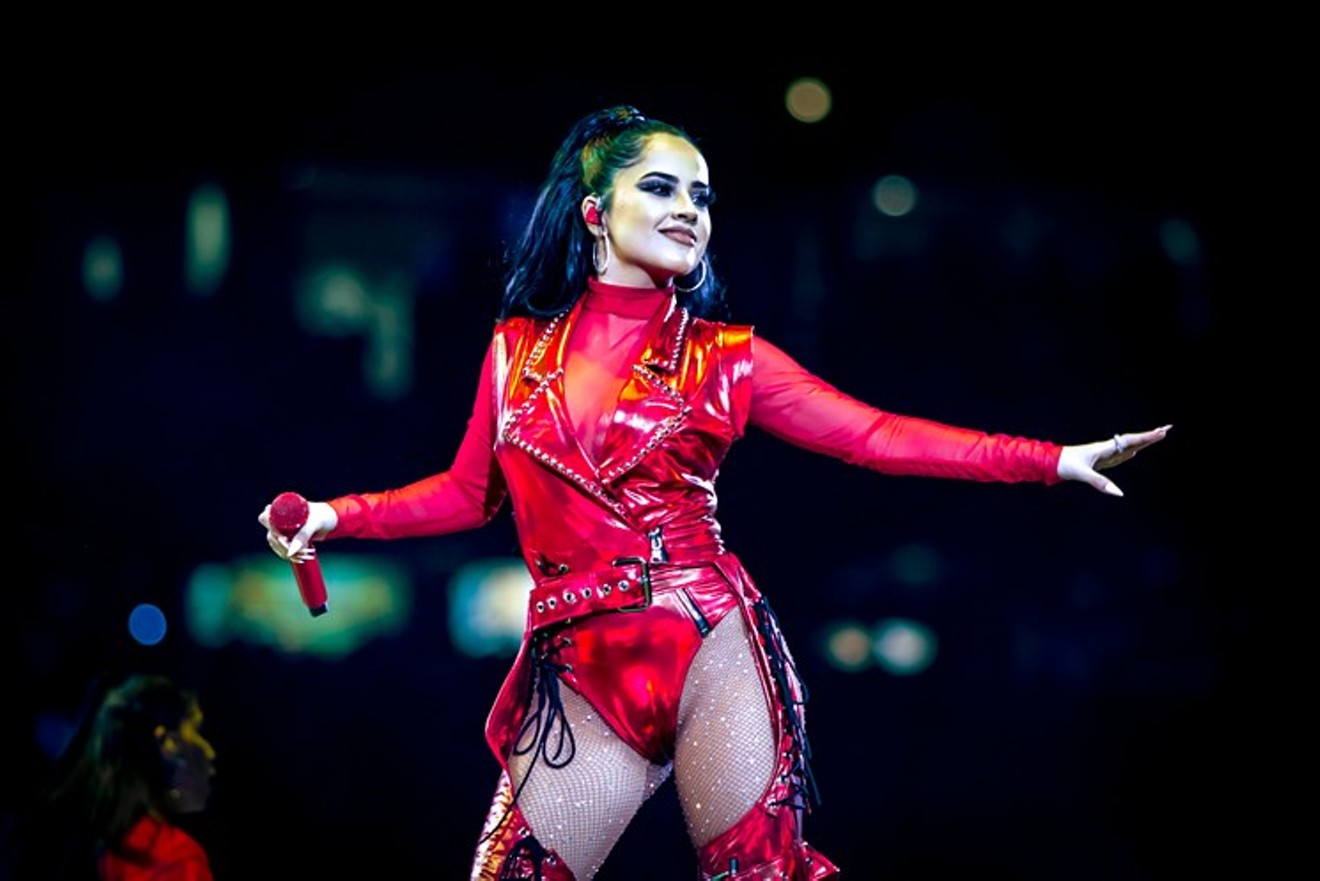 Becky G at RodeoHouston on March 5, 2020. Photo by Marco Torres
Yesterday, the Minnesota Vikings – a winless football team that is scheduled to play the winless Houston Texans this weekend – announced that some of its players and staff had tested positive for COVID-19. We didn’t think either team’s season could get any worse, but here we are. At press time, the game has not been canceled, but we’re awaiting an update. In the meantime, we have put together another list of streaming options for this week’s entertainment. Keep scrolling to see what’s on tap.

Grace Potter
8 p.m. CST – October 1
Most fans knew that Grace Potter & The Nocturnals weren't going to continue making music after Potter and drummer Matt Burr finalized their divorce in 2017. But that wouldn't be the last we heard from the Vermont native, whose powerful voice has drawn favorable comparisons to the likes of Tina Turner and Janis Joplin. Free of the input of any band mates or labels, the singer-songwriter began working on some of the most intimate songs she has ever written, 11 of which were eventually compiled together for her second solo outing, Daylight. Following her first release in four years, Potter has since released a trio of singles — “We'll Be Alright,” “As The World Falls Down” and “Eachother” — since the novel coronavirus paused the music world. She performs tomorrow night alongside Aaron Lee Tasjan, Breland, Drew Holcomb, Emoni Wilkins, Jason Eskridge, Jason Isbell and Joy Oladokun.

Corey Taylor
4 p.m. CST – October 2
For a quarter century, Slipknot has represented the bitter bucolic. Birthed in Des Moines, Iowa, and fronted by Corey Taylor and his signature growl, the band has become a staple of the metal genre, with six studio albums to their name. The outspoken vocalist also heads the more alternative-leaning outfit Stone Sour – which is a bit more palatable for the casual listener – and he happens to be a decent writer as well, having penned five books including two New York Times bestsellers. Celebrating the release of his debut solo album, Taylor will live stream a concert from The Forum in Los Angeles on Friday afternoon.

The Suffers
12 p.m. CST – October 3
The Suffers are well-known for being a literal big band. Unfortunately, due to social distancing guidelines, the band's eight members were unable to physically share space for quite some time during the early days of the COVID-19 pandemic. But that didn't keep front woman Kam Franklin from bringing her fans a healthy dose of soulful vocals and encouraging lyrics every week, lifting spirits virtually while continuing to raise funds for her band. This Saturday, the entire band will live-stream a performance for Democracy Comes Alive, a one-day virtual music festival that helps attendees register to vote.

Bowling For Soup
2 p.m. CST – October 3
For more than 25 years, Texas’ own Bowling For Soup has been sharing its unique (read: smartass) take on pop-rock. A quarter century in the music business is quite the feat no matter the artist, but it’s even more impressive considering the fact that this quartet never took itself very seriously. With 10 studio albums and a Grammy nomination to their name, the Denton rock outfit has proved to be more than a flash in the pan thanks in no small part to a dedicated fanbase. See them perform this Saturday.

Becky G
5 p.m. CST – October 6
Becky G isn't even 25 yet, and she already sports quite an impressive resume. The Mexican-American singer-songwriter has collaborated with the likes of Bad Bunny and South Korean boy band BTS, and she made her RodeoHouston debut this year – just a few days before COVID-19 shut the whole thing down. She has also starred in such films as Power Rangers and made guest appearances on the hit television show Empire. See her alongside De La Ghetto, Play-N-Skillz, Sons Of Soix and Tainy next Tuesday.
KEEP THE HOUSTON PRESS FREE... Since we started the Houston Press, it has been defined as the free, independent voice of Houston, and we'd like to keep it that way. With local media under siege, it's more important than ever for us to rally support behind funding our local journalism. You can help by participating in our "I Support" program, allowing us to keep offering readers access to our incisive coverage of local news, food and culture with no paywalls.
Make a one-time donation today for as little as $1.