The Man - and the Myth - of Robert Johnson, Finally Unraveled 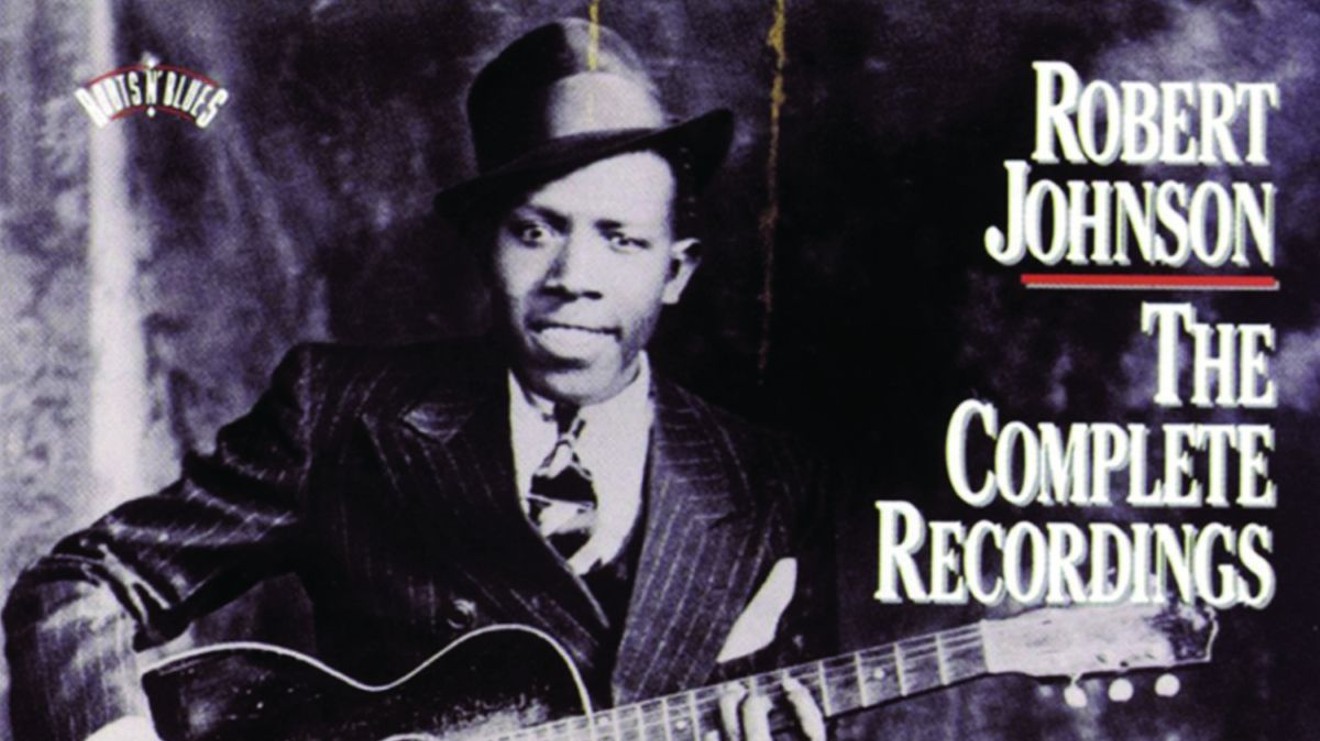 Myth is a powerful thing. Even more so when it’s a fantastical myth that has survived and thrived over generations. And it is Music Journalism Law that every piece about pioneering bluesman Robert Johnson – including this one – must include The Myth.

How Robert Johnson – an adequate blues singer and guitarist – disappeared from the area of rural Mississippi in the early 1930s and returned a much more accomplished performer of amazing skill. 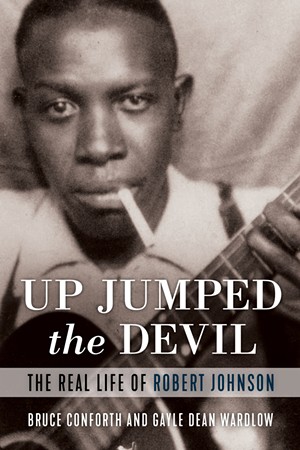 Chicago Review Press book cover
The reason? He sold his soul to Satan at a crossroads near Clarksdale to acquire said skills, but would also die a tragic young death, poisoned at the hands of a jealous husband of one of many women who fell for the sexually voracious Johnson’s charms. The Devil collecting his due early, making Johnson the original member of the 27 Club.

The Myth is the Ground Zero for everything about the mysterious Robert Johnson, inspiring not only the imaginations of white rock acolytes like Eric Clapton, Bob Dylan, Jimmy Page, and Keith Richards, but also a Ralph Macchio movie!

But a funny thing about myths is that while time has a way of polishing them, cold-eyed historical research and digging can chip away at the façade. Bruce Conforth and Gayle Dean Wardlow – who have each spent more than 50 years apiece researching and studying the life and music of Robert Johnson – have here produced the definitive and true story of his life.

The meticulous and detailed narrative here chips away at decades of misinformation, exaggerations, foggy remembrances, unsubstantiated (and repeated) claims, and authors whose work built on and amplified – often erroneously – the work of those who came before.

Conforth and Wardlow play musical detectives in this groundbreaking work, the first full-on bio of Johnson. Ever. And the pair use birth/death/marriage certificates and U.S. census records to unravel some of the facts. It seems they have also consulted everything ever written, spoken, or recorded about Johnson, mixing it all into one place.

And that seemingly magical increase in his skill? It was just practice, practice, practice, along with study of Ike Zimmerman, one of Johnson’s many musical traveling companions. And that story about Satan and the crossroads? The entire thing was derived from a single line in a ‘80s magazine profile of Johnson, attributed to fellow bluesman and Johnson mentor Son House decades after the fact, and who likely never actually said it.

When he performed “Ramblin’ On My Mind,” Johnson was singing about what he knew, as he spent much time traveling throughout the Delta – mostly Mississippi – performing wherever he could for a paying and appreciate audience: street corners, house parties, plantations, and roadside “jukes.”


By the time the ambitious Johnson has recorded at two sessions – one in San Antonio in 1936 and one in Dallas the next year – he puts down a litany of numbers that have become blues standards or reinterpreted by rock bands: “Cross Road Blues,” “Come On In My Kitchen,” “Kind Hearted Woman Blues,” “Stones in My Passway,” “Hell Hound on My Trail,” “Traveling Riverside Blues,” “Sweet Home Chicago,” and “Dust My Broom.” But during his lifetime, only “Terraplane Blues” was modest hit. His entire recorded work is just over 30 tunes.

The one part about the Myth is true – Johnson was indeed poisoned by a jealous husband whose wife he’d been sleeping with at a plantation party where he was playing in Greenwood, Mississippi in 1938.

But Conforth and Wardlow submit that it was meant only to incapacitate and injure Johnson, not kill him. What the husband did not know is that Johnson has a litany of internal organ issues that exacerbated the poison’s impact on his body, causing him to spend two days writhing in pain and vomiting blood before he finally died, no doctor or hospital nearby or available to aid an itinerant musician.

The life of Robert Johnson can, with some imagination, be summed up by the only two existing photos taken of him. One has him smiling, dressed nattily in a pinstripe suit with a hat and a guitar on his knee, on his way to his first recording session. This is the ambitious young performer ready to take on the world and show his talent. One who was actually (but unbeknownst to him at the time of his death) being sought after to play Carnegie Hall, which could have only rocketed his career.

In the second, a sullen, serious, and intent looking man in a shirt stares at the camera (which accentuates his off-kilter eyes), dangling an unlit cigarette in his mouth. This is the dangerous, experienced, and much-traveled bluesman with a steely flint. Both of these men are Robert Johnson, and both of them spring to life again in this definitive and detailed book.
KEEP THE HOUSTON PRESS FREE... Since we started the Houston Press, it has been defined as the free, independent voice of Houston, and we'd like to keep it that way. With local media under siege, it's more important than ever for us to rally support behind funding our local journalism. You can help by participating in our "I Support" program, allowing us to keep offering readers access to our incisive coverage of local news, food and culture with no paywalls.
Make a one-time donation today for as little as $1.