Why Does the Grocery Store Insist on Playing Old Music? 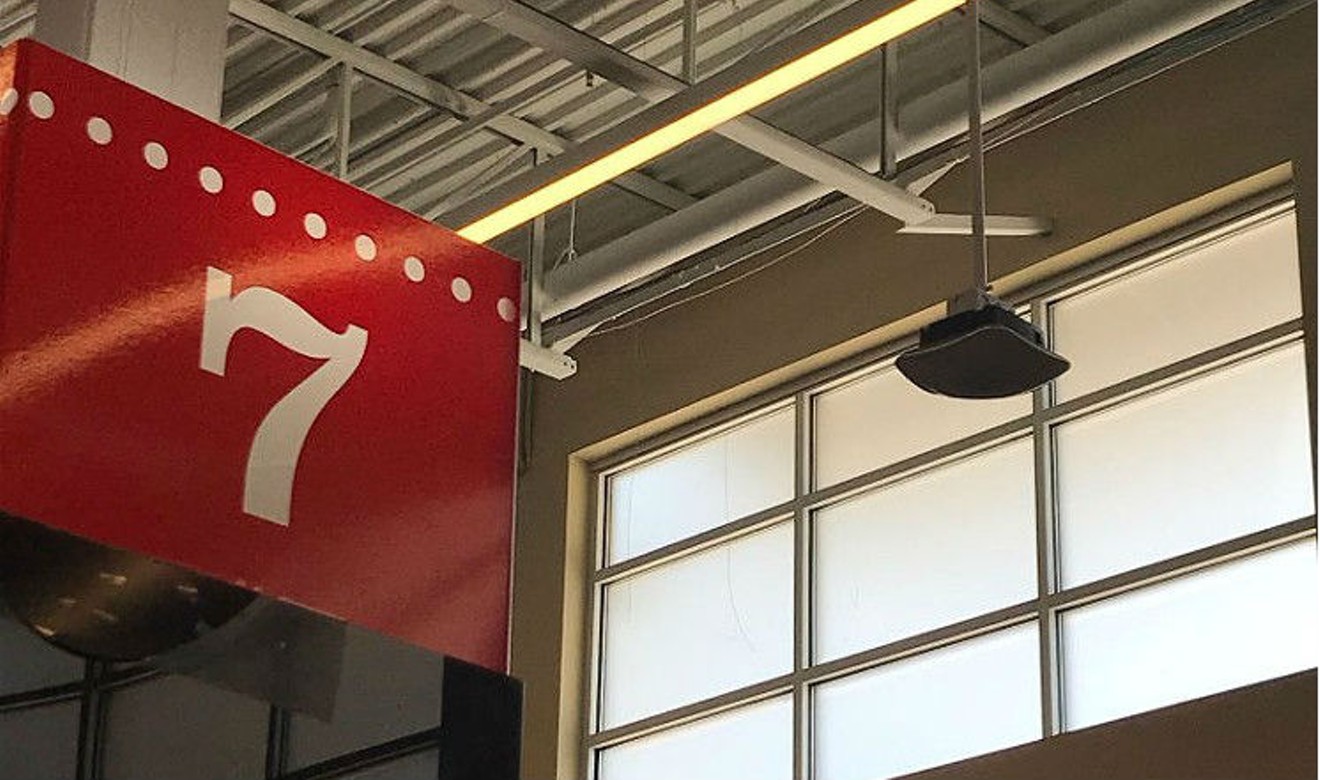 Speakers, like the one above this grocery store checkout aisle, stream oldies designed to influence your shopping habits. Photo by Jesse Sendejas Jr.
If you’re in the grocery store today, listen to the music, as the Doobie Brothers once sang. In fact, there’s a pretty good chance you’ll actually hear the Doobs singing that very song once you tune into the subtle, but important music soundtracking your shopping excursion. In an era where social media watchdogs warn how your data might be used to influence you in all sorts of sneaky ways, practically everyone we asked understands and accepts that music in grocery stores is there to control what and how much you put into your shopping cart.

“I feel like ‘50s/’60s works best for me,” wrote a respondent named Aaron. “Even at its worst, the music is safe. I can't feel confident in any of my purchases if they're made while listening to Dave Matthews.”

“1950s and 1960s,” Amanda agreed. “This kinda music makes me happy and that's what I wanna listen to while grocery shopping. Probably the only time I'd wanna feel like a ‘50s housewife, lol.”

“’80s!!! Makes me happy and happy people buy more,” Melissa explained. “Good for grocery store but not for me!”

Gary Finley spent 50 years in the grocery industry, including 32 in management with Houston’s Rice Epicurean Markets. He retired from the company as its vice president of operations, so he seemed like a great person to ask how music plays a role in grocery sales.

“I started in the grocery business as a sacker in 1966 in Winter Garden, Florida. I was in the business for 50 years. I not even sure there was music in the stores back then, I don’t remember,” he admits. “I was at Albertson’s the other day – I could not tell you if they had music playing or not. I don’t know if I just tuned out over the years.”

He’s aware of the studies, of course, and what they reveal about shopping trends and music. Psychology Today recently addressed this topic and some findings from that piece suggest red meat sales spike when the music in a store is loud. Classical music increases wine sales, according to the article. Lower the volume and produce and healthy foods pile up at the checkout.

But what is it about older music that appeals to so many shoppers?

“There are a few reasons but the most important one would be songs from that era bring up the fond memories of ‘the good old days,’" explained Orhun Oguzulgen, founder and CEO of Jukeboxy Music for Business, which provides licensed music to retailers. “When people hear songs that remind them of good memories, they feel more connected with the brand and their shopping behavior changes, in a positive way for the retailer.”


“Another reason is those songs are not only liked by the older generation, but Millennials also love them. In fact, if you go to a college campus today, you will hear classic rock more than contemporary music in the dorm rooms,” said Oguzulgen, who is also a working musician in addition to being CEO of a streaming music service. “Research shows that Millennials find songs from those decades more memorable because they grew up listening to them and they also find the artists from those decades more talented – (musicians) who wrote their own songs, played the instruments and sing at the same time. So, it only makes sense to stream music that different generations are connected to. When the right music is played shoppers unintentionally stay longer in the store, take their time in aisles and purchase more than what was in their lists.”

Oguzulgen knows the science at work here, like how uptempo music is better suited for fast food joints or bars and how mid-tempo or low-volume tunes encourage sauntering around the grocery store, which is good for sales. Even though he’s an insider to this thinking, he said he’s not immune to the power of music.

“'Don’t Stop Me Now' from Queen would definitely make my shopping experience better,” said Oguzulgen. “Can’t say for other shoppers though, I’ll be probably singing the song out loud. Hearing ‘Lost in The Supermarket’ by The Clash wouldn’t be fun when in a grocery shop. Jokes aside, hearing hip-hop in any type of retail shop makes me want to leave quickly. The reason is not I dislike the genre, but this decade’s hip-hop lyrics are not business appropriate and are usually heavily censored with either pauses or beeps which makes my ears unhappy.”

The most overt indicator that music affects the shopping experience doesn’t come from a certain time period, but from a specific genre, Finley said. It’s Christmas music.

“At times, I think, it affects the employees, too. I know personally I always enjoyed it when we turned on the Christmas music. It made me feel better, I enjoyed listening to it. Now, after a couple of weeks I pretty much tuned it out, but when we first changed to Christmas music I enjoyed it and I think most of the customers enjoyed it.”

Finley hit on an important note there. The music playing in the store is as critical to employee performance as it is to sales.

“Kroger on 11th and Shepherd played ‘Welcome to the Jungle’ a lot during the holidays,” poll respondent Gregory noted. We agreed the employees probably requested that one to steel themselves for the holiday rush. Respondent Chris suggested playlists curated by the store employees.


“Every employee gets to submit so many songs based on what they do,” he wrote. “New hires get one song, cashiers three and so on. At least then they could have a moment of escape while trying to survive this capitalist hellscape.”

Over the years, Finley might have tuned out the songs, but he said he always noticed when the music wasn’t there. Those instances were definitely not ideal for sales, he noted.

“I can tell you there were times, for whatever reason – if there was a storm – it would knock our music out. It was quiet, I mean it was just deathly quiet.”

All that deathly quiet could be deadly for sales. Too much undistracted space and time for customers to think or re-think their shopping lists or avoid those critical impulse buys.

“I like to hear ‘90s music while grocery shopping because it takes me back to the time when I didn’t have to pay for the food myself,” quipped Catherine, who answered our survey.

“I hate to grocery shop; it gives me anxiety to be around so many people, and to hear so many different noises,” said Courtney, who favors 1950s and ‘60s music, “but if I heard Dion or Ben E. King playing I’d be able to focus on that, which would make it a more enjoyable experience, lol.”
KEEP THE HOUSTON PRESS FREE... Since we started the Houston Press, it has been defined as the free, independent voice of Houston, and we'd like to keep it that way. With local media under siege, it's more important than ever for us to rally support behind funding our local journalism. You can help by participating in our "I Support" program, allowing us to keep offering readers access to our incisive coverage of local news, food and culture with no paywalls.
Make a one-time donation today for as little as $1.