Book Takes You on the Smooth Sailin' Seas of Yacht Rock 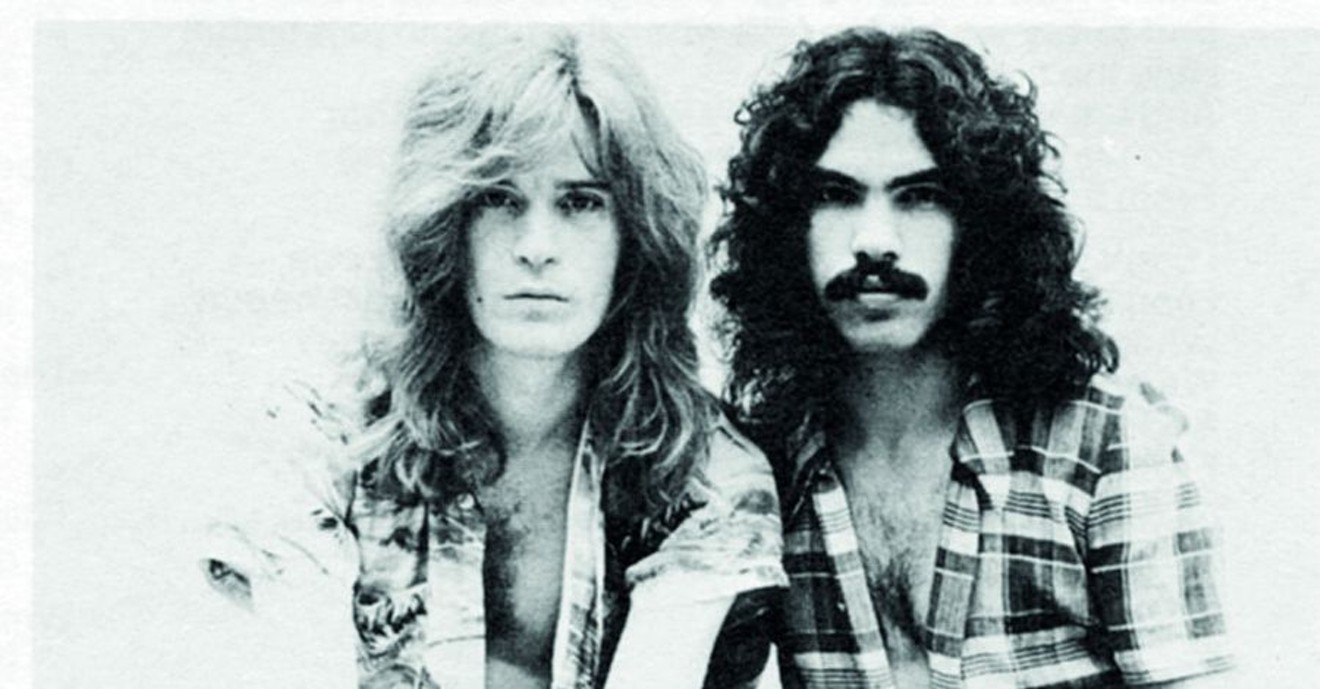 Silky smooth tunes from the exquisitely-maned Hall & Oates are requirements for any self-respecting Yacht Rock playlist. Hall reportedly hates the term while Oates sees the humor in it. Publicity photo by Bryan Hall/Courtesy of Jawbone Press
The Yacht Rock Book: The Oral History of the Soft, Smooth Sounds of the 70s and 80s
By Greg Prato
296 pp. $22.95
Jawbone Press

Of all the “retro” music movements that have seen songs and musicians gain newfound popularity decades after their initial day in the sun, Yacht Rock is the most curious – and the most fun.

Book cover courtesy of Jawbone Press
Simply put, this is the music that you’d imagine hearing while sipping a champagne cocktail and holding a bikini-clad beauty on the deck of an expensive boat. And heavy on the super smooth soft rock sounds of the ‘70s and ‘80s.

While a radio DJ is credited with coining the term in the 1980s, “Yacht Rock” gained popularity in recent years when a multi-part online comedy series of the same name went viral. It featured improv actors playing actual YR musicians in a variety of bizarre escapades that satirized their public personas.

But also more modest acts and low-hit wonders like Player (“Baby Come Back”), Orleans (“Still the One”), Seals & Crofts (“Summer Breeze”), Ambrosia (“How Much I Feel”), Looking Glass (“Brandy [You’re a Fine Girl]”) and Firefall (“You Are the Woman”). Indeed, the YR sandbox is both wide and deep. Enough to fit you, Boz Scaggs. And even you, Walter Egan (whose "Magnet and Steel" was his love ode Nicks!).

For this book, Prato spoke with dozens of YR bands, fans, and journalists tracing the history of the music from its ‘60s seeds, to prime chart-hitting heyday, to the mid-‘80s fizzling out on the charts (Matthew Wilder’s “Break My Stride” is considered one of the last gasps).


There’s also some room (though I wish there had been more) of Prato’s own observations and commentary. But he does anoint Michael McDonald and Rupert Holmes' “Escape (The Pina Colada Song)” as Yacht Rock’s defining voice and song, respectively. Overwhelmingly white, Prato also mentions "Yacht Soul" acts like George Benson and Luther Ingram.

Nuggets of trivia are dropped like diamond-encrusted anchors throughout. Like when Rupert Holmes’ original “Escape” lyric mentioned not the sweet drink that led him to the top of the charts, but instead went “If you like Humphrey Bogart…” And Christopher Cross dropping the truth bomb that “Ride Like the Wind” was written while he was tripping on acid in a car driving from Houston to Austin!

There is certainly is a kitsch factor in this music and the visuals images of the time (see: The Captain and Tennille posing with their bulldog; album covers from Orleans, Pablo Cruise, and Loggins and Messina featuring member barechested or sporting Hawaiian shirts). But Prato also makes very clear that the love for this music is hardly just ironic, as seen in the comments of members from The Yacht Rock Revue, currently one of the hottest live “tribute” acts in the country. SiriusXM radio also has a dedicated Yacht Rock Channel.

Prato does take several odd detours in the narrative – going into excessive detail about bands or artists who likely gave him the longest interviews. And he stretches coverage a bit too far of “ Rock” music that seems like page filler. But overall, it’s an insightful and fun book about a fun genre. Now excuse me while I put on a captain’s hat and blend myself a nice pina colada.