Photo by Pixabay
The year of 2018 is coming to an end, and with that is the inevitable overload of year-end lists from entertainment publications far and wide. However, rather than beat you over the head with the obviously great releases found on the hundreds of countdowns out there, the purpose of this list is to share a few of my favorites that you might have missed from this incredibly strong (and dense) year of music.

The year in indie-pop saw a host of strong releases from Mitski to Snail Mail to Kali Uchis. However, lost in the shuffle was the beautifully crafted debut from Los Angeles-based singer Miya Folick. Though Folick’s remarkably strong voice could carry the album on its own, Premonitions most notable asset is in its humanization—Folick’s ability to connect to the listener by speaking on everyday thoughts and situations of a female in 2018. Considering Premonitions marks only the beginning of Folick’s career, this is an artist that every music fan needs to keep an eye on.

For fans of: Florence & the Machine, Angel Olsen, Lorde

With the assistance of legendary Daptone producer Wayne Gordon, Montreal-based singer/songwriter/producer, Michael Rault, gifted us this past summer with a half-hour of sunshine-inducing tunes that immediately transport the listener to the times of yesteryear, when familiar influences like Big Star and Todd Rundgren ruled the rock & roll airwaves. Often times an artist’s attempt at channeling a vintage sound can go askew, yet with the fantastic songwriting throughout It’s a New Day Tonight, Rault comes across as if this is all he ever knew.

When budding R&B star, SiR, signed to Kendrick Lamar’s TDE label last year, the expectations for the Inglewood artist’s debut were at an all-time high. However, after dropping in January to a fair share of critical praise, the buzz surrounding November quickly pandered toward more Twitter-dominating projects like Kanye’s Wyoming sessions. Regardless, November makes for easily one of the most enjoyable listens of the year. In it, SiR plays off of the jazzy/neo-soul sounds established by artists like D’Angelo to form an effortless collection of modern-day R&B. If you’re looking for proof, just take a listen to “D’Evils” or the SchoolBoy Q-featured “Something Foreign,” both timeless jams that showcase SiR's natural ability for hit-making.

Now over a decade into his career, Nicolaas Jaar has solidified himself as one of the most skillful and respected talents in the world of electronic and experimental music. Also solidified in this time is his reputation for the unknown. Lucky for us, Jaar furthered this reputation this year with the surprise release of 2012-2017—an album released under the A.A.L. moniker to further curiosity. While 2016’s Sirens keyed in on Jaar’s avant-garde side, 2012-2017 finds the Chilean-American savant dusting off his sampling skills to create an hour-long compilation of traditional house tunes built for the dance floor. Whether you’re a house purist, or a newcomer looking for an entry point into the genre, you can’t go wrong with this side of Nicolas Jaar.

For Fans of: Flying Lotus, Caribou, The Avalanches 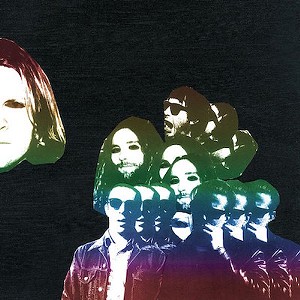 This year, Ty Segall took the word "prolific" to an entirely new meaning by somehow managing to release six albums, most notably highlighted by the epic odyssey that is Freedom's Goblin. Coming in at an hour and 14 minutes, the 19-track collection may seem a bit daunting to the everyday Spotify-sifting music listener. Yet, once you decide to dive in, what you’ll find is an exceptionally versatile album with something to offer every fan of rock & roll. Whether it’s a fuzz-infused thrasher (“She”), a T-Rex-inspired rocker (“Every 1’s a Winner”), or a beautifully catchy acoustic tune (“My Lady’s on Fire”), what Freedom's Goblin further offers is the comfort in knowing that rock & roll is far from dead.

If I were to tell you 15 years ago that an instrumental trio from Houston holed up in a barn in the 300-person town of Burton, Texas (just outside of Brenham) to make a psychedelic thai-funk album (which would go on to receive universal critical acclaim), any reasonable person would likely slap me right there. Yet in the current age of music consumption, where exploratory artists now have access to an endless variety of genres and eras of music, such an unlikely concept isn’t so unlikely anymore, and is exactly what Khruangbin have done this year with Con Todo El Mundo. The simplistic way this trio weaves guitar licks with break-beat rhythms makes for such a pleasurable and uncommon listen that you’ll quickly find yourself throwing it on repeat.

For Fans of: 1970s funk (a la Cymade, The Isley Brothers)
KEEP THE HOUSTON PRESS FREE... Since we started the Houston Press, it has been defined as the free, independent voice of Houston, and we'd like to keep it that way. With local media under siege, it's more important than ever for us to rally support behind funding our local journalism. You can help by participating in our "I Support" program, allowing us to keep offering readers access to our incisive coverage of local news, food and culture with no paywalls.
Make a one-time donation today for as little as $1.