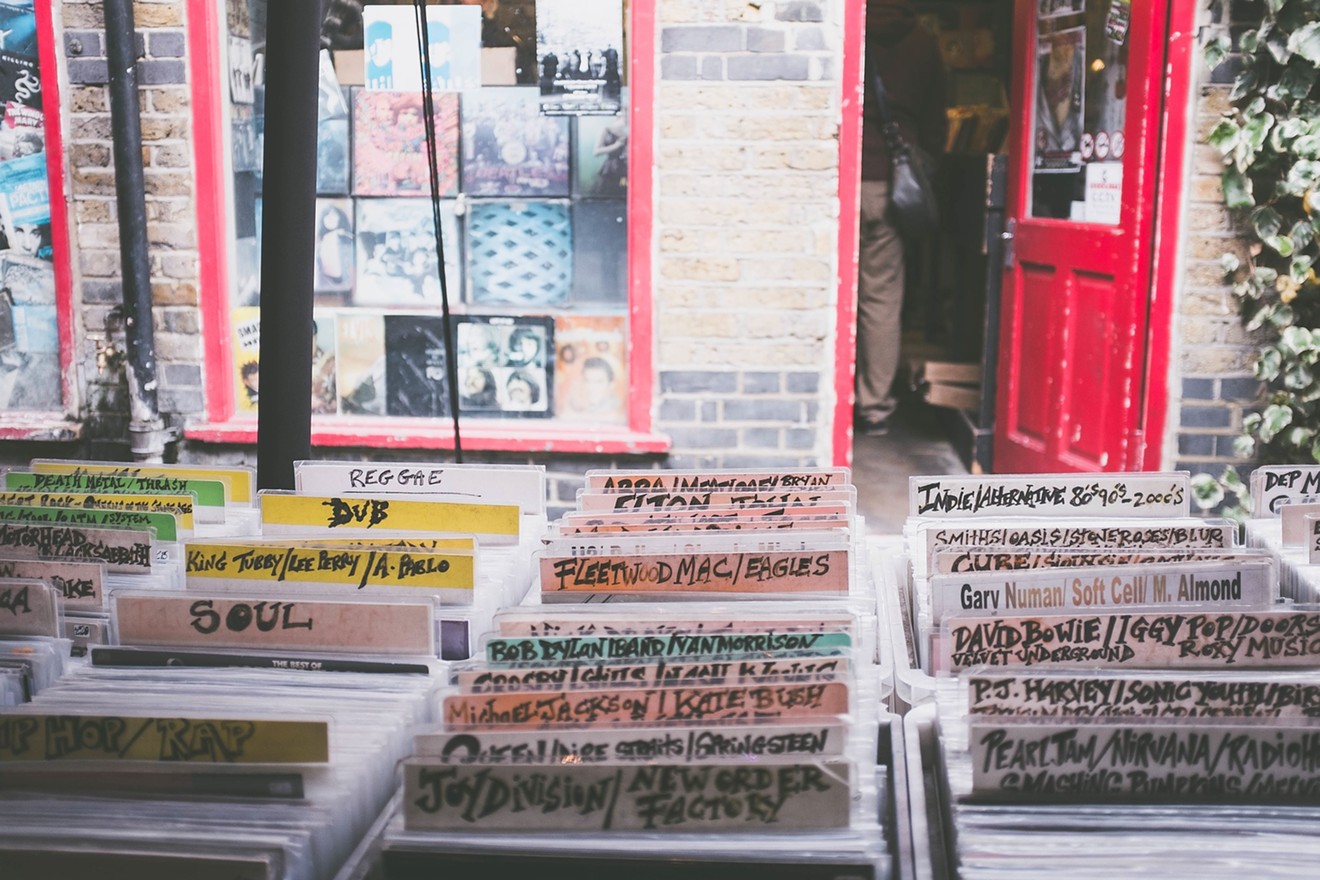 2020 sucked. The music didn't. Photo By Pixabay
It goes without saying that 2020 has been a year we’d rather forget—an endless feedback loop of disappointment and disaster. It’s further obvious that few have had a more difficult path navigating this mess than the countless number of musicians whose financial and creative livelihoods have been put on an indefinite halt, given their increasing reliance on entertaining large (and preferably jam-packed) gatherings of people.

Yet that isn’t to say these folks have merely gone dormant over the last nine months. Whether adapting to the burgeoning live stream model, shifting their financial focus to physical merchandise, or hunkering down to write and release new music all together, artists across all borders have found new ways to not only get art out into the world for their own sake, but to also provide the rest of us with plenty to cling on to as we sift through our own personal hurdles.

As DJ Koze once proclaimed, “We need to eat, we need to sleep, and we need music.” With the need as desperate as the circumstances were dreadful, musicians came through in a big way this year, with a steady abundance of A+ music being released throughout the last 12 months. As readers are likely familiar with the year’s bigger releases, the purpose of this list is to instead shed some light on a few of the less recognized albums of the year (from artists that might not be as widely known). Though not all were written and released during the pandemic per se, each choice certainly provided solace in their own way, whether through relatable lyricism, soothing instrumentation, or simply as a means of escapism.

Also, as Spotify’s pay-out model continues its assault on those in the industry not named Taylor or Drake, keep in mind that there has never been a better or more crucial time to purchase the music of those artists that mean something to you. Therefore, throughout this list, you’ll find each album hyperlinked to the store of that given artist. 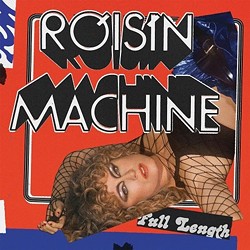 Being that we had no clubs to go to outside of whatever imaginary living room disco we managed to will into existence, 2020 certainly made for a bountiful year in dance music. While the year saw more traditional pop stars like Dua Lipa and Jessie Ware successfully veer toward music built for the club, nobody did it better than long-time dance floor connoisseur, Róisín Murphy. With the help of DJ Parrot (who produced the entirety of Machine), the Irish singer strings along 60 minutes of immaculately crafted dance tunes that alone could sequence as their own DJ mix. Channeling everything from the mid-90s disco renaissance of Kylie Minogue (see “Murphy’s Law”) to the early days of Warp Records (see “Simulation”), Machine takes you on a hedonistic journey of both fantasy and pain, reminding us all once again what’ll be awaiting us on the other side of this mess. 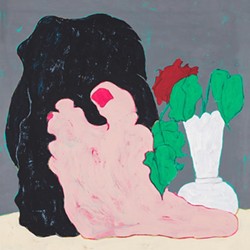 Over the course of the EP’s 5 tracks, Lisbon-based Nathan Jenkins (aka Bullion) relies on an assortment of synth pads and guitar sounds to construct a unique brand of understated electro-pop. While the meticulous placement and production of each note is a clear standout, it’s Jenkins’ knack for catchy melodies and pop hooks that queue these tracks up for repeat listens. 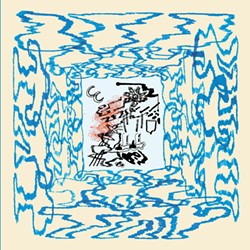 Easily among the state’s most underrated bands, El Paso’s Holy Wave have been quietly amidst the peak of the psych rock world since 2013’s Relax. With Interloper, the band only builds upon that legacy, adding more reverb-drenched classics to their catalogue. Released by The Reverberation Appreciation Society (the Austin-based label also responsible for Levitation Fest), Interloper finds Holy Wave broadening their scope by incorporating synths and new vocal duties into their already lush sound. In turn the band comes across as comfortable and fully realized as ever. 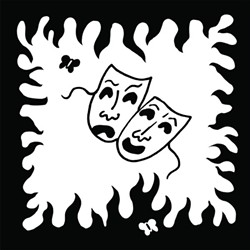 Arising out of Chicago’s increasingly-effervescent indie-rock scene with their 2019 full-length debut, Water, Dehd’s refreshing take on post-punk of the '70s and '80s set the bar high for what the trio would do next. With the help of a proper studio (though still maintaining plenty DIY spirit), the band over-delivered just eight months later with what can only be described as an opus in Flower of Devotion—a 13-track exhibition on guitar music in the modern age. Like Water, minimalism is the band’s weapon of choice here, with drummer Eric McGrady’s two-drum approach backing the group’s two vocalists Jason Balla and Emily Kempf, both of whom are ruminating on the end of their romantic relationship together. Juicy stuff to say the least. Like so many releases this year, the biggest shame here is Dehd’s inability to tour this album, as one can only imagine what effect standouts like “Loner” and “Flood” would have had with singalong-prone audience. 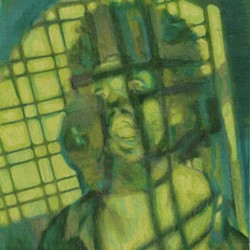 Few non-ambient releases this year were more soothing than the psych-pop sounds of Sundry Rock Songs. This is largely thanks to Yves Jarvis' unique approach to production. Recorded entirely outside, with every instrument played by the Canadian singer-songwriter, Jarvis records layers upon layers of hushed vocals and instruments to create one beautifully dense bed of sound. His ultimate goal being to create a group of songs that represent the color green. Though most of the tracks are short-lived musings that peacefully fade into one another (see “Emblem”), he leaves plenty of room to show off his songwriting sensibilities with fantastic singles like “For Props” and “Victim.” Given his impressive output at the age of just 23 years-old, Yves Jarvis is surely one to keep your eye on. 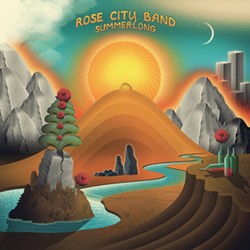 
Rose City Band is the new undertaking of longtime Portland psych-rock legend, Ripley Johnson. Rather than the heavily psyched-out intonations of Wooden Shjips (his primary vocation), or the electronic fun of Moon Duo, Rose City Band is Johnson’s foray into the jam world. As evidenced by Summerlong (and RSB's 2019 self-titled debut), this is a world he’s clearly suited for, as both releases make up some of the best guitar-driven music you’ll find today. Like Wooden Shjips, many of these tunes extend out to the 5-6 minute mark, while all still possess the signature Eastwood Guitar sound (and vocal reverb) heard in everything Johnson touches. However, where this band differs is in its accessibility—a well of tastefully-constructed rock and roll songs that can either take its listener on a heady journey of goosebump-filled moments, or simply exist as background music for any occasion.

Well known as the head honcho of indie-rock’s critical darlings, Big Thief, Adrianne Lenker has built an immaculate track record for filtering deeply personal lyricism through the lens of delicate vocal melodies and savant-like instrumentation. With songs, Lenker succeeds yet again, this time with the sparse backing of acoustic guitars and occasional percussion. Yet, here it’s unquestionably Lenker’s lyricism that takes center stage, as she laments not only the struggles associated with the pandemic, but also a painful breakup. The result is as vulnerable and compelling as music gets. 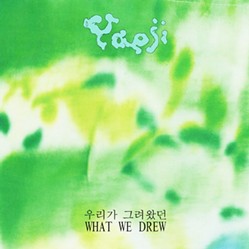 Given its pre-pandemic release date, it’s wildly prescient of Yaeji to center her full-length debut around overcoming the everyday hurdles of anxiety and boredom—topics that nearly all of humanity can now resonate with. Bouncing between English and her family’s native tongue of South Korean, the Brooklyn-based DJ confronts these obstacles in WHAT WE DREW with her trademark level of charm and creativity, as off-kilter house beats bounce behind lines like, “I got waking up down, I got cooking down I got making a list and checking down, I got hydrating down." Never has daily monotony sounded so good.
KEEP THE HOUSTON PRESS FREE... Since we started the Houston Press, it has been defined as the free, independent voice of Houston, and we'd like to keep it that way. With local media under siege, it's more important than ever for us to rally support behind funding our local journalism. You can help by participating in our "I Support" program, allowing us to keep offering readers access to our incisive coverage of local news, food and culture with no paywalls.
Make a one-time donation today for as little as $1.