Houston By the Neighborhood: Economic Development in East Aldine

At the heart of the East Aldine district is Keith-Wiess Park, with almost 500 acres (499.46, to be exact) of pine forests along Aldine-Westfield Road. It's operated by the Houston Parks and Recreation Department and you can explore it virtually yourself through Street View in Google Maps, though nothing will replace the real life sights, sounds and smells of nature.

This large natural resource is just one of the reasons that this neighborhood — loosely bordered by Hardy, Beltway 8 to the north, Hirsch and Little York — deserves a closer look. The western edge of the district is predominantly commercial, while residential neighborhoods flank the park and Highway 59 to the east.

According to the East Aldine District website, the region has one foot in the past and the other in the present. Its origins date back to the 1800s when northbound trains used the region for engine switching stations. Even today, almost half of the residents draw their water from private water wells or septic systems.

The ravages of time will have their way and, by 1998, this region had lost its luster, with high crime, limited county services, inadequate utilities and no sidewalks, making it dangerous for children walking to school. Community members and business leaders took notice and embarked on a 15 year plan to turn those frowns back into smiles again. 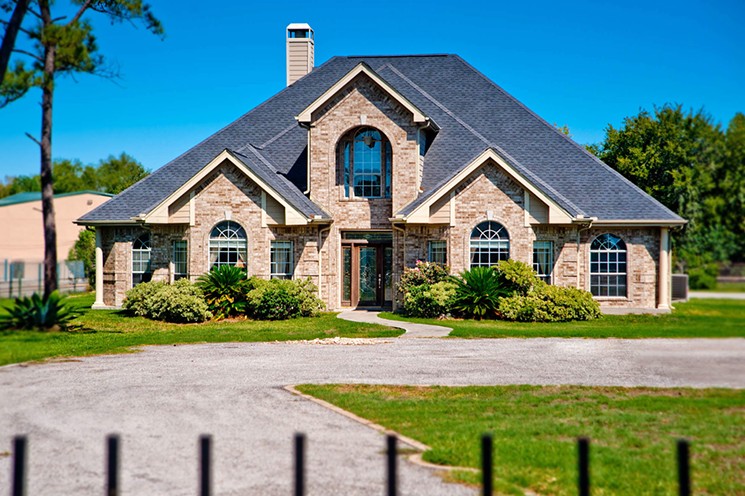 The jewel in the crown will be the $100 million East Aldine Town Center that already serves as home for the BakerRipley Community Center and — once completed — will feature a Lone Star College campus, a Harris County 9-1-1 call center, and an amphitheater that rivals those at Discovery Green and Hermann Park. H-E-B is planning to anchor the retail component with a Joe V’s Smart Shop.

A single family colonial home in East Aldine.
© Photo by Roan Matthews for East Aldine District
It won't be long before home buyers begin to take notice of these community improvements, especially with the area's proximity to Beltway 8 and George Bush Intercontinental Airport. East Aldine should be attractive to commuters who are fed up with traffic congestion or who work downtown.

Here's a quick glimpse of current home prices in the area.
For more information about the East Aldine District, visit aldinedistrict.org.
KEEP THE HOUSTON PRESS FREE... Since we started the Houston Press, it has been defined as the free, independent voice of Houston, and we'd like to keep it that way. With local media under siege, it's more important than ever for us to rally support behind funding our local journalism. You can help by participating in our "I Support" program, allowing us to keep offering readers access to our incisive coverage of local news, food and culture with no paywalls.
Make a one-time donation today for as little as $1.