Four Ways the Astros Can Win Back Houston Fans 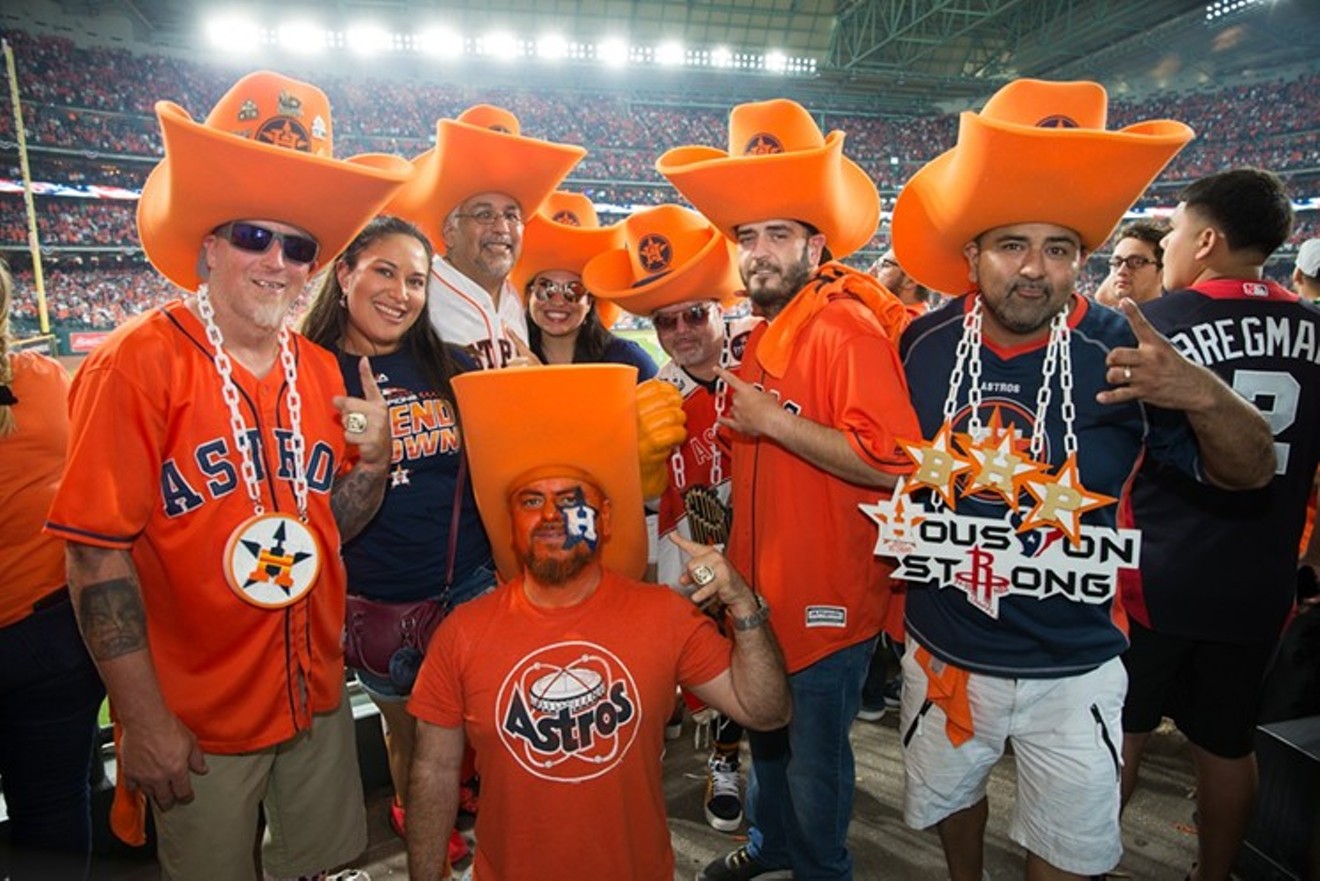 Time to mend fences with Astros fans. Photo by Jack Gorman
The Astros opened spring training with a rather bizarre display of canned apologies from star players and team owner Jim Crane. Things improved in the club house where players dispensed with the script and gave honest responses to questions — as honest as they could be given the circumstances.

Overall, it simply demonstrated how long a season this is going to be a for a team considered a pariah in baseball and players many feel were not given the punishment they deserved. If they want to mend fences with their own fans — frankly, they owe them that much — they are going to need to do better than that opening day press conference fiasco.

It's tough to be completely honest in anything, particularly in a competitive sport where every team is looking for an advantage. But, this is different If they Astros really want to put this behind them, it's time to fess up to what they have done and give fans a peek behind the curtain into what life is like for them every day. Don't try and hide your desire to gain an advantage. Highlight the things you do right and let fans know who you are...truly are. No one who knows this group of players thinks it is full of malcontents and arrogant a-holes. That is an advantage, so use it and open up. Give the fans a chance to see who you really are, warts and all. They will love you for your honesty.

Perhaps the most hurtful aspect of this entire sign stealing mess is that it happened after Hurricane Harvey ravaged the city. All the cries of "this is for Houston" now feel hollow. Fans who saw the Astros winning a title as divine intervention now see it as a deal with the devil. The Astros owe us big time. If they want us to stick by them going forward, they better wear Houston on their sleeves and treat fans here like the most important people they have ever known. For them, they are.

It's fine to be a little cocky on the field, but proceed with caution. Thus far, all the players have done is win with the taint of cheating. They are now under a microscope more powerful than any team has ever faced. This is not the time to brag or walk around with a chip on your shoulder. Now, you need to be contrite, apologetic and, above all, humble. Do your job with gratitude that you weren't suspended, that your fans have your back and that you get to play a game and get paid a lot of money to do it. It has never been more critical for players to recognize the privilege they have and respect it.

Nothing cures like winning. In the case of this season, it is even more true. Not only are the Astros trying to get back to where they were before all of this happened, they are attempting to prove to fans and all of baseball that they don't need to cheat to win. It may be the difference between a legacy of a cheater and one of a champion. That isn't an exaggeration or hyperbole. That is reality. So, prove the haters wrong.
KEEP THE HOUSTON PRESS FREE... Since we started the Houston Press, it has been defined as the free, independent voice of Houston, and we'd like to keep it that way. With local media under siege, it's more important than ever for us to rally support behind funding our local journalism. You can help by participating in our "I Support" program, allowing us to keep offering readers access to our incisive coverage of local news, food and culture with no paywalls.
Make a one-time donation today for as little as $1.