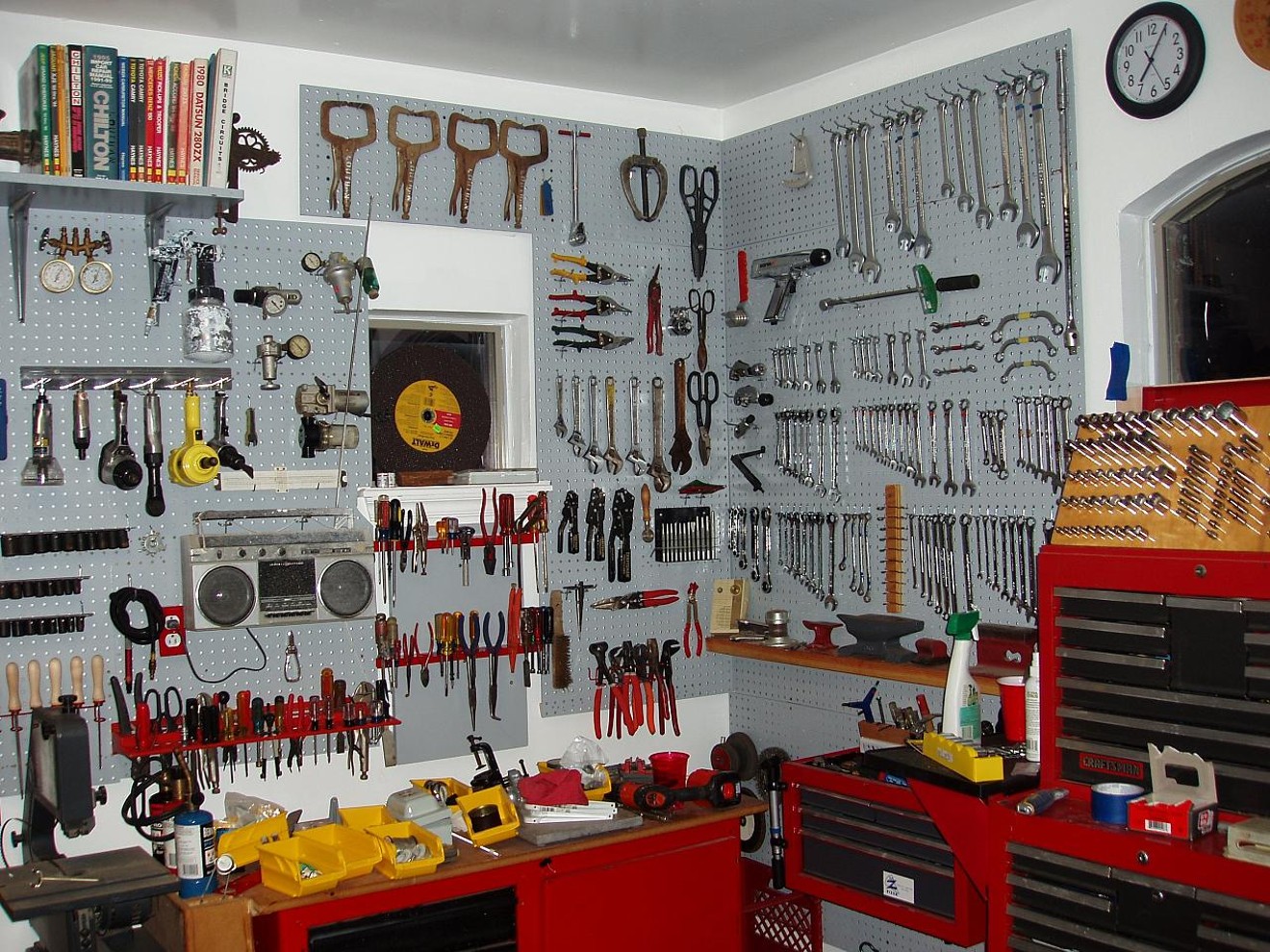 Garage goals during the coronavirus. Photo by mtneer_man
It's been a weird month. Many of us have been stuck at home, quarantining from the coronavirus. It was the right thing, the smart thing and it probably saved a lot of lives. For homeowners who were lucky enough to remain healthy during the time at home, it gave us an opportunity to do some things we maybe haven't done in a while and may not do again anytime soon.

Go for walks (with or without dogs).

Some have taken the extra time to work out, while others have decided to park themselves on the sofa, but virtually everyone at some point or another needed to get outside. Not wanted...needed. Being cooped up for weeks led to some serious bouts with cabin fever, but thankfully we were blessed with some beautiful weather. That mean trips to the nearby park and even walks around the neighborhood with the kids, the dogs or just by yourself, which led to another unexpected consequence...

We weren't the only one's out for walks. So were our neighbors, many of whom rarely see one another thanks to conflicting schedules or simply due to the fact that they din't walk before. We still had to practice social distancing, but the smiles and waves helped us all realize that there were a lot more people living in our neighborhood we didn't know than those we did. We may have even ended up on the driveway having happy hour with some of them by the end of the month...from a safe distance of course.

Clean something you probably won't clean until the next quarantine.

When is the last time you scrubbed the grout in your bathroom or washed the walls or cleaned out the garage? With a month that included a lot of downtime and plenty at home, this was your chance. You may have rationed your cleaning supplies a bit, but chances are you got around to some cleaning that has been sorely needed for a while. Now, when will you do it again? We aren't holding our breath.

When you run down the honey-do list for the average homeowner, there are the standard day-to-day chores, the long-term projects and the someday wish lists. Then, there's power washing. Whether it is your sidewalk, your deck on the siding on your house, there are few chores more procrastinated and boring but utterly satisfying when complete. No one wants to do it, but it feels good when done. As one guy in our neighborhood said, "What the hell else do I have to do?"

Finish that one project you swore you would finish for years but didn't.

There it was, for months, years perhaps, the pile of stuff that was a near perfect metaphor for good intentions. You wanted to do it. You said you would. You made plans, maybe even dabbled a bit, but the task was too large or daunting or life just got in the way. Then, the quarantine. All the time you needed to finally get around to it. No more empty promises, just the sweet sweet feeling of victory when you finished. Now, you can start making your next wishful thinking pile.
KEEP THE HOUSTON PRESS FREE... Since we started the Houston Press, it has been defined as the free, independent voice of Houston, and we'd like to keep it that way. With local media under siege, it's more important than ever for us to rally support behind funding our local journalism. You can help by participating in our "I Support" program, allowing us to keep offering readers access to our incisive coverage of local news, food and culture with no paywalls.
Make a one-time donation today for as little as $1.