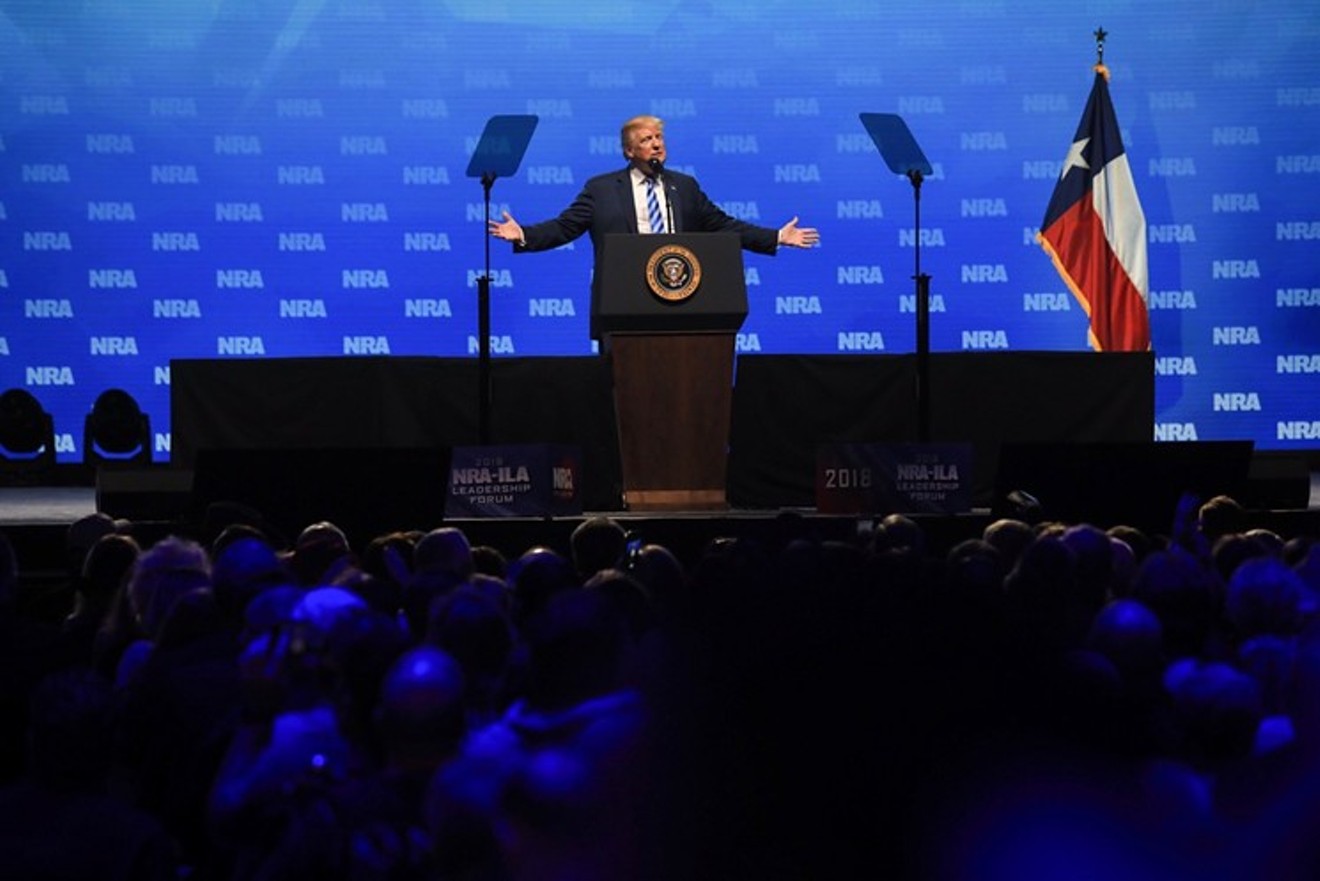 To be clear, he’s done mostly bad ones. He’s more personally corrupt than Chester A. Arthur, more surrounded by criminals than Ulysses S. Grant, and more shamelessly duplicitous than Richard Nixon. I believe the only reason we have not seen a national catastrophe costing tens of thousands of lives is due to sheer luck and the incredible incompetence that wafts from the White House like the lingering odor of reheated Big Macs.

But, it is a point of faith with me that you should always be able to name five things that you do like about a president you don’t like. Admittedly, getting to five concrete contributions to a better world for Trump has not been easy, but I can juuuuust do it. Asking fans of Trump what good he’s done tends to result in nebulous, emotional benefits that tie into nationalism, patriarchy, and white supremacy. This list is none of those. It’s just a record-keeping article illustrating what good he has managed to do. As a judge takes cooperation of a state witness into consideration before pronouncing a sentence, so should these be in the barrel.

It seems like a joke that a president under so many criminal investigations would be for prison reform and the betterment of the incarcerated, but he is. Trump has actually moved the needle quite a bit regarding our terrible prison system. The First Step Act may be, appropriately, just a nudge in the right direction, but it is undeniably movement. Among its initiatives are expansion of earned-time credits, more chances for prisoners to slowly transition from prison to society through halfway homes, time off sentences for vocational achievements, and better approaches to mandatory sentencing that retroactively reduce drug sentences of ridiculous length. Let’s also not forget he personally granted clemency to Alice Johnson, a 63-year-old woman who had been serving time for a drug charge since 1996.

After the NRA spent years saying Barack Obama’s gun confiscation was right around the corner (and thereby increasing gun sales to an all-time high), it’s somewhat ironic that Trump has embraced gun control in small ways. His administration used powers already granted to the justice department to ban bump stocks, the accessories that allow semi-automatic rifles to mimic automatic ones. The shooter in the 2017 Las Vegas massacre, which remains the deadliest mass shooting in United States history so far, used one in his attack. He’s unfortunately vowed to veto an expansion of background checks passed by the House this year, but there’s no getting around that he did eliminate one of the tools of mayhem with a single pen stroke.

For a president who seems to literally be unable to stop lying, Trump actually has a good record keeping campaign promises. According to Politifact, who kept a similar record for Obama, Trump has kept in some form or is working on more than half of the promises made on the campaign trail.

One of those promises was that he would donate his presidential salary rather than keep it, and every year he has done exactly that. He has gifted his entire paycheck to various places since assuming office, including the National Park Service, the U.S. Education Department, the Transportation Department, the Department of Health and Human Services, and the Department of Veterans Affairs. My personal favorite was him sending $100,000 to the National Institute on Alcohol Abuse and Alcoholism, which he did in memory of his older brother, Fred’s, fatal struggles with booze. If Trump continues the practice, his donation amount will actually surpass Obama donating his Nobel Prize money by 2021.

Every time the words “Trump” and “treaty” are in the news it’s safe to assume that something horrible is going to happen, but there is one instance in which an incredible benefit was the result. The trade deal his administration made with Mexico and Canada came with the caveat that Mexico would overhaul its labor laws. They did so, and part of the new set of laws that just passed gave workers the right to collective bargaining. Previously NAFTA helped keep unionization out of Mexico as U.S. companies sought cheap labor there. The new deal, USMCA, seeks to de-incentivize moving jobs beyond the southern border by improving the lot of Mexican workers. This is a huge move to combat bad practices by corporations eager to save money at labor’s expense outside of the United States.

This one is admittedly a proposal rather than a done deed, but I feel it’s worth mentioning. Trump has set forth a bold new plan regarding HIV/AIDS in America, which is refreshing considering how many people his party directly killed by ignoring the AIDS crisis in the ‘80s. The thing I find interesting about the proposal is how seriously it takes the poverty aspect of the disease’s presence in America. The goal is to have a 90 percent reduction in ten years as well as get people on drugs that stabilize the disease in order to improve their quality of life. Particular focus is placed on rural areas, which have received less attention.

There are some downsides. Experts feel the proposed $291 million budget will be insufficient, not to mention that the massive undertaking will take dedicated cooperation between federal, state, and local government. Also, turning our eye home has lessened resources slated to go to fighting AIDS abroad, but you’ll have to solve that particular Trolley Problem for yourself.

None of these examples are meant to excuse the many terrible things done in the two-year decade that has been the Trump Era. He continues to wage war against marginalized people, place grifters in power, fan white nationalism, and enrich himself through his position. He’s not a good president.

But even a blind squirrel finds a nut occasionally.
KEEP THE HOUSTON PRESS FREE... Since we started the Houston Press, it has been defined as the free, independent voice of Houston, and we'd like to keep it that way. With local media under siege, it's more important than ever for us to rally support behind funding our local journalism. You can help by participating in our "I Support" program, allowing us to keep offering readers access to our incisive coverage of local news, food and culture with no paywalls.
Make a one-time donation today for as little as $1.