Six Houston Sports Stories We Can Look Forward to in 2021 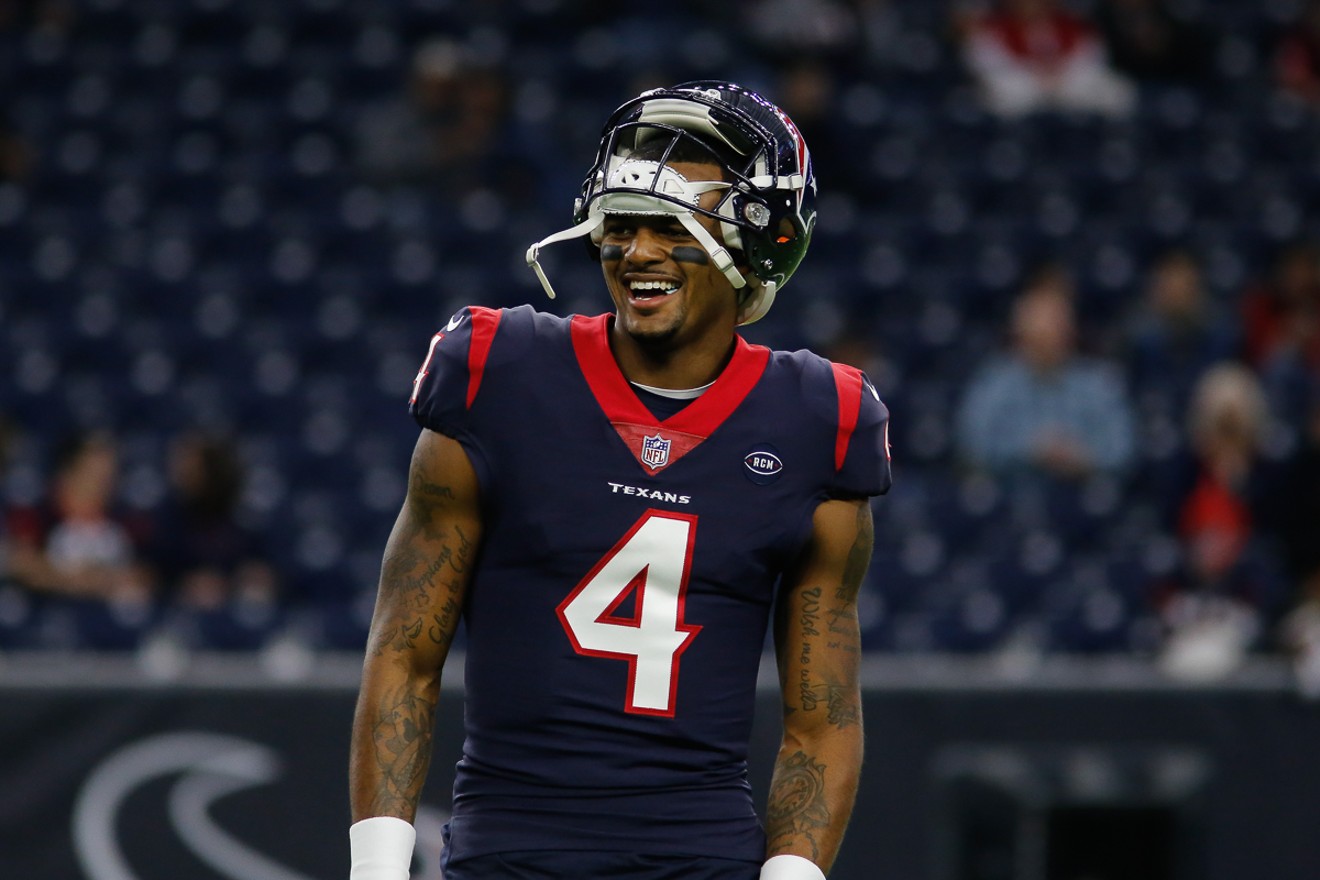 When all else fails, we still have Deshaun. Photo by Eric Sauseda
We all know 2020 has been...a year. Between the pandemic, recession, political upheaval and racial injustice, it feels like we managed to squeeze at least a decade into the last 365 days. Just because 2020 is finally over doesn't mean the issues are, but we hope that we can turn the page on at least a few of last year's problems.

Here in Houston, we suffered through some particularly weird and difficult sports moments. Sure, Houston is pretty used to that, but when you combine all of the, it's a LOT. Just a quick overview:

So, yeah, it's been something here in Houston. It's hard to imagine a more ridiculously bad year in Houston sports, but then again, the twenty-eighth anniversary of the "Buffalo Game" was the same day that the Texans lost 41-38 (same score as Oilers/Bills) in the last game of a 4-12 season, so we aren't holding our breath. Still, there are some, at least what appear to be, positive storylines heading into the new years. Here are a couple for each team.

Deshaun Watson is still a Texan.

Honestly, is there better news for the Texans or Houston sports in general? Had the Texans not been so God awful this season, Watson would (should!) have gotten serious MVP run. It was the best year of his career and he's still improving. Without him, we aren't sure the Texans win a single game. With him, they not only eked out four wins, but they were close in numerous others. He clearly makes the team better just by being on the field and he just signed a long-term extension.

It's always a little tricky predicting something like new team leadership will be a good thing, particularly with the Texans who have managed to screw up those decisions again and again. It would seem they are taking this seriously having hired a kind of Shark Tank panel of former players and executives to consult on the hires. GM will be first and, thankfully Jack Easterby, the guy who was supposed to rebuild (build in the first place?) the culture of the team will not be on the list. Frankly, it wouldn't be a bad thing if the McNair family hollowed out the entire front office like they doing triage on a gaping wound because that's what it looks like over on Kirby. 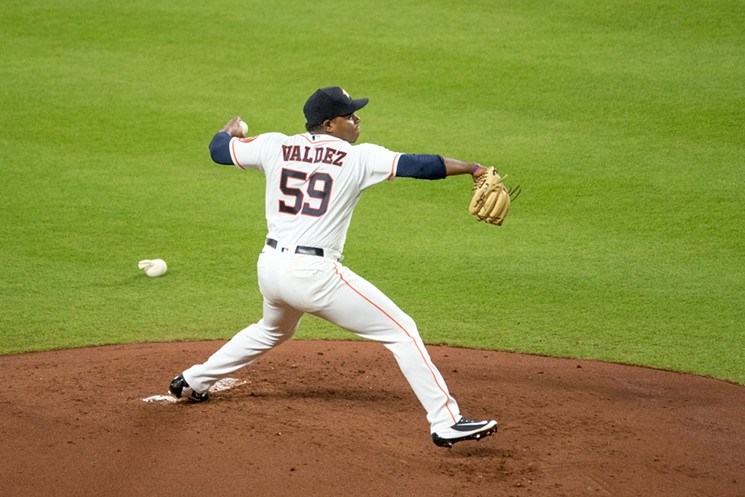 Framber Valdez was the best Astros pitcher in 2020.
Photo by Jack Gorman
Astros pitching is better and younger.

No one could have predicted that the losses of talent like Gerrit Cole from the starting rotation and quality depth in the bullpen would lead to the discovery of new, impressive young talent, but that is exactly what happened in 2020. Enoli Paredes, Jose Urquidy and Cristian Javier were among the standout arms. That doesn't even count Lance McCullers, Jr., who managed to stay healthy for the entire (albeit abbreviated) season and Framber Valdez, who emerged as one of the best lefties in the AL. The future is brighter than we thought going into 2020, at least on the mound.

Yordan Alvarez will be back and joining a still potent lineup.

When you look back at 2020, despite the loss in the postseason and some of the injuries, the Astros season was really a success when looking forward because of the emergence of young talent. We've already discussed the bullpen, but the return of Yordan Alvarez, the rise (finally) or Kyle Tucker and the monster season (also, finally!) from Carlos Correa points to a bright future at the plate as well. Yes, the Astros will undoubtedly lose George Springer to free agency, but Alex Bregman continues to get better, Yuli Gurriel is back for another season and Jose Altuve remains the heart of the team.

Rockets Silas is a keeper.

When you consider the tumultuous offseason for the Rockets, it's incredible that it only ranks at best second (Astros cheating) and probably third (Texans disaster) in just this city's wildest moments. But, with their coach and GM gone, the Rockets turned within for a new GM and hired a young, talented coach in Stephen Silas. By all accounts, Silas is not only good at his job, he is beloved by everyone on the team. His youth and his calm approach has won him fans with the players and media. It looks like the Rockets nailed that hire perfectly.

One thing you might not have noticed over the last few seasons is that the Rockets were getting older. In fact, they have routinely been one of the oldest teams in the league in recent years. But, that began to change in earnest this offseason. The addition of Christian Wood and Jae'Sean Tate have given the Rockets a roster with both talent and a future. No one is expecting John Wall or James Harden's talent fall off a cliff (assuming Harden is still a Rocket), but is is clear the organization has made getting younger and more flexible (note the addition of numerous draft picks) going forward.
KEEP THE HOUSTON PRESS FREE... Since we started the Houston Press, it has been defined as the free, independent voice of Houston, and we'd like to keep it that way. With local media under siege, it's more important than ever for us to rally support behind funding our local journalism. You can help by participating in our "I Support" program, allowing us to keep offering readers access to our incisive coverage of local news, food and culture with no paywalls.
Make a one-time donation today for as little as $1.